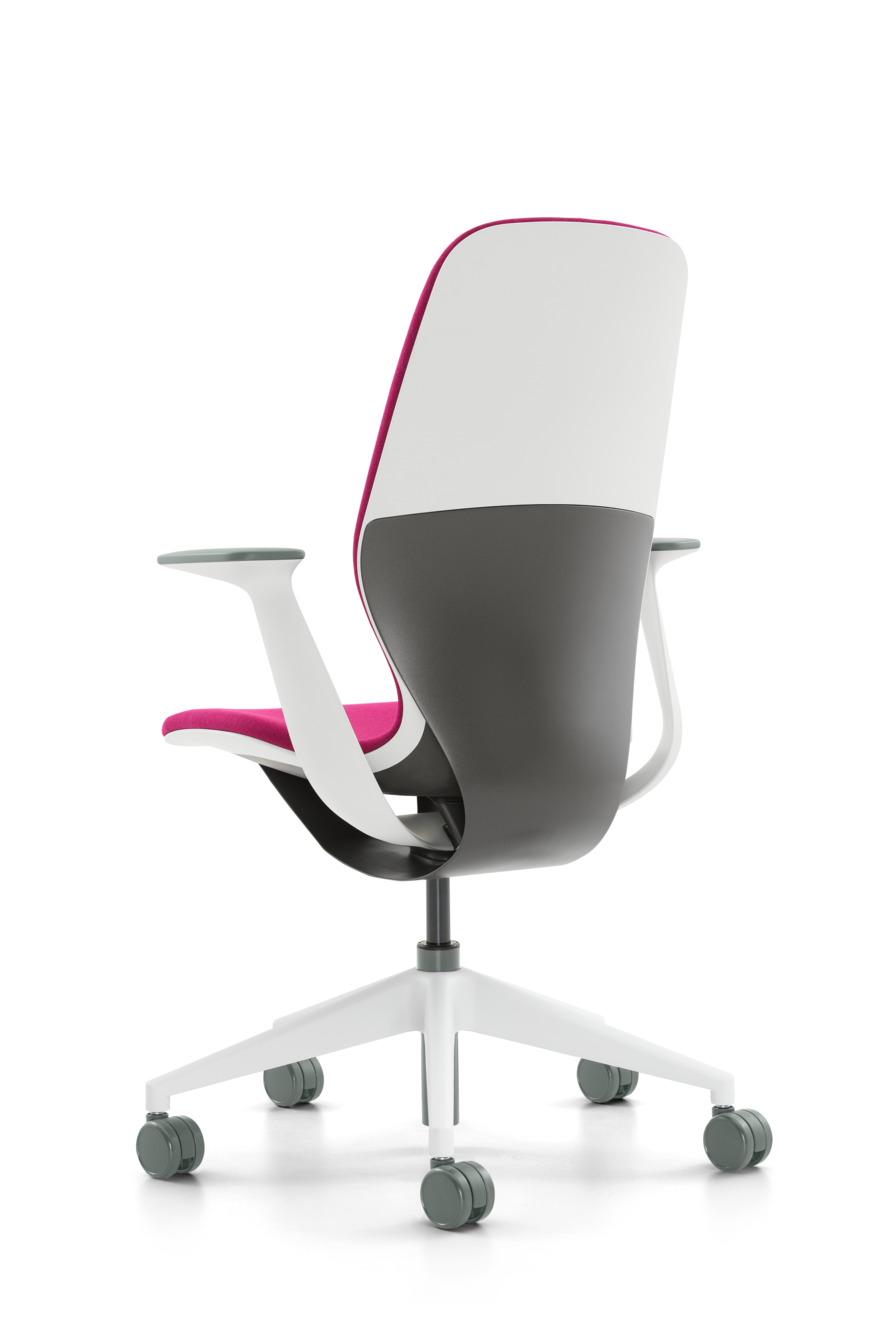 Steelcase recently announced SILQ, an office chair inspired by the sleekness of aerospace designs and the high-performance of Paralympic prosthetic legs. While the chair itself is beautiful and the inspiration is clear in the final result, SILQ's uniqueness lies in its revolt against the corporate design process, stagnant work days and luxury materials.

Steelcase VP of global design and engineering, James Ludwig, worked with just four other designers on this project. They kept their work a secret for months, literally locked away in a small room within Steelcase's massive Innovation Center.

With motion around the workplace becoming an increasingly popular trend, the five-designer team behind SILQ recognized a hole in the market. They knew they needed a beautiful chair that wasn't meant to be sat in for an entire day, but a flexible one that can be a place of landing while running to and from meetings and taking standing breaks—the new way of work. SILQ's form factor eliminates many of parts used to create typical office chairs, which means it heavily relies on material to create motion. 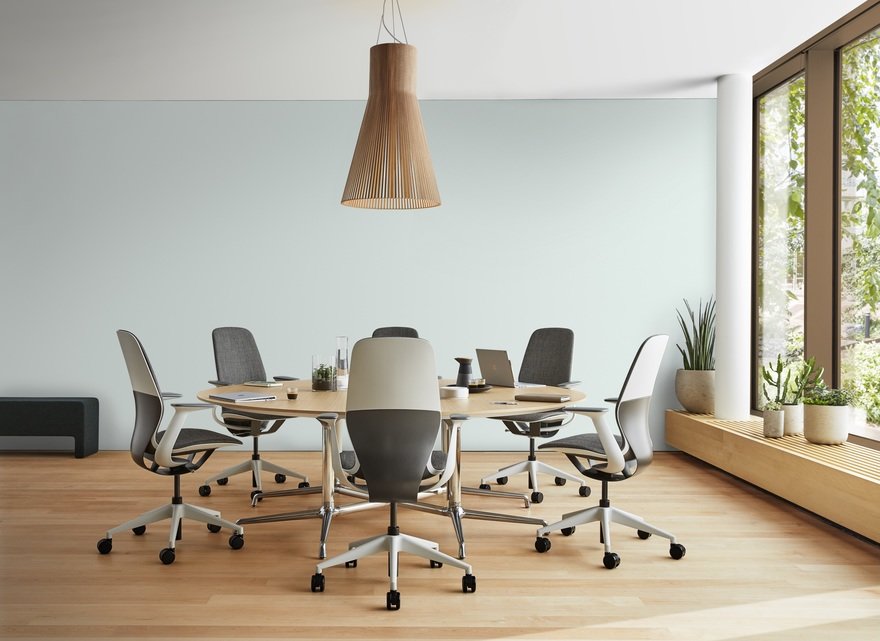 After designing the chair in carbon fiber, a material that made sense based on its strong, lightweight qualities, Ludwig and his team realized carbon fiber was too expensive to reach a wide enough audience. This realization sparked the idea to create a new, cheaper polymer that mimics the high-performing qualities of carbon fiber.

We sat down with Ludwig to chat about SILQ's fascinating design process and the "aha" moment that lead to his team's material breakthrough:

Core77: Let's delve right into SILQ's design process—it's insane that you were able to lock your team in a room for months to carry out this secretive design project.

James Ludwig: We came out for snacks.

It's a metaphor for, I would say, creating context for a fragile idea to become more robust and ready to be set free in the wild. We literally took a small room in the Innovation Center, which is about 50,000 square feet and is quite an impressive space. But, our space for this project was something like 10 feet by 15 feet. We literally did put paper on the windows and a lock on the door, and only two of us knew where the key was hidden. It was really to protect the idea more than it was to lock us in a room. 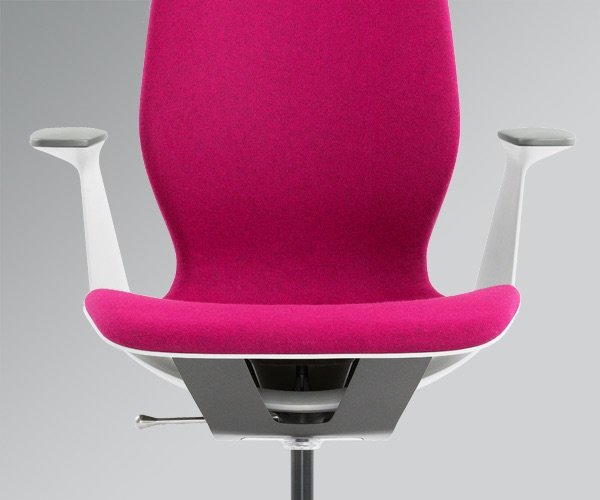 While we would go about leveraging all the resources that we have around us, which the whole organization provided, it was also about freeing the head space and creating time on people's calendars to not have to worry about the things that they might've on a day-to-day basis—going to meetings with people who finance and the typical things we do in product development. Letting the idea really drive the process rather than the process drive the development of the idea.

When I say locked us in a room, we did have that private space. One of the designers who was on the project actually said, "Yeah, I didn't go to a meeting for a year." That was so amazing, first of all, that we were able to do that. And second of all, the impact it had on being able to go deep on the idea and develop it. In a way, this is not so common in a corporation.

You had the vision for SILQ about ten years ago—was it frustrating for you to wait this long to bring it to life?

I would say the great part of my job is we have over a hundred projects ongoing every year in my studios, so there was no shortage of things keeping us busy. And we were doing some really interesting, innovative things along the way, even in the seating category. I would say it was more of a nagging sense of something there without being able to solve it than it was frustration. 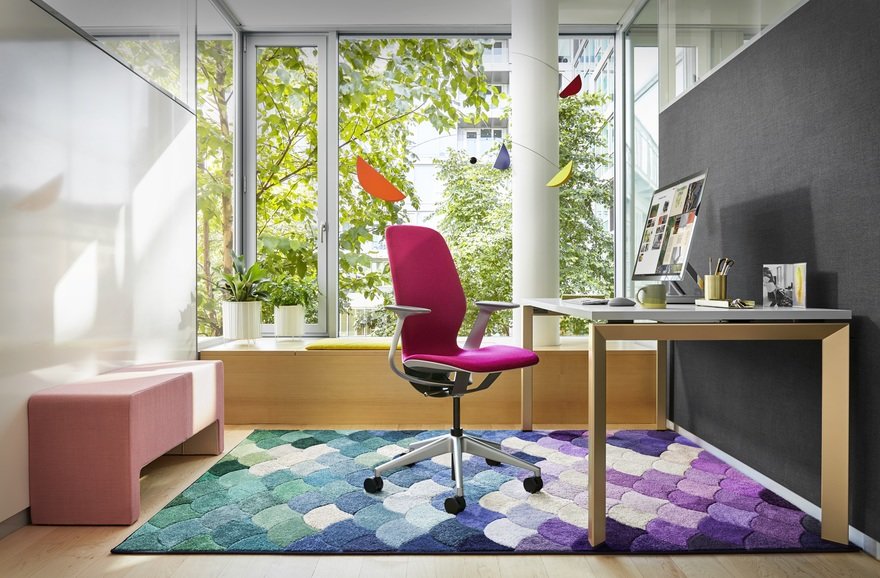 When you talk to designers and architectural people whose roles are to take some big foggy problems and make them more tangible, it's often an accumulation of small insights from unrelated experiences that make them have that, sort of, "aha" moment. I guess in a sense, it was the confidence. We were patient. We accumulated the capabilities and the knowledge, but there was always that thing in my mind that was a little nagging sense of wondering when would we be able to get back to this. That then drove us to say, "Well, no one's ever gonna ask for this. So, we just have to do it ourselves."

A common theme throughout this process for you was "material becomes mechanism". Can you speak to the meaning of this and how you applied it to SILQ's final design?

There's something magical that happens when materiality becomes a big part of the equation—what it looks like, how it performs and what it's made of. I hold the principle of these three things coming together in a unique way pretty highly in our design philosophy, and we were wondering if we could do that in a more complex system. I had previously only seen that in simple systems like the contact lens or the heart stent.

There is a virtue in simplicity, and machines don't generally embody simplicity. So, the nature of a material-based solution really sat in a sweet spot for us—how can we fuse the notions of simplicity and performance? Once you get there, you're like, "Well, there has to be something new. We can't just elaborate on the same old exquisite mechanisms, machines.

Is that what led to you and your team's decision to develop this new material?

Yeah. I think what happened along the way was, our previous knowledge of carbon fiber was sort of the genesis of the initial idea and solution. The invention was being able to solve this technical challenge of complex motions supporting the human body at work with something that's material-based and elegant. We were able to solve that challenge with the use of carbon fiber. 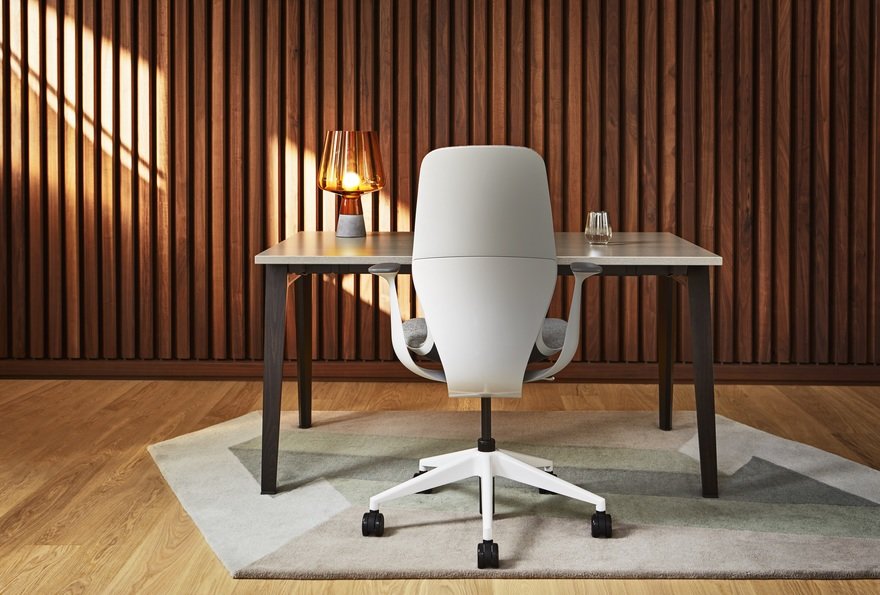 That was the moment of invention, but I think the real, true moment of innovation was when we realized, "Well, there is a premium to carbon fiber, and while we know we can sell something like that because it's a compelling proposition, innovation is really defined by impacting lots of people's lives". So, the drive to create this new material process was really the drive to turn this invention into a true innovation and be able to sell it at scale. Obviously, we're a business and price defines how many people we can reach. We needed to move from a premium solution to a more mass market solution, and that was what the drive to invent the new material was.

What would you say is the main thing you learned from this whole experience?

I feel like here I am. I'm in this large corporation who has a leadership position, and we built our brand on all of these things, and yet the ability to play startup was so key to this process. Every traditional leader in any business right now is faced with numerous disruptors, and some of those are coming from different places, from non traditional competitors. We're no different in that instance. So, when we're together as an executive team, there is very little resistance to try new things, in the sense of disrupting ourselves from the inside. So, that was key. 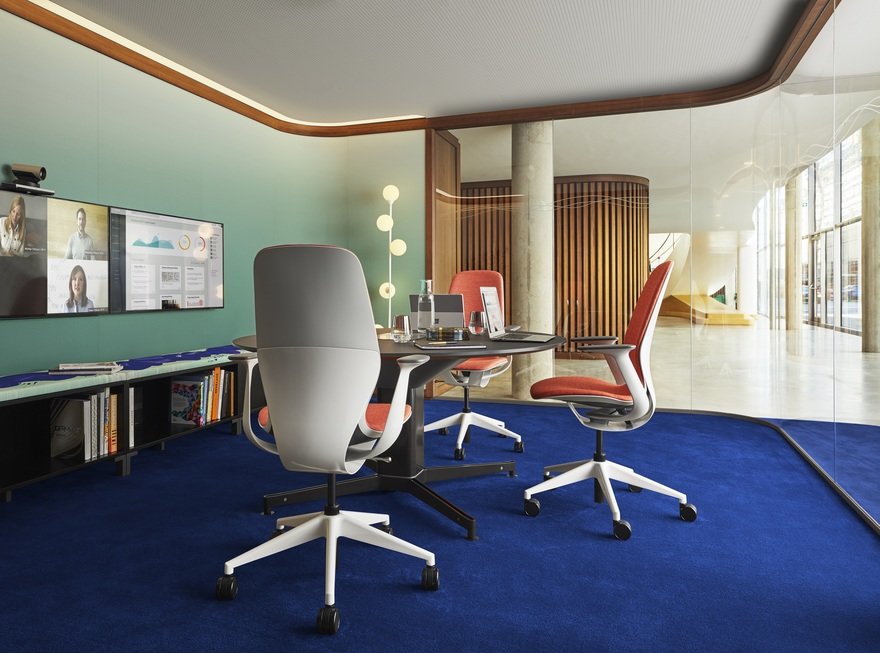 There's always a why, a what and a how when you solve a problem. So, for me, why was this important? Well, the nature of work is changing. It's not about one person, one desk and one chair. People are moving around. They are looking for an ecosystem of spaces—the best place for me to work at any given moment in the day, when I need to focus or when I need to collaborate. We saw that as a key opportunity, and if we would've solved this in '08, it might have been too early. So, that's the why.

The what, obviously, is the chair. We were able to create something that really fell into this sweet spot of recognizing the need for a a new intuitive.

The how was also a big part of my job, which is that we need to continue to reinvent, not just the things we do, but how we do them. If you were in one of my one-on-ones with my boss, the CEO, we're always trying to figure out how I can spend time working with my teams to discover new ways to do things so that we don't become stagnant as a big company. The experiment in how to do things differently led to this new solution, and that was, for us, almost equally as exciting.

What do you think SILQ and this new material mean for the furniture design industry?

I have a hypothesis that in every product category or even at an industry level, there are these things that I call threshold moments, where after you move through them, it's hard to look back and say, "I could be excited about that again." Look at the telephone or even how we communicate—when I was growing up, I was making telephone calls on dial phones, and then the touch tone phone was the big innovation. And, now look at the devices we're using to communicate with. Aside from maybe some projects that are done with irony, if you think of the world-changing communication device, it's going to be hard to imagine having to dial or push a bunch of buttons while these experiments exist. I think in the same way, in our industry, it's going to be hard to look back and be excited about sitting on machines.

Time will tell, right? I think it's a threshold moment. For us, we're excited about this, but we're all also excited about, now, the knowledge and the platform to be able to work on new material-based ways to replace these machines in our environment. We have enough complexity around us, so it's time for a new simplicity.

SILQ will be available in the new high-performance polymer as well as carbon fiber. Learn more here.