This one sketch is all you have to go on

This entry is why I'm psyched that Core77's readership contains actual working industrial designers who know how to draw. So here we go:

Although Preston Tucker is often described as a car designer, he really wasn't; he was a car-obsessed entrepreneur who hired prominent designers of the 1940s, like Alex Tremulis and J. Gordon Lipincott, to realize his ideas. 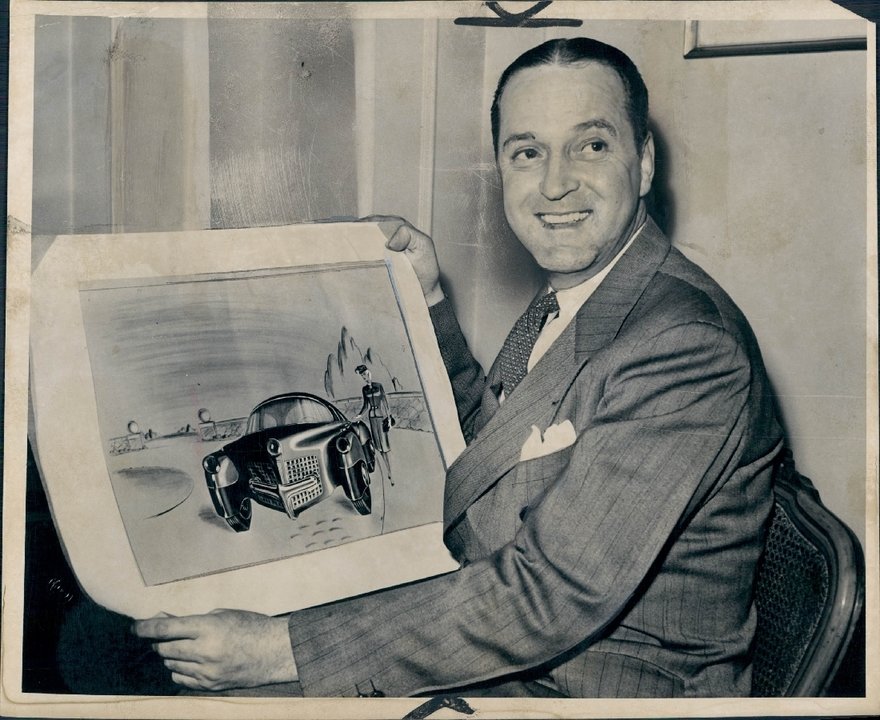 His Tucker '48 famously never made it into mass production, with just 51 models being built before he was indicted (but not convicted) of mail fraud, conspiracy to commit fraud and violation of SEC regulations. After that his business tanked. 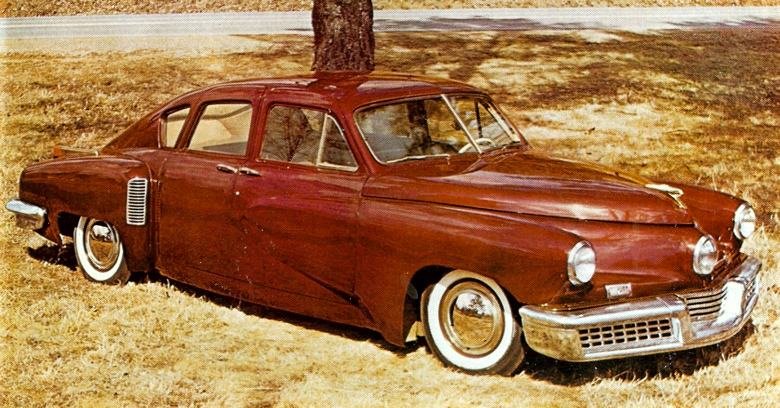 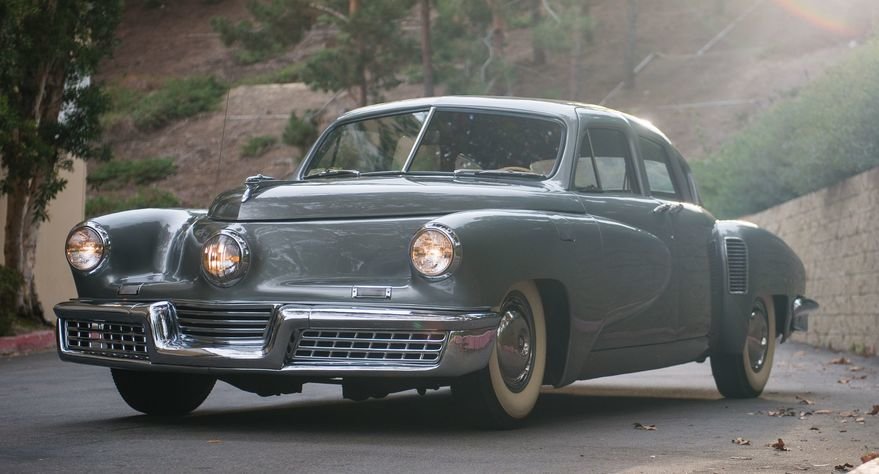 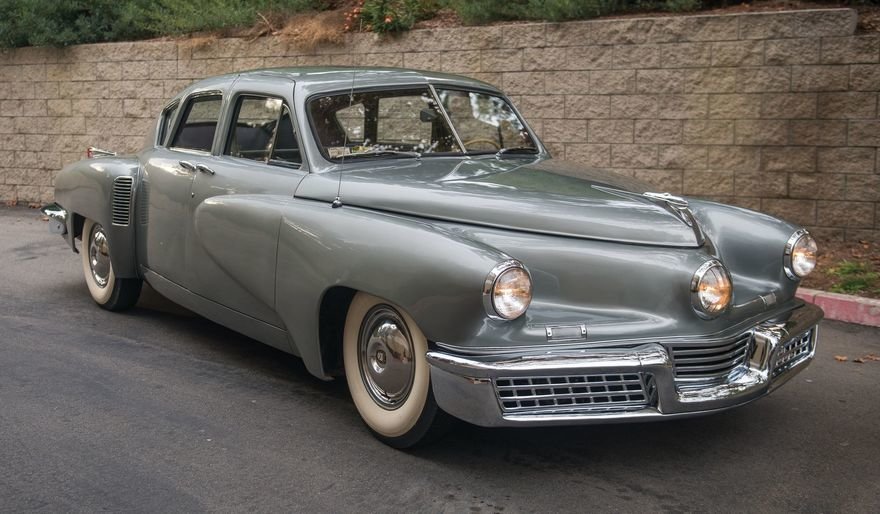 What would have happened had he succeeded? Steve Lehto over at Road & Track dug this sketch out of the Tucker Automobile Club of America's archives, which contain some 400,000 drawings, blueprints and documents: 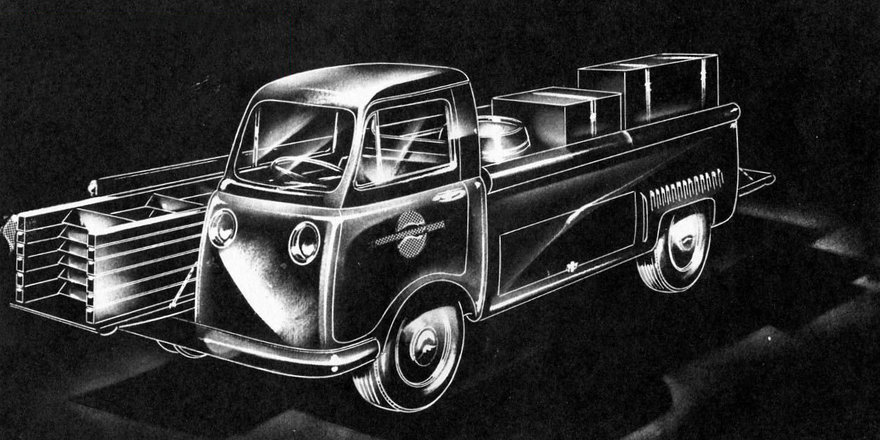 As you can see it's an unusual design for a 1940s-style pickup truck that's longitudinally divided. The design would allow for easier sidewalk loading/unloading of long objects and appears to have a narrow enclosed bed behind the driver. Obviously this design never got made, and this is the only image I could find online.

So I'm asking the sketch-happy among you to complete the design.

1. What does this look like from the other side? From a rear 3/4 view? What's that panel between the wheels? Are there integrated design elements to handle securing goods on the flatbed portion? Where is the engine located?

Some other directions you could take this:

2. What would you draw if Tucker had hired you and asked you to provide an alternative sketch based on this idea?

3. What would this look like with a modern-day pickup?

I'll leave it up to you whether you'd like to stick with the 1940s white-on-black rendering style or get more modern with it. Eager to see what you come up with!