How Team USA's Self-Heating Olympic Jackets Work, and a List of the Design Firms That Helped to Create Them

It's so cold in PyeongChang that Italy reportedly advised their Olympic team "to skip the entertainment portion of the ceremony" due to the subzero temperatures. It would not be like the Italians to take their fashion cues from us Americans, but perhaps in this case they ought have; Team USA is being kept toasty courtesy of the self-heating battery-powered parkas they've been provided with. 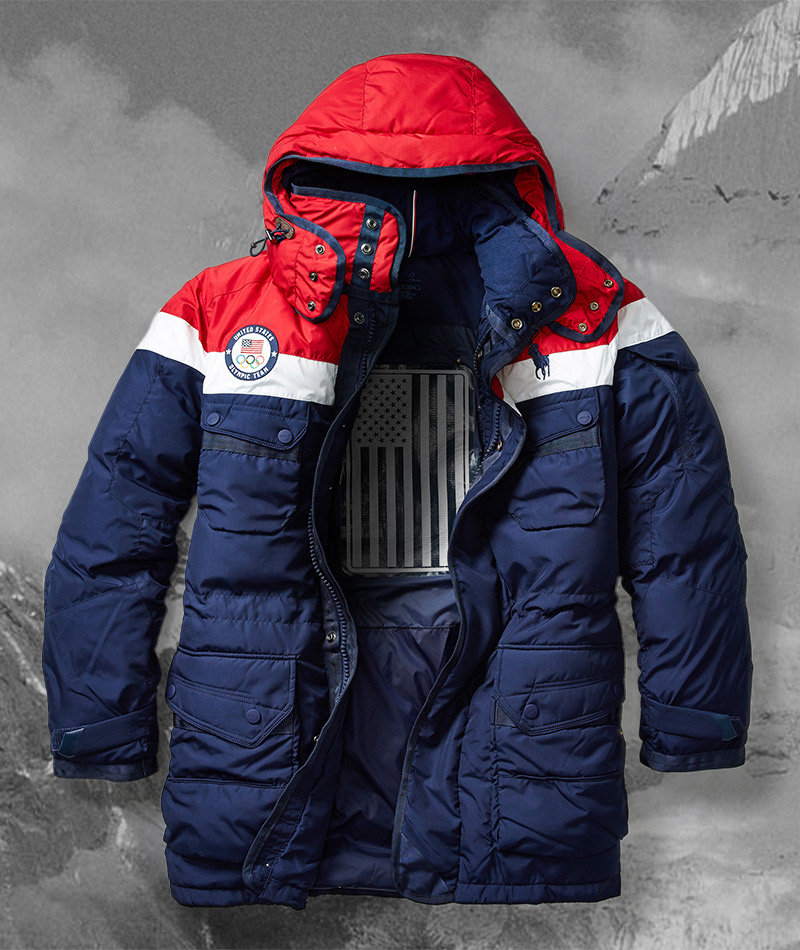 The water-repellent, fully washable, down-filled jackets feature an American flag printed on the back--the inside of the back, that is. This flag is not meant as conspicuous badging, but is printed using conductive ink. A removable, rechargeable battery can be stored in a pocket and plugs into the jacket, and the resultant juice heats up the flag. There are three different power settings, and on the lowest the flag with stay warm for up to 11 hours. 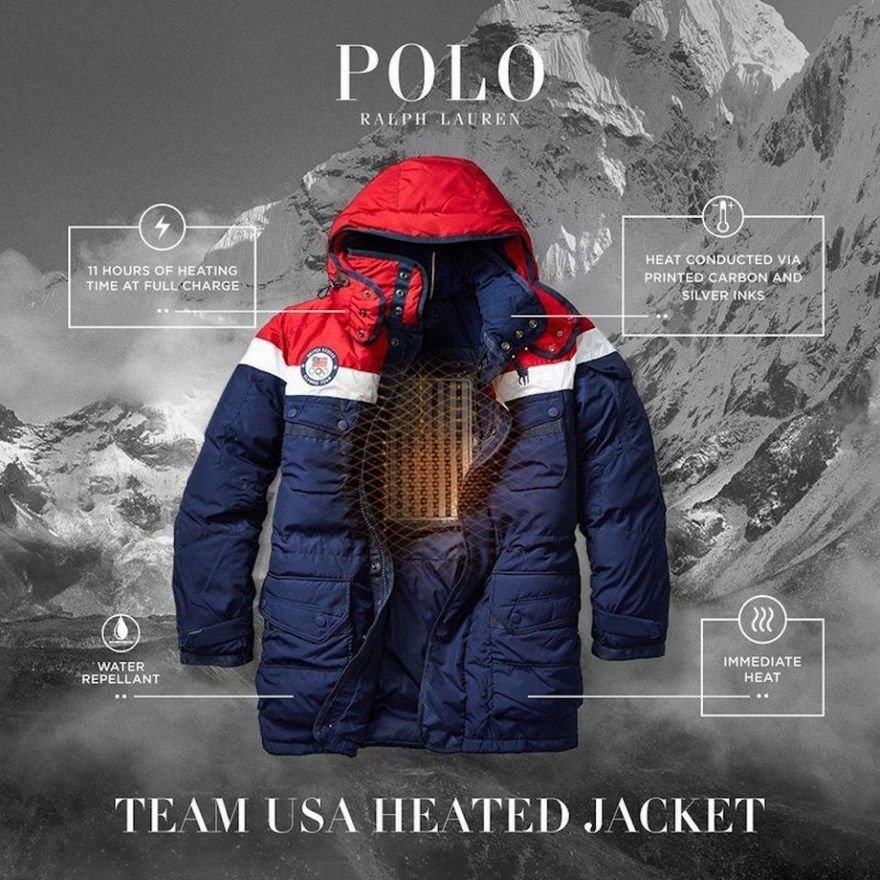 Although the jacket is branded Polo Ralph Lauren, the company makes it very clear that it was created via collaboration between multiple design firms and manufacturers.

Delaware-based DuPont noted that "Other heated garments are available, but they are heavy and full of stiff wires;" to avoid this they developed the conductive ink. They then worked with Pittsburgh-based precision printing company Butler Technologies to apply said ink. 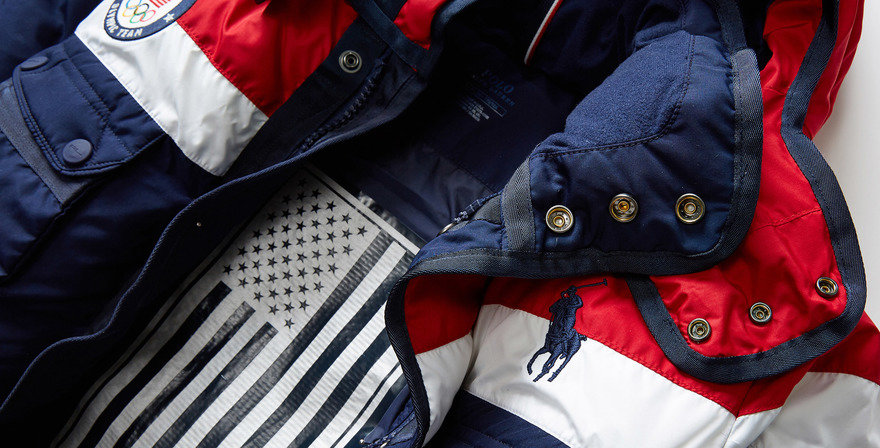 Massachusetts-based apparel manufacturer 99Degrees, which specializes in both sewn and bonded sportswear, was contracted to attach the heating system to the jacket's lining.

For the all-important connection point between the battery and the jacket, NYC-based consultancy Principled Design's ConnexI/O e-textile connector interface was used. As with Key Tech's contribution, design for manufacturability was a key concern here: "Key to ConnexI/O is our 'snap-and-latch' technology," Principled writes, "which allows our connector to be integrated on the apparel factory floor, requiring no soldering, opening up new opportunities for the seamless integration of electronics into a variety of e-textile substrates." 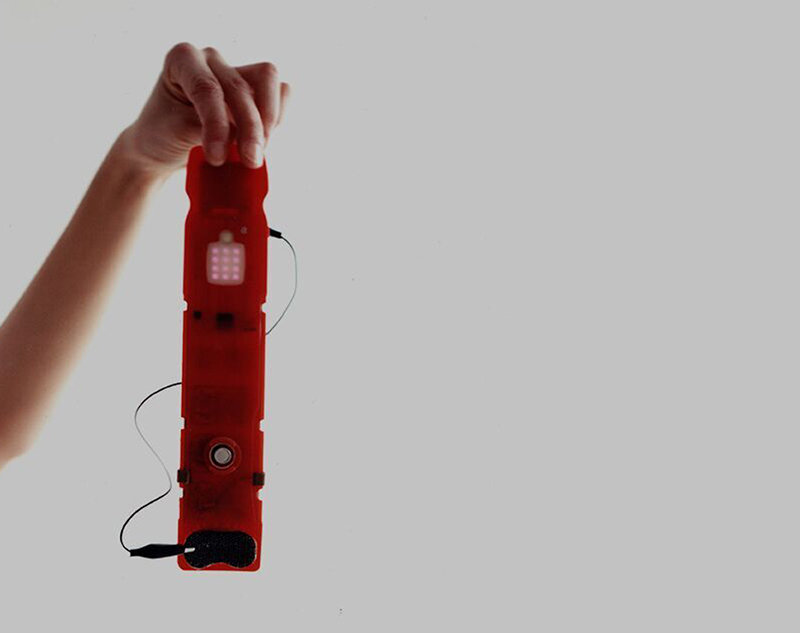 And finally, the jacket itself is manufactured by New-Jersey-based garment manufacturer Better Team USA.

Alas, all of this American design, engineering and manufacturing prowess have been offset by another American quality: Greed. The jacket was offered for sale to the general public and sold out immediately; originally costing $2,495, they are now being flipped on eBay for up to six grand.

To counter this, PRL will not offer future production runs for sale online. Anyone who wants to be put on a waiting list has to call their store in SoHo.

How Team USA's Self-Heating Olympic Jackets Work, and a List of the Design Firms That Helped to Create Them