Skeleton Sleds Go 80 M.P.H. and Have No Brakes. Here's How They Stop--and Why They Never Show It

This is the Olympics, and that's the best we can come up with?!?

A Core77 staffer brought up a great question at yesterday's editorial meeting: How do luge and skeleton riders come to a stop? These things max out at 80, 85 miles per hour and have no brakes.

So I looked into it--and apparently it's different for luge and skeleton riders. The first part of stopping, for either of them, has to do with the course design and gravity: 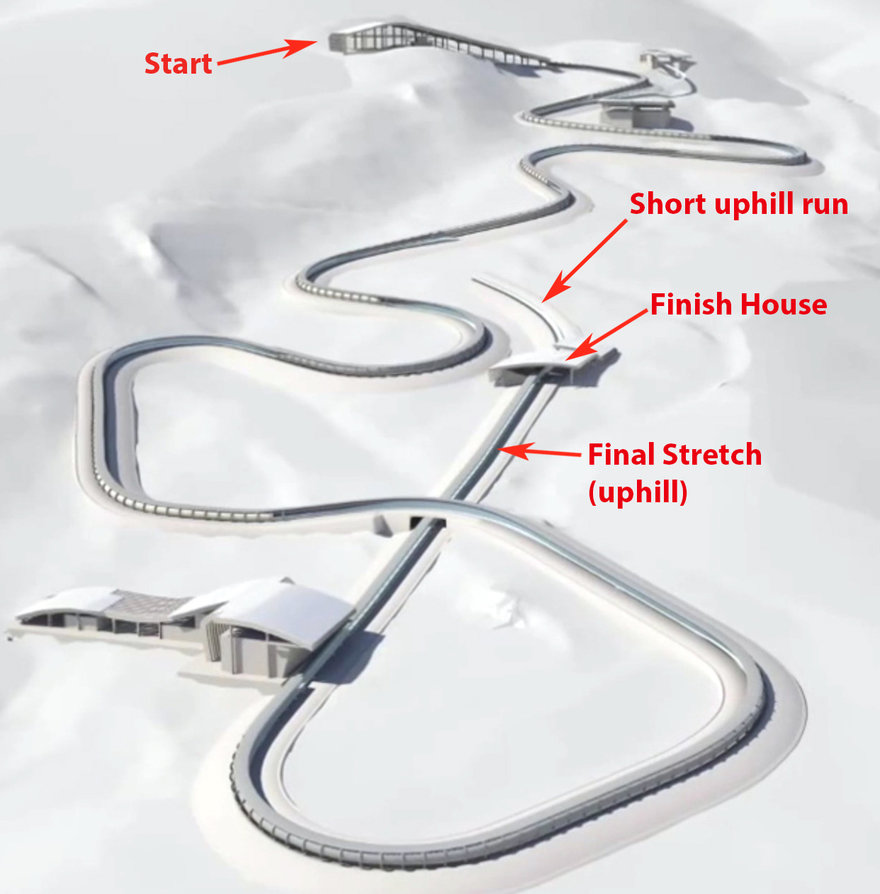 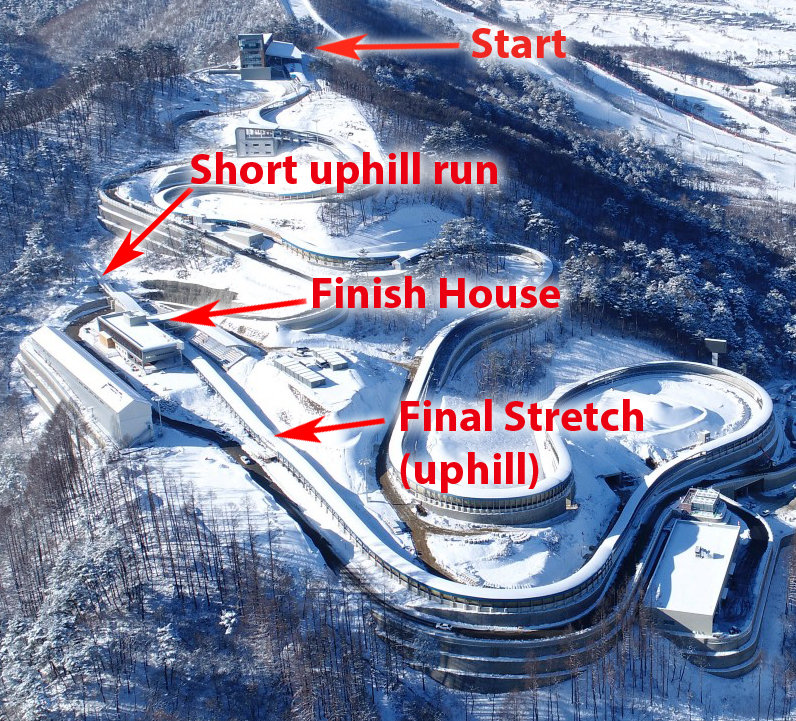 Bobsled/luge/skeleton track designers always introduce a sweeping turn towards the end of the track, so that the final stretch goes back uphill to scrub off a little speed. After the athlete rockets past the finish line, there's a short uphill run. Luge riders can then sit up to add wind resistance, pull up on the front of the sled to dig the runners in, and put their feet down to add drag. (Here's footage of luge riders coming to a complete stop.)

As for skeleton riders, The Seattle Times had this to say: "Skeleton sleds…have no brakes; racers slow them by sitting up and putting their feet down on the ground over the course of the finish area, which runs back uphill toward the starting position to allow slowing by gravity."

However, when I looked for footage of this, I couldn't find any. Maybe I was looking at the wrong videos, but this morning I pored over footage from Pyeongchang and Sochi and never saw a skeleton rider coming to a stop. Then I found this video from Vancouver's 2010 games, and a couple of frames flashed by where I saw something weird. I had to freeze-frame it:

Uh, what the eff was that?

I scrubbed through the video carefully to isolate each moment of this, then cut it back together and uploaded it. Here's what I came up with:

Looks like a thin but long sheet of foam that they throw in front of the rider, like they're trying to catch a wild animal in a net. Talk about inelegant, it's no wonder they never show it. 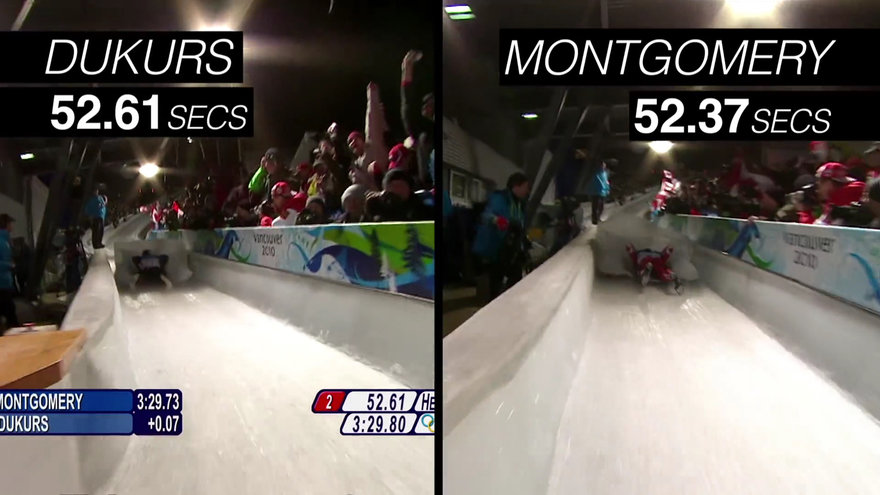 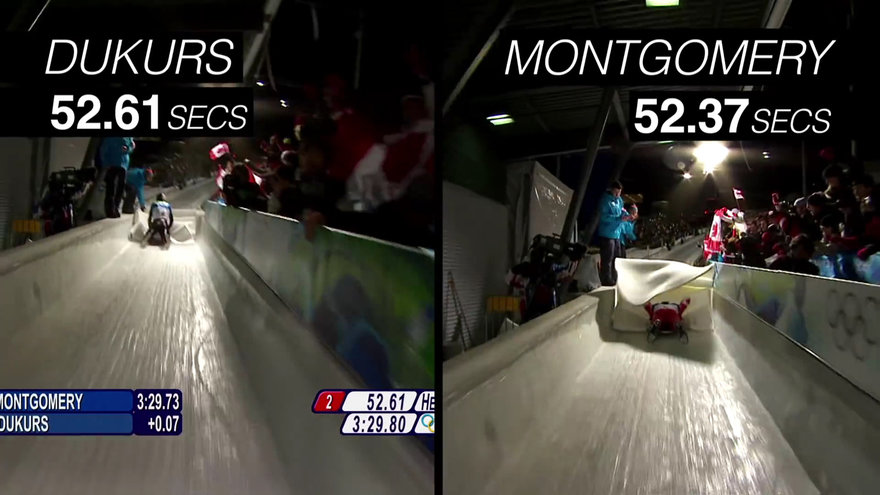