A Search for Alternative Futures, by Paolo Cardini

Rhode Island School of Design (RISD), with the support of the Museo Nazionale delle Arti del XXI Secolo (MAXXI), is hosting a unique international symposium entitled Global Futures at MAXXI in Rome, Italy on March 2, 2018. If you are in the area, please come by for any or all of the day-long event. Free registration here. And the evening prior at 5:30pm will be the opening of the corresponding exhibition at 1/9unosunove gallery, via degli Specchi, 20. We will be attending and will follow up with Core77 event coverage, so stay tuned. –Bruce & Stephanie

The Global Futures Lab is a series of international workshops that aims to counteract the bias and stereotypes of so-called "Western futures" and foster different futures linked to specific geo-cultural locations. Students from Isfahan (Iran), Ahmedabad (India), Lima (Peru), Addis Ababa (Ethiopia) and Havana (Cuba) were invited to reflect on their environments, traditions and beliefs, and to envision futures respectful of their cultural needs and coherent with their distinct idea of progress. 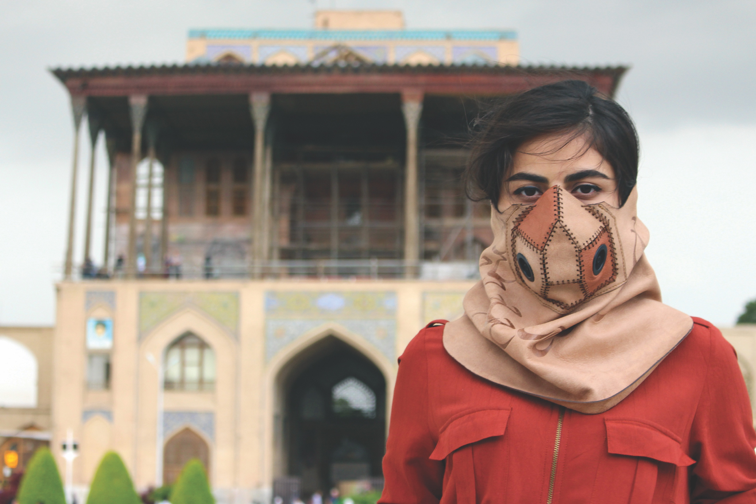 From Critical to Global Thinking
Moving past the traditional idea of design as a problem-solving modality, designers started querying rather than providing answers. Design artifacts now create thought-provoking scenarios that question the status quo, raise debates, and frequently criticize rather than promote technology. Speculative design, design futures, design probes, and design fiction, they all use fictional but credible/plausible objects and scenarios to reveal what the future would look like if certain technological, sociological, political or economic hypotheses were confirmed.

However, just as these speculative design practices have gathered accolades, they have become the subject of harsh critique against their lack of global perspective.

In recent years multiple voices have underlined a problem with critical design: that it is the introverted and self-referential expression of a small elite, what Matt Malpass reports as "design for designers" [1]. Luiza Prado and Pedro Oliveira have defined critical and speculative proposals as "made by, for and through the eyes of the Western, typically northern-European and US-American, intellectual middle classes" [2]. At the moment, movements for pluralism and inclusivity extend well beyond the critical design sphere. But the compound relation between culture and technological progress provides a particular multitude of platforms from which to observe the uneven design field. The Global Futures Lab aims to be one such platform, a space for students from around the globe to register their distinct opinion of progress.

Ramesh Srinivasan, in Whose Global Village?, keenly criticizes Nicholas Negroponte's dream to bring the internet and mobile phones to the "last billions." He argues against the Western presumption that everyone can't wait for the blessing of the West, for its culture and technology. The idea that society, with its behaviors and beliefs, must influence any technological development is also reflected in Donald Norman's words, when he juxtaposes a sort of cultural ergonomics to the current ruling technological determinism. Norman notes how, when technology determines peoples' activities, the influence of culture tends to dissipate. Design becomes a dumb servant of technology, forcing people to conform and adapt. At a global scale, "Cultural diversity, like biodiversity, is facing an extinction crisis"[3]. The Global Futures Lab is thus an attempt to invigorate cultural determinism, in which identity is the driving factor for any design development.

In my experience as educator and professional, I often work with future scenarios and speculations. At Rhode Island School of Design, we have a vastly international student body, and I'm always surprised at how the perception of the future can be deeply misaligned across cultures. I recall many moments when this glitch was extraordinarily evident and jarring. The first was when a group of students imagined a future in which people would wear masks to survive a hyper-polluted cityscape. Classmates from China soon pointed out that this unbearable dystopia is real life for their families and friends back in Beijing.

Another memorable out-of-sync moment concerned a conversation on arranged marriages, in which students speculated about using artificial intelligence to improve the chances of everyone finding their best partners. Again, reality went way beyond any initial speculation. A couple of female students explained to the class that in India, websites already help families find the best match for their offspring while they are still children. Shadi.com matches personal data like caste, education, annual income or geographical location and presents the best options. In both cases, the lack of global empathy and the danger of a one-future-fits-all model was loud and clear. As Cameron Tonkinwise asserts, it is "morally repugnant that the worst things white people can imagine happening to them in some dystopian future are conditions they already impose on non-white people"[4]. 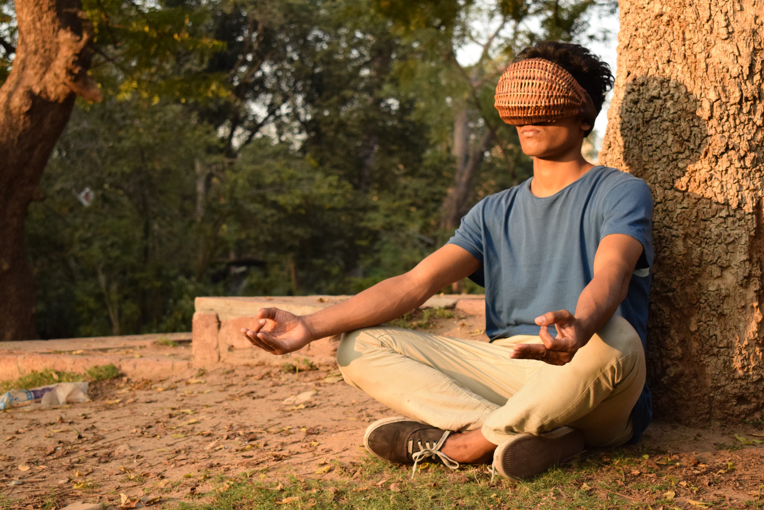 Universal Future and its stereotypes
In this Western predominance in matters of "the future," we can't forget how design speculations are integrally connected to science fiction. The overwhelming power of the visual imagery of sci-fi films or literature is unavoidable, polluting our ability to build virgin future design realities. From touch screens to augmented eyewear and self-driving cars, it's easy to see that some current design products are projections drawn from hundreds of Hollywood scripts and their catchy futuristic aesthetics. Today's design is thus a child of yesterday's sci-fi. An archive of stereotypes mostly assembled from a Western perspective, it is not only derivative but dangerous. Its claims for universality [5] assume these visions and aesthetics belong to all, when instead they are based on what anthropologists call "tacit ethnocentrism," that is the unquestioned assumption that somehow there is a normal human baseline and others deviate from that. In addition, this problematic set of stereotypes inhibits a genuinely imaginative approach that would enable culturally localized images of the future to unfold.

Utopic scenarios, in which glass high-rises stand above a green valley of Eden, and dystopic scenarios, in which hostile environments force people underground, are both biased dioramas, pre-packed futures from which our imagination can choose whatever is needed. Utopias and dystopias either project an unattainable ideal condition or the opposite, the worst possible fall of the human race. Both, however, are typically framed in no space and no time, an anonymity that inhibits cultural nuances, induces the use of stereotypes, and limits the variety of future perspectives. Due to Western technological determinism, cultural nuances are often neglected in current speculative design practice, but there are welcome exceptions, from the Neuro Speculative Afro Feminist group, which is adding afro-futurist nuances to VR, to islamscifi.com, a website devoted to questions like "How can Muslims pray during time travel?"

Time, and its perception, is one more element that seems out of sync in the realm of global futures. The Western concept of time is based on a linear scheme, where past-present-future is a one-way sequence. Even more significant perhaps, the collective imagination thinks that the future usually arrives first in places like Silicon Valley. In those places, the future is designed and crafted for the rest of humankind, "imagined and rolled-out from, rolled over our bones, our house and our hills" [6]. In reality, this linear perception of time is merely a Western position, while in many cultures time has a cyclical form, with no before and after nor temporal priority, where the future, for instance, could be seen as a repetition of the past [7]. In these temporal conditions, concepts like underdevelopment, primitivism, first or third world, delay or anticipation acquire an entirely new meaning. 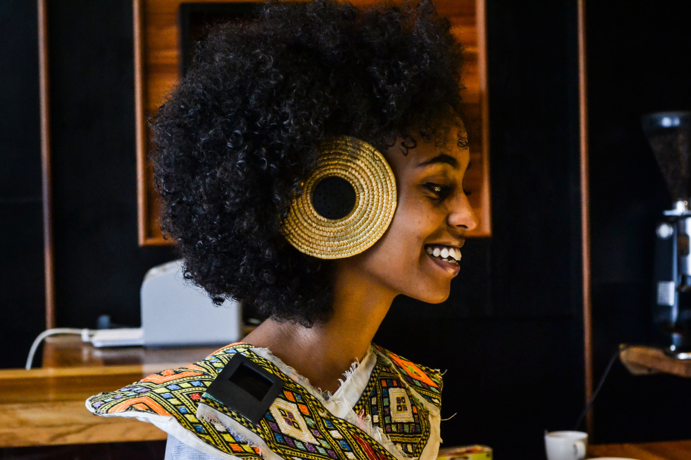 Together and Different, by Ramzi Teshome, Makeda Dereje

Non-Western Speculative Contexts
I created Global Futures Lab as a call to action, a push toward a more comprehensive dialogue about the future. The future we envision through this project provides a space where more voices can be heard, not only as a socio-political negotiation but also as a culturally diverse and geographically dispersed picture [8]. Global Futures Lab focuses specifically on the idea of hyper-contextualized futures. It asks a simple question: "How do you see the future—not any future, but a unique one, tailored to your specific context?" The answers were provided by art, architecture and design students from Iran, India, Peru, Cuba and Ethiopia. They were delivered in the shape of objects, as diegetic prototypes, vehicles for the students' messages about their most desirable or frightening futures. In each of these very different cultural contexts, the students addressed their own realities, traditions, and aspirations, coped with the anxiety of being young adults, and expressed their urge to make their opinions relevant.

The speculative environment was crucial to providing students with a judgment-free space. During the workshops, students' stories crossed to the realm of the imaginary, no longer carrying the burden of the reality, which is often mired with consequences, disapprovals and limits. That freedom was embraced completely, but most of the projects also reveal a deep connection with the present, through the use of antithesis (juxtaposing a present condition with a more desirable one) and hyperbole (stretching elements of the present to extreme deformations).

The use of technology was also significant in these global contexts. Speculating allowed students to fantasize about using high-tech tools and devices that are still not accessible to them in real life. This opened up unexpected opportunities. Considering technologies "not for what they are but as tools created by people in certain places at particular times" the students used technologies as instruments that, in spite of flattening identities, helped them to augment local behavior and traditional practices [9]. Aesthetic choices were also unique and significant. Students quickly replaced the shiny plastics and crystal surfaces of Western industrial technology with local materials and traditional crafts, showing that the future can also be seen in a warm and cozy light.

The anthropologist Arturo Escobar calls that world where many worlds fit the "pluriverse" [10]. The Global Futures Lab imagines just that, through a collection of "souvenirs from the futures" in which no one is more important than another, no one is ahead or behind. This is simply a celebration of different dreams dreamed through the lens of a deeply contextual speculative design exercise.

1. Matt Malpass, "Between Wit and Reason: Defining Associative, Speculative, and Critical Design in Practice." Design and Culture 5, no. 3 (2013).

7. Øyvind Dahl, "When the Future Comes from Behind: Malagasy and Other Time Concepts and Some Consequences for Communication," International Journal of Intercultural Relations 19, no. 2 (1995).