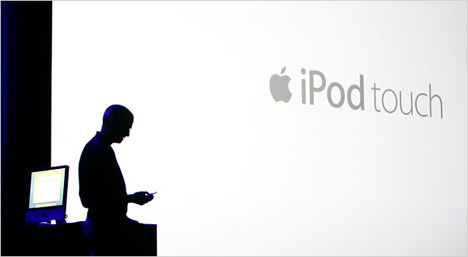 Yesterday Steve Jobs announced, among other things, a way-pre-Xmas $200 price cut on the iPhone, bringing it down to a more manageable $399. "It's very clear we have a breakthrough product on our hands, but it's also clear that many can afford it, some can't. We'd like to make it affordable to even more folks going into this holiday season," explained Jobs. The other major news, which trumps the newer, fatter, yet video-playing Nano, revolved around the iPod touch--pretty much an iPhone just for music, a bit slimmer than the phone, with a built-in WiFi antenna and touch-screen controls. It will be priced at $299 for an 8GB device and $399 for 16GB.