Here's What the $31,000 Furniture Set Ordered by Ben Carson Looks Like

When I heard that Ben Carson canceled, after an uproar, the $31,000 furniture order for his offices, I worried that some independent designer/builder got screwed. Previously we looked at the design/build firm that created a new conference table for the White House and they do good work; I'd hate to think of a company like them starting to build a series of pieces--fronting their own money for the materials and labor--then having their order canceled.

Well, in this case the company that's S.O.L. is North-Carolina-based Hickory Chair, which manufactures fine furniture and previously built custom chairs and beds for the Obama administration. Hickory Chair employs five designers and some 90% of their work is produced at their factory in North Carolina, though it's not clear if the pieces ordered by Carson would have been completed there.

In any case, CNN got their hands on the names of the pieces ordered and canceled by Carson, and we went through Hickory's site to pull the images: 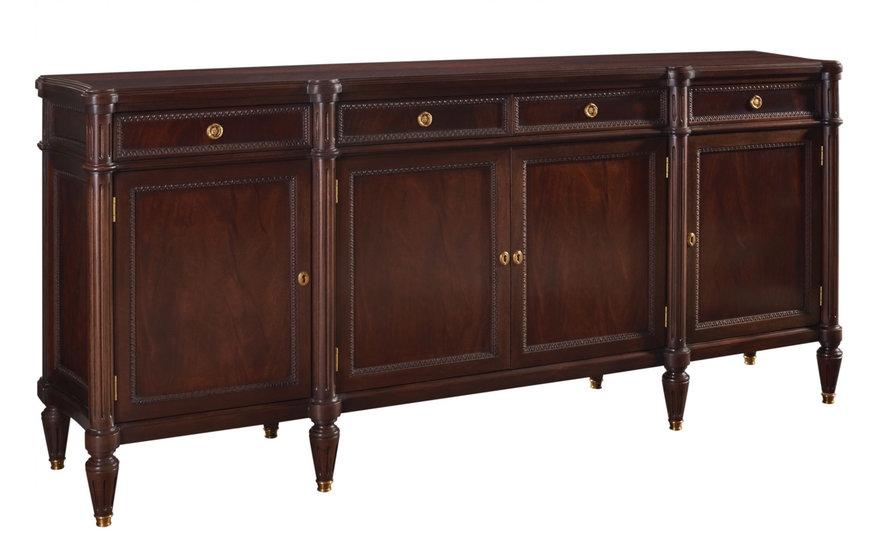 "This piece is based on a mid-20th Century sideboard with which I fell in love and bought, then proceeded to ebonize for added drama. To literally put my money where my mouth is, I have it placed in my own dining room. It is a beautifully detailed piece of furniture and provides much needed storage. More important to me, though, is that it is a piece that harkens back to a time of real glamour and a piece made for a room that is all about entertainment and timeless forms." – Alexa Hampton 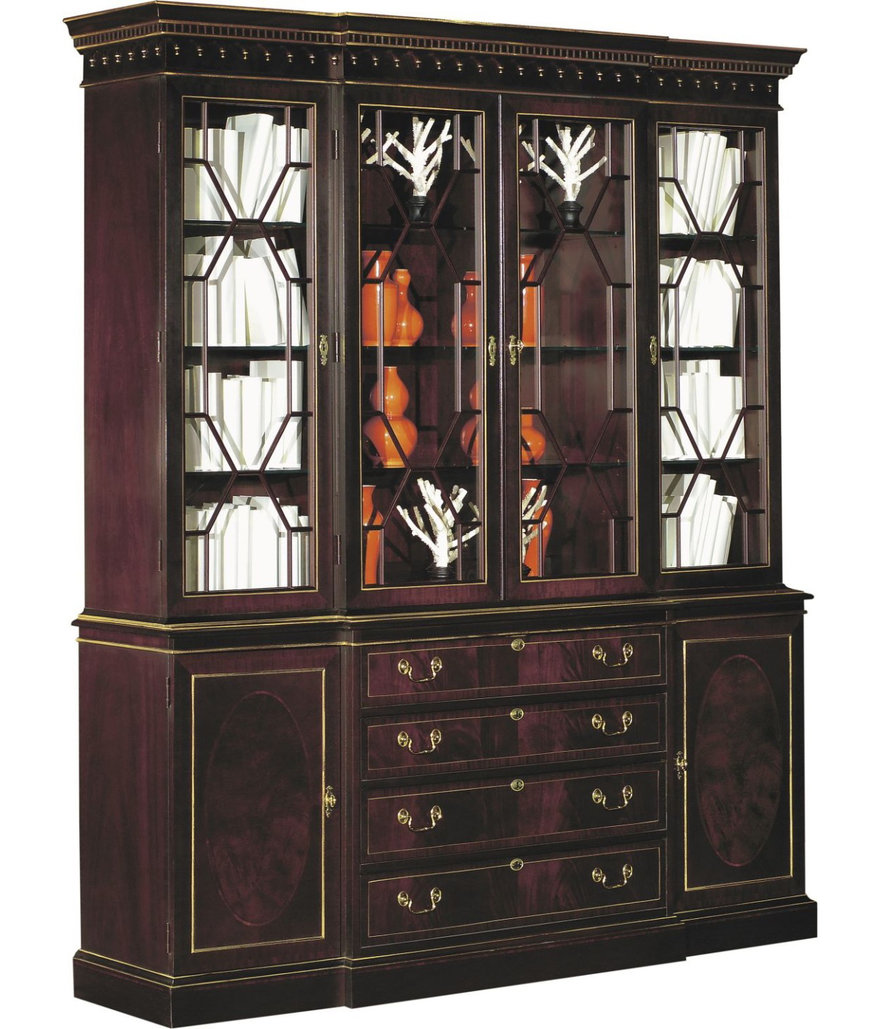 Crafted of crotch mahogany, satin wood and quartered mahogany borders, carved teardrop and dentil moldings on crown. China deck has 4 doors with 9 adjustable plate-grooved glass shelves behind. Base has 4 center drawers; one with locking mechanism and Pacific cloth lining. Two doors feature oval inlays of holly and black surrounding a flame mahogany field with fixed shelf and adjustable shelf behind each. Sold as a one piece unit 2135-30 base with 2235-30 deck. Available with Customer's Own HardwareTM and finish options. Optional Sable finish with Antique Rub Light Gold striping shown.

The Newport Dining Table is available in three sizes resulting in the potential to extend from 96" to 144". The Newport Pedestals feature hand applied ebonized inlay with bell flowers topped by hand carved scrolls and a fluted column and are sold individually or as a pair. Standard in Antique Brass ferrules with casters, optional Satin Nickel ferrules with casters are available upon request. The Newport base and tops are included in the Personal Preference Dining Table program which enables over 350 dining table combinations. Medium Mahogany is the standard finish. Optional finishes available. 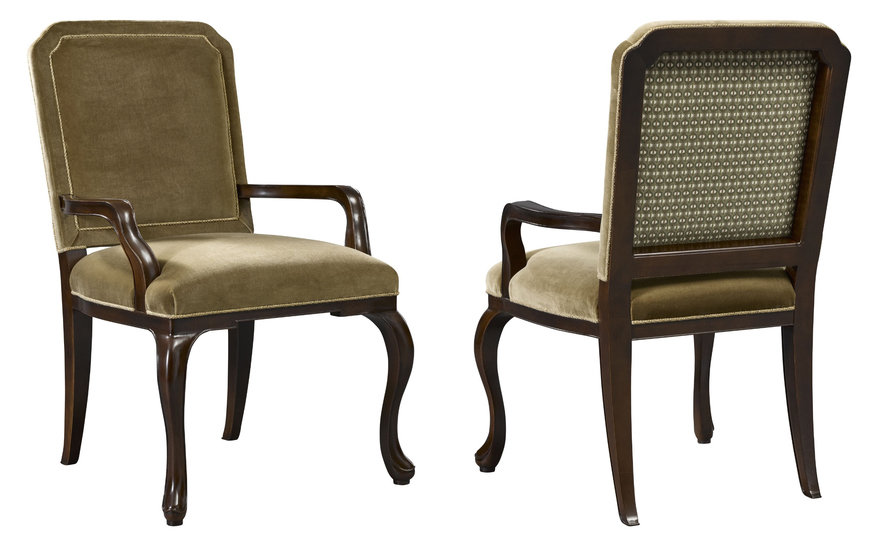 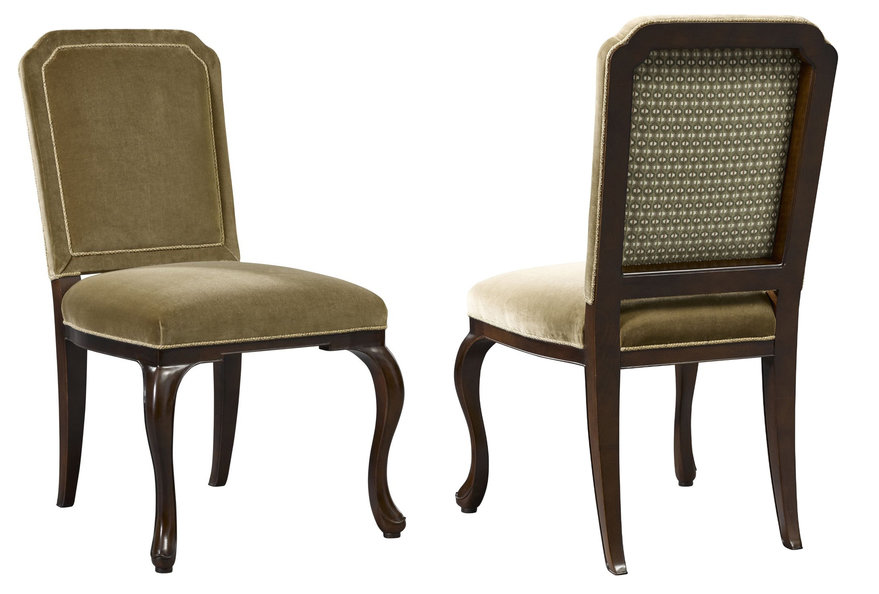 The stately Regent Dining Chair is a curator's favorite. With rich exposed wood detail on the back and a graciously sculpted leg, this is the chair for lingering dinner parties. Truffle is the standard finish. Optional Dark Walnut finish shown.

The order was not placed directly with Hickory Chair. Someone on Carson's staff ordered the furniture through Baltimore-based interior design firm Sebree & Associates, which presumably pumped the prices up a bit as they took their cut.

As stated earlier, Carson canceled his order after the backlash. And according to the Times, HUD spokesman Raffi Williams said "The person they contracted has already spent $14,000 making the table," and we assume by "the person" he meant Hickory Chair.

Here's What the $31,000 Furniture Set Ordered by Ben Carson Looks Like