Our thoughts on the pluses and minuses of the design features

Smartphone manufacturer Vivo has unveiled the Apex, a functioning concept smartphone that introduces some new features to the category. Check out the demo video first, then we'll get into it:

Smartphone manufacturers all seem to be racing towards a bezel-less screen. (Confused about the difference between bevels and bezels? Read this.) To me this confers no useful advantage and is purely aesthetic. I'd not pay more for a phone with no bezel, but apparently the tech fanboy market considers this a desirable feature. 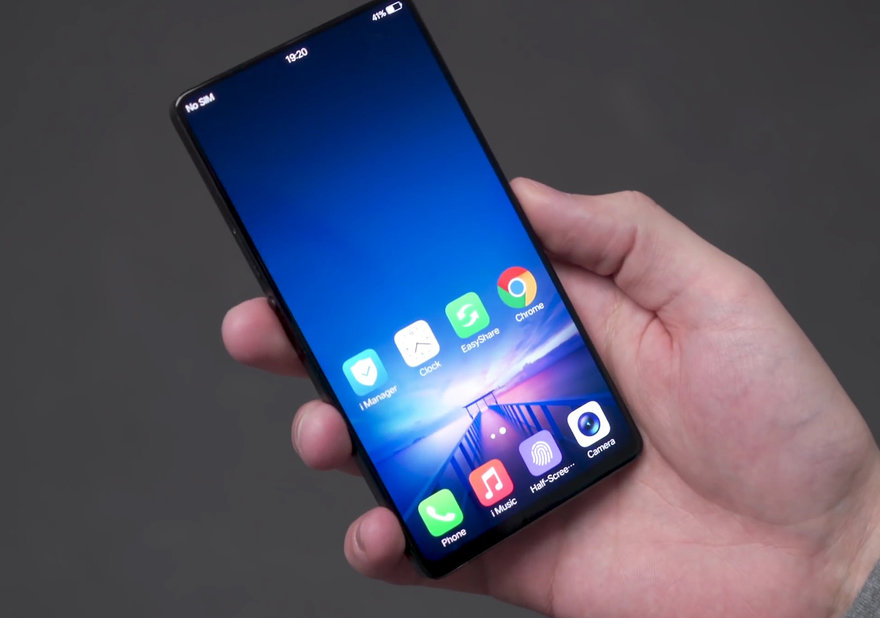 Also consider that by making the phone's face all screen, they've created an object without any orienting cues for the user. I.e. when the screen is off and you pick it up, you have no way of knowing which way is up, unless you feel for the buttons on the side. In my opinion this is a major UX flaw.

The Pop-Up vs. Fixed Camera 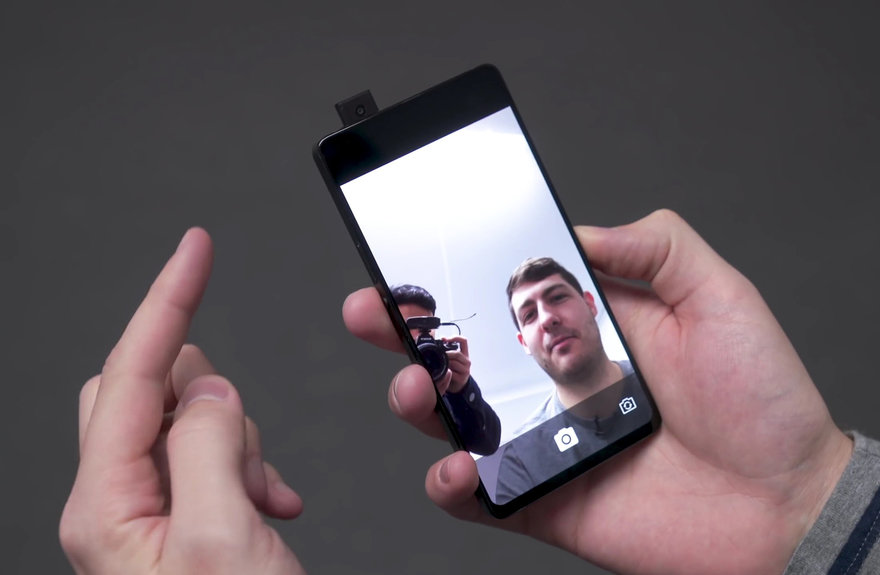 I think the pop-up camera is a very neat idea that handily addresses privacy concerns. While the skeptical part of me fears that moving parts are just another thing that can break, I can't deny that there'd be zero fear your camera was on if the thing is completely retracted. 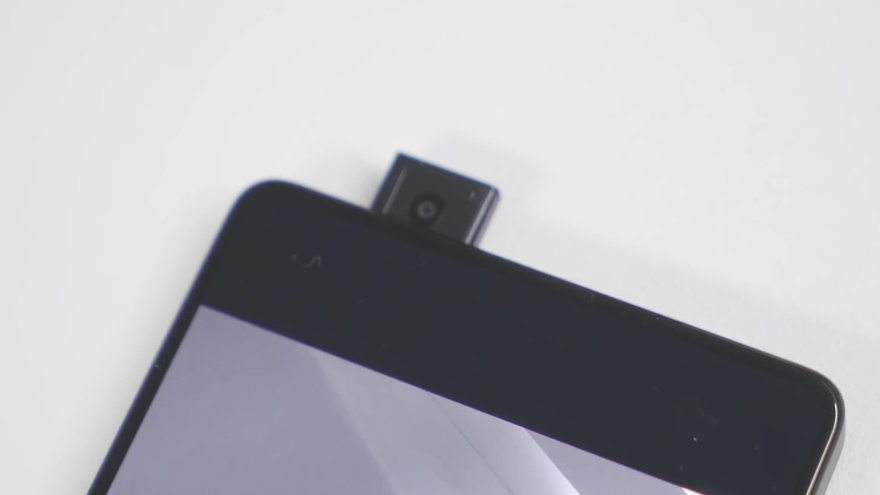 The feature only applies to the user-facing camera, of course. The rear camera is conventionally fixed. 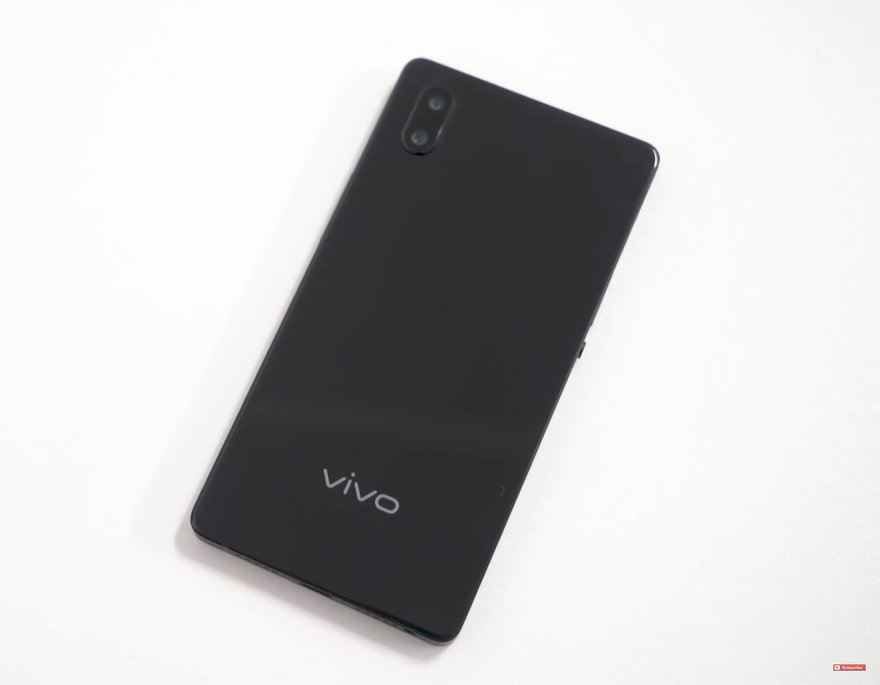 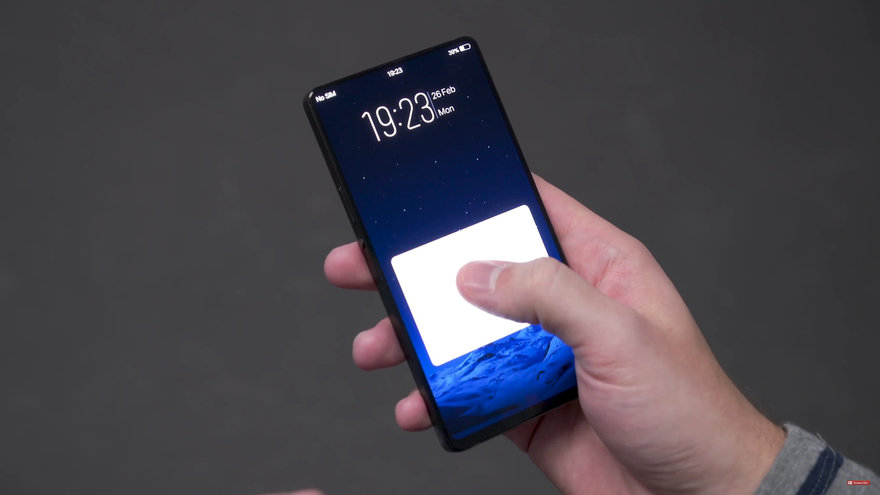 I like this feature a lot better than having to scan your face. And I think Vivo's enlargement of the fingerprint-reading area is a great UX improvement. 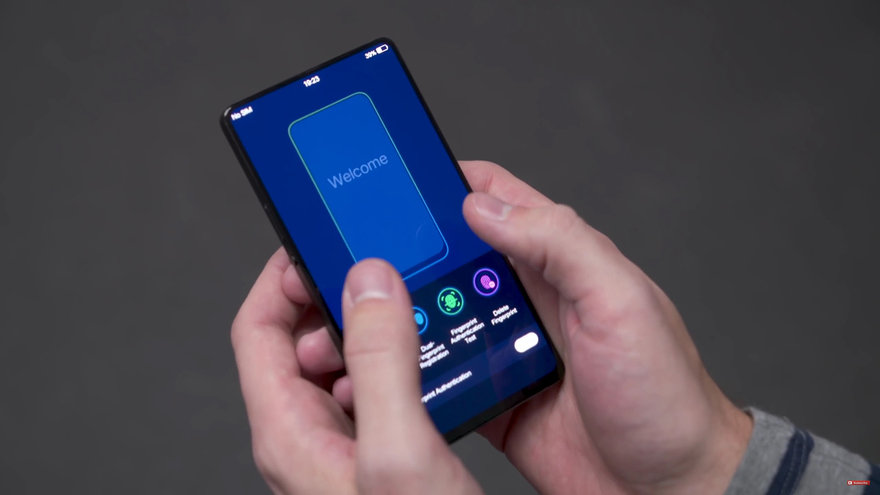 However, this does raise the intriguing possibility of requiring two different people's thumbs to unlock certain aspects of the phone, like military weapons that require two sets of keys. I myself have no need of this feature, but I'm sure a married couple might think of a useful application.

I'm disappointed that Vivo went with the glass back. I'll never understand why smartphone manufacturers persist in building inherently slippery, slim objects out of a material that can shatter. If the entire indoor and outdoor world were carpeted this would make more sense to me. 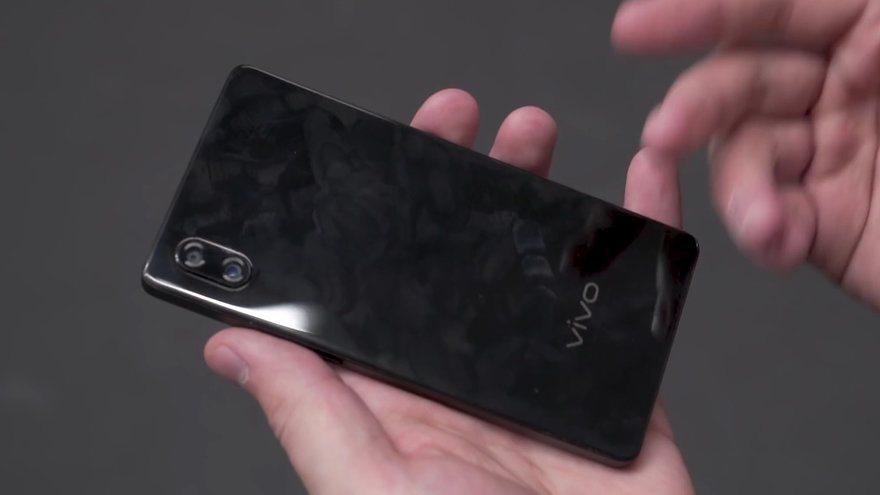 Also take a look at those fingerprints; this thing is like a forensic analyst's dream come true. Banks that are prone to being robbed should make their countertops out of smartphones. 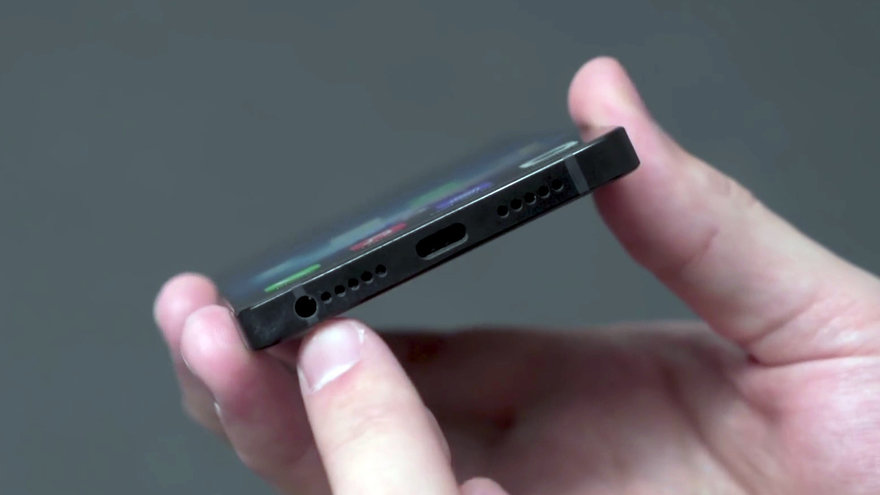 I never thought I'd be thankful for the inclusion of a legacy feature, but I'm glad they've included both the standard headphone jack and the USB-C. A constant point of annoyance with my iPhone is the dongle adapter required to use it with conventional headphones.

As mentioned in the video it doesn't appear the company will be producing this exact phone, but is using it to garner feedback. Speaking of which, what are your thoughts on the design features? And if you're one of those no-bezel people, can you explain why it's so desirable?