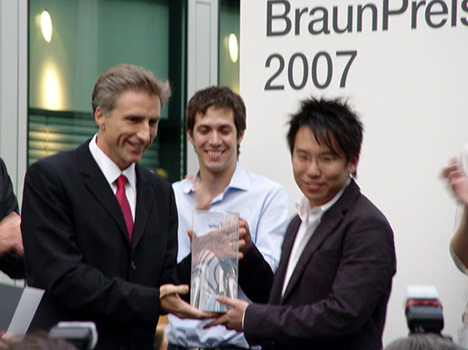 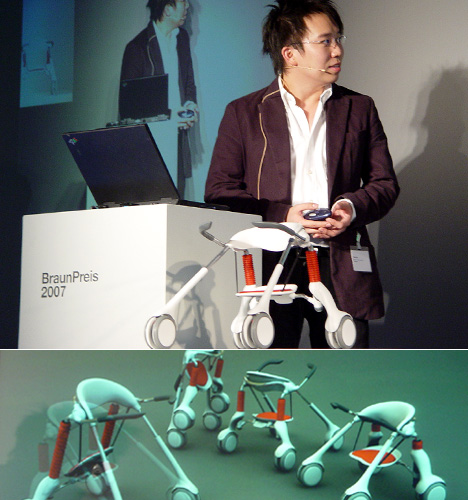 Last night, we headed to Braun's headquarters in Kronberg (Germany) to cast our vote for the 16th BraunPrize. The BraunPrize started in 1968 as Germany's first international competition to promote the work of young designers and has grown out to a global event reaching its peak at the biannual award ceremony.

Singaporean designer Donn Koh wins the BraunPrize 2007 with the "Leapfrog", an innovative walking aid for children with impaired mobility. He receives a prize fund of 12.000 Euros and is offered a fully paid six-month internship at the Braun design department which is probably the best of it all.

Tons more photos and commentary after the jump! 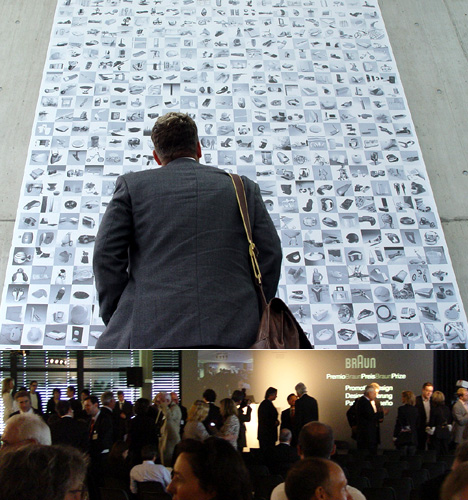 Earlier that day, some 500 visitors headed for the Braun headquarters to cast their votes reflecting Braun's democratic and transparent way of dealing with the awarding. This year the jury members Moni Wolf (Design Director at Motorola), Dr. Mark Breitenberg (from the Art Center College of Design in Pasadena) and Benjamin Holch (winner of the BraunPrize 2003) teamed up with the Braun representatives Peter Schneider (Director of Corporate Design) and Udo Milutzki (Vice President of Engineering) to narrow down over 900 entries into four finalists during the last few months. 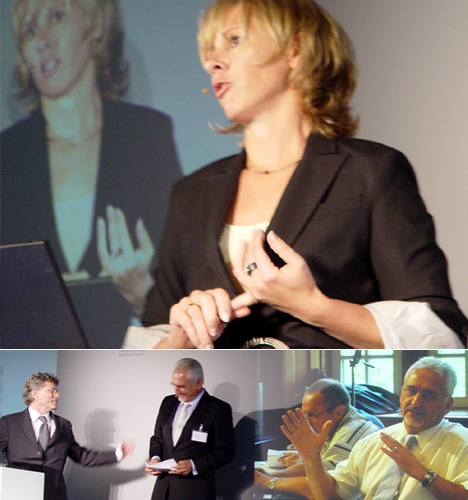 After a short flashback by the jury members the four finalists present their works to the audience, a final challenge in competing for the prestigious award... 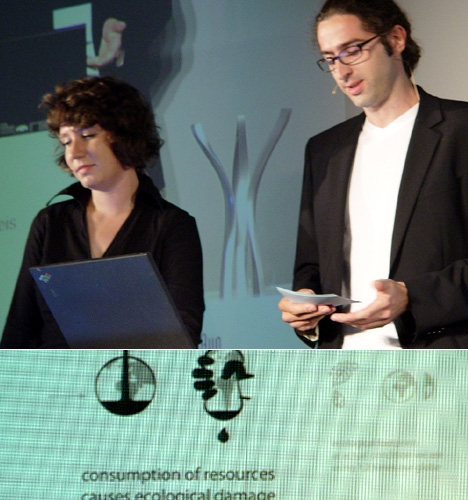 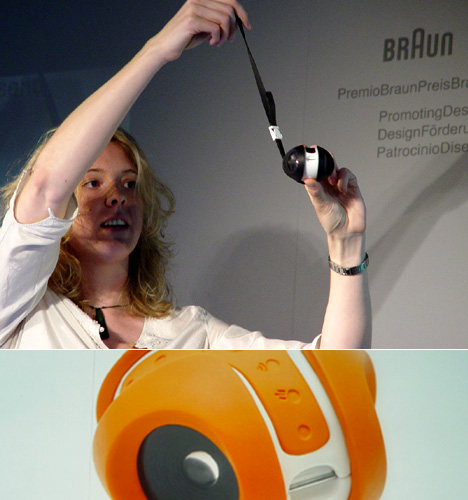 German designer Franziska Faoro continues with the "triops" which is a robust digital camera which can take images while being thrown, suspended or place in more free and unusual ways.

Donn Koh from Singapore presents his "Leapfrog", an innovative walking aid for children with impaired mobility to rise from a sedentary position. Several sitting, walking and standing positions are possible and support not only the child's physical development but also its independence and self-confidence. 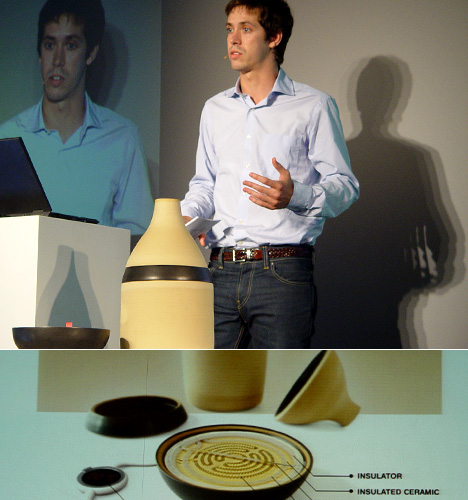 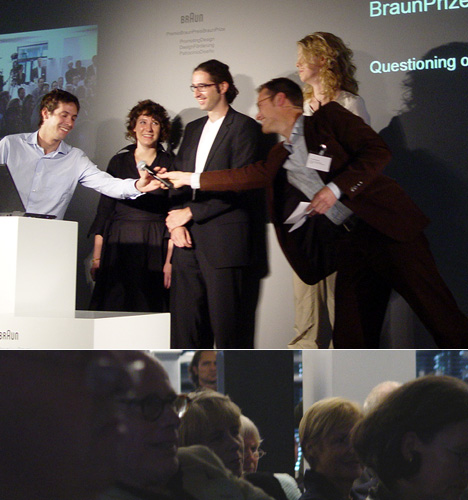 Ralf Beuker, Professor of Design Management and much appreciated for his contributions at the BraunPrize Weblog, moderates the two hours of presentations by the young designers and directs all questions by the audience - including a vote by Braun's former design director Dieter Rams - to make up our minds and cast our vote for this year's winner. 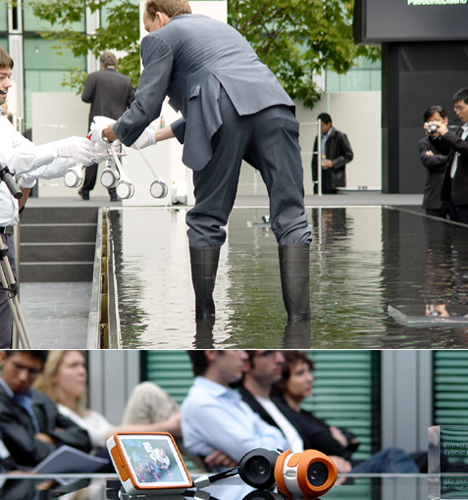 No longer than one hour later, the models of the four finalists are being displayed in the heart of the Crystal Building for the award ceremony where Bracken Darrell (President Braun) and Prof. C. Hinrichsen (ICSID) add their perspectives on the business and importance of design. Where after the winners from the BraunPrizes in China and Mexico are being recognized with an additional prize. 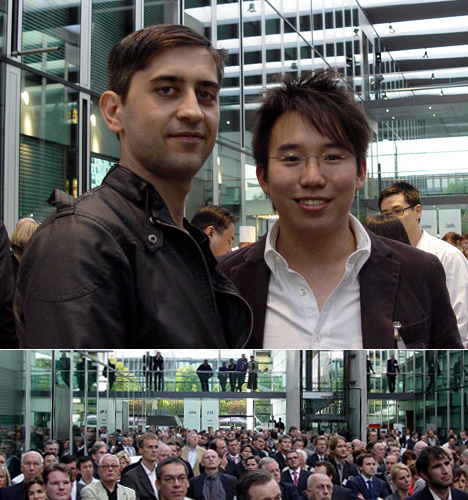 Finally, the big envelope opens and a big applause hits Donn Koh's smile for winning the prestigious BraunPrize 2007. Together with Guiseppe Furcolo, the lucky winner of Core77's BraunPrize competition, we give our congrats to Donn and set out enjoying the night in the main hall which has become an international melting pot of old and new design comrades from all over the world. 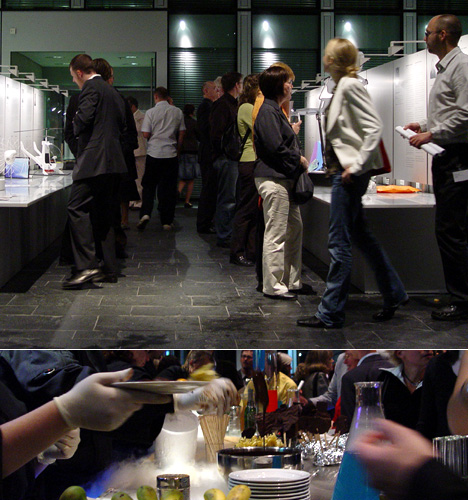 The BraunPrize party - actually, a double party since Peter Schneider is also celebrating his birthday - continues with finger foods and the official opening of the BraunPrize Exhibition. The exhibit can be visited at the headquarters from 13-28 September 2007 and will start its world tour, featuring this year's top 24 best design projects and 19 best entries from the national BraunPrizes in Mexico and China. 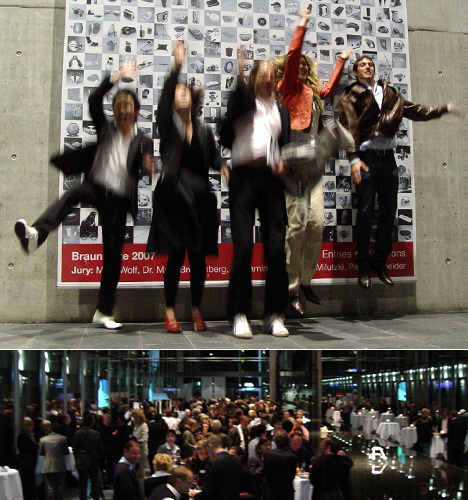 When the headquarters closes its doors, the finalists jump in the sky once more before heading to the local pub where we enjoy some good talks and show our honor to these design pioneers. Today, the award ceremony might be over but for the young finalists this is only the beginning and great kick start for their careers which is exactly what the BraunPrize is about.