Let the pros handle these, folks

Bet you didn't know this: Firefighters in the U.S. are trained to approach certain types of burning cars from a 45-degree angle, rather than head-on or straight from the rear, because non-crushable-type bumpers--which are designed to absorb shock and thus are effectively pressurized--can turn into projectiles as they heat up. Here's a crazy story from firefighter Greg Jakubowski in Fire Rescue Magazine:

"In 1995, my department responded to a fire in a barn that was used to store several classic cars, and by the time we arrived, the 30 x 70 building was well involved. While the engine company was positioned at an adjoining pool to draft, the gas strut bumper on a 1987 Porsche 944, which was stored in the barn, exploded without warning.

"The strut rocketed through the weakened wall of the barn, traveled across the pool and struck a ground ladder on the side of the engine that was staged about 75 feet away. The rungs on the ladder were dented from the force of the impact.

"At least one firefighter had been standing in the immediate area of the impact site, but fortunately, he moved just before the strut exploded."

Firefighters receive special training in vehicle fire protocols, because something as sophisticated as an automobile burns very differently than a mattress being slept on by a careless smoker. Fuel tanks, rubber tires, and increasingly more hotter-burning plastic components all present unique hazards. Not to mention you've got no idea what's in the trunk; was the driver hauling fertilizer, propane tanks, ammunition?

"Remember to open the trunk of the vehicle at some point to check for extension and possible dangerous cargo," reads another FRM article. "You'd be surprised how many dead people are found in abandoned cars."

Also, as Jakubowski writes, "The hazards [presented by vehicle fires] get more and more exotic with each new model year."

Electric cars present a particular problem. Although they don't have those pesky tanks filled with gasoline, they do sport high-voltage lithium-ion batteries that can, even after being extinguished, continue to re-ignite. (Remember that hoverboard that would not stop exploding?) 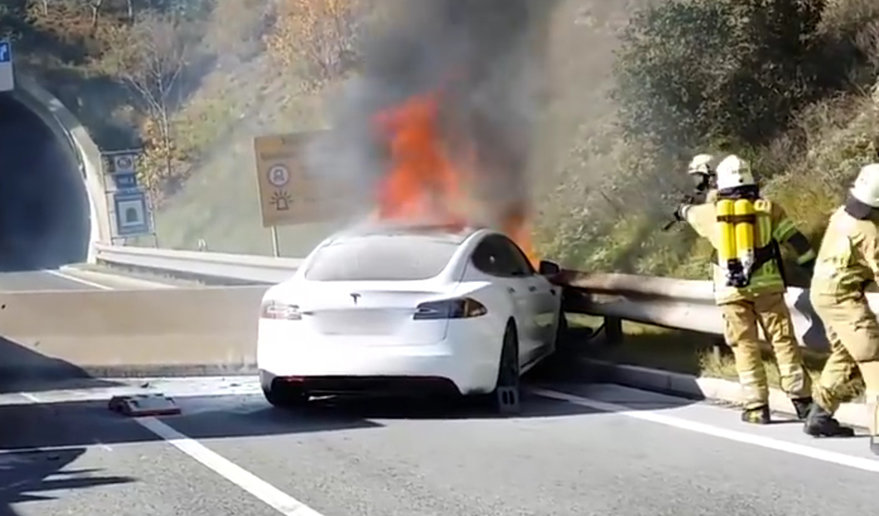 Thus Tesla actually designed two "first responder cut loops" into their cars--one in the front trunk, one in the back--and each year releases Emergency Response Guides for first responders instructing them on how to fight a Tesla fire. 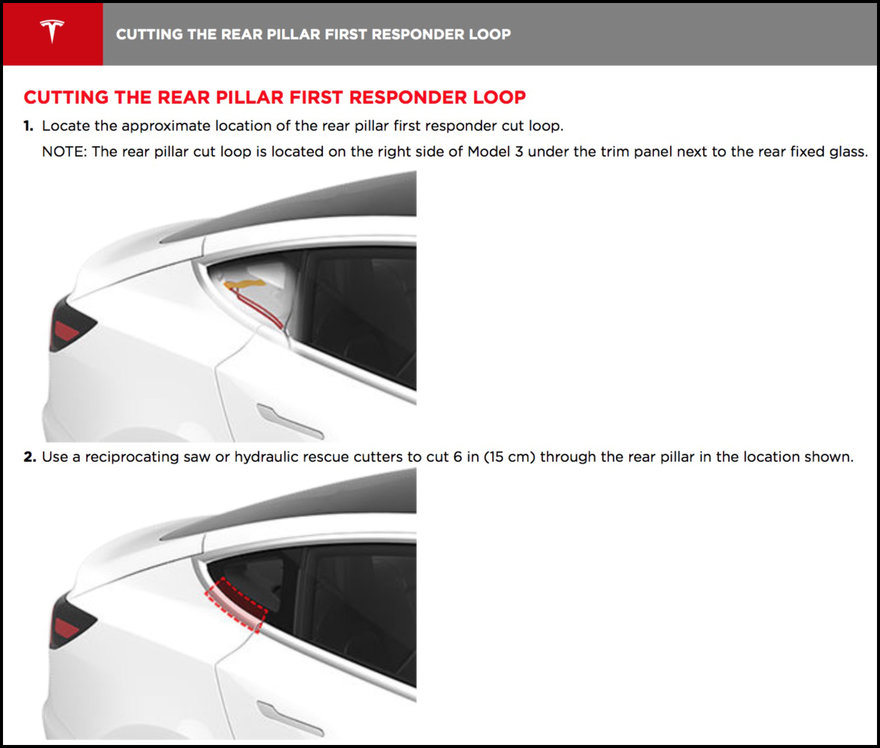 They also have to show firefighters where not to cut during rescue/firefighting efforts.

Additionally, information is included in Tesla's guide warning of the toxic vapors released by a burning battery. A woman crashed her Tesla in Austria and managed to escape unharmed, and the resultant fire was captured on video.

As the firefighting unit--which thankfully had the training--reported (translated by Jalopnik):

The fire fighting - which could only be carried out under severe respiratory protection - was difficult because the vehicle was repeatedly on fire. It was only after cutting the power supply from the high-performance batteries that it was possible to finally fight the fire. Since lithium batteries are used, the manufacturer recommends that the vehicle be parked under "quarantine" for 48 hours, so that no new fire can break out.

At the end of that video, what you're seeing is the firefighters using a powered saw to cut their way towards the rear shut-off loop.

I should point out that Teslas are statistically less likely to catch on fire than other cars. It's just that if yours catches on fire, yeah, maybe you call the fire department rather than going at it with an extinguisher.

In any case, I already had the utmost respect for firefighters; now that I know they have to bone up on new car technologies too, my estimation only grows.