Kickstarter is often used with the intention of launching products that will eventually lead to full brands, but what if the crowdfunding platform were to be used for quick, one-off experiments? Product designer and Kickstarter expert Oscar Lhermitte is toying with the latter concept through a series of projects appropriately dubbed "Quickstarter." According to Lhermitte, each project in this series needs to meet the following requirements:

1. The whole process of designing, prototyping and manufacturing should not take longer than 3-4 months

2. The product has to be launched on Kickstarter

6. The video has to be shot in just one day with a smartphone

The first object in Lhermitte's Quickstarter series to release is Tape Stickers—rolls of packaging tape with various types of reference guides printed on them. Two different varieties are available, one with rulers and protractors and the other with formats and sizing guides. The campaign's video explains how each roll is actually able to take on several different uses based on context:

From Oscar Lhermitte on Vimeo.

Here's a closer look at the different sections in each roll: 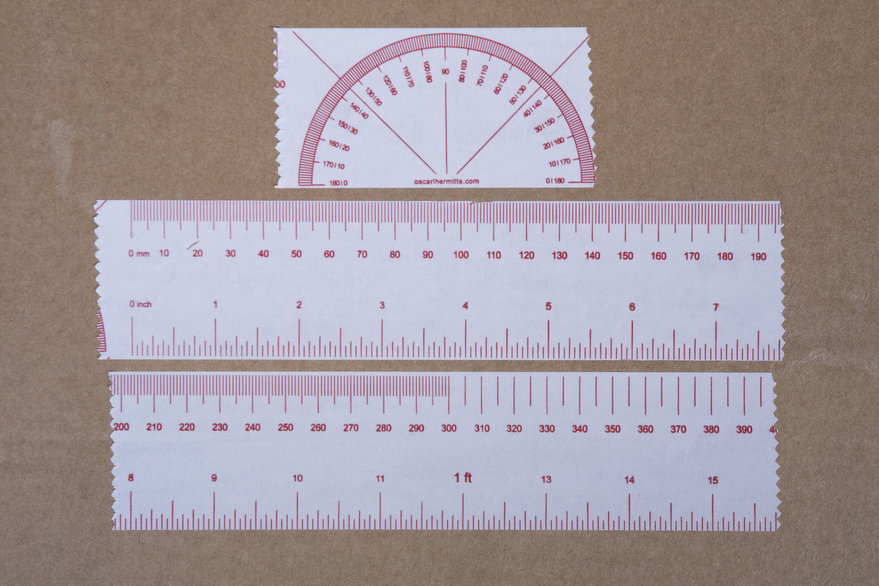 Ruler and Protractor: Metric and imperial ruler and protractor. The pattern has 132 repetitions in total. 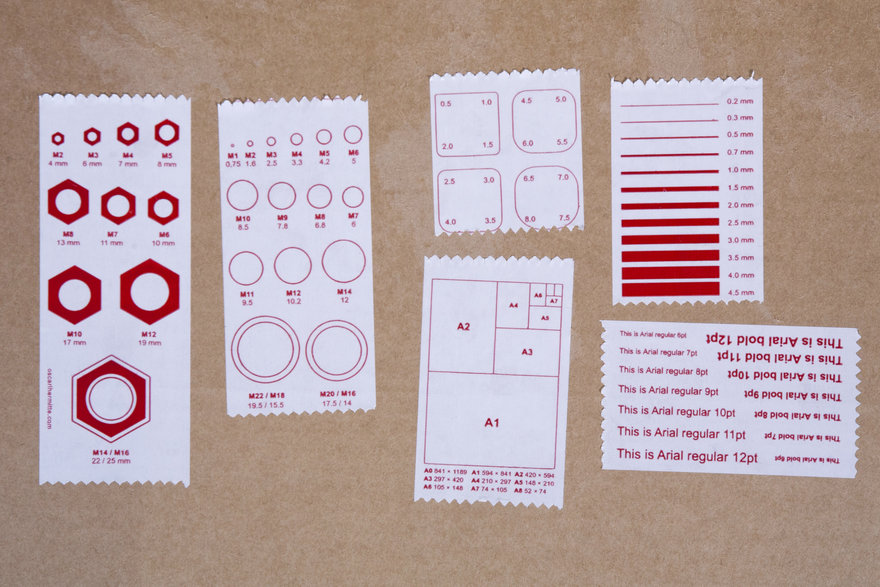 You can reserve one of each Tape Stickers rolls for a collective £10 on Kickstarter here. And if the other projects in the Quickstarter series are going to be anything like Tape Stickers, we're excited to see what's next.