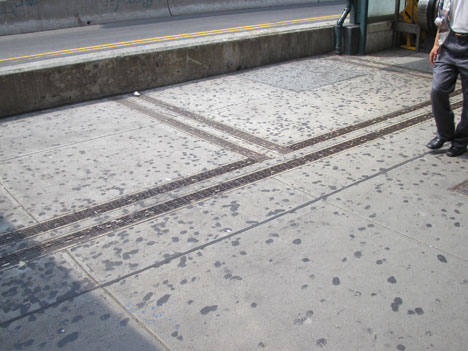 The Chrysler Building. The Empire State. Grand Central Station. All three of these are architectural masterpieces, like those in many cities, that all have one thing in common: the sidewalk in front of them is covered in thousands of black spots. It doesn't matter how prettily we design our cities and buildings when bystanders spit gum chewed for 20 minutes that becomes an unremovable eyesore forever.

To combat this, UK company Revolymer has developed a pavement-friendly chewing gum that, once spat, becomes "removed within 24 hours by natural events," degrading due to its chemical composition. The gum is due to launch sometime next year.