By now you've surely seen the Spike-Jonze-directed video for Apple's HomePod, where a beleaguered NYC office drone's apartment is magically extruded into a colorful wonderland.

The lead is played by British performer FKA twigs.

You may have spotted something odd around the 1:10 mark: 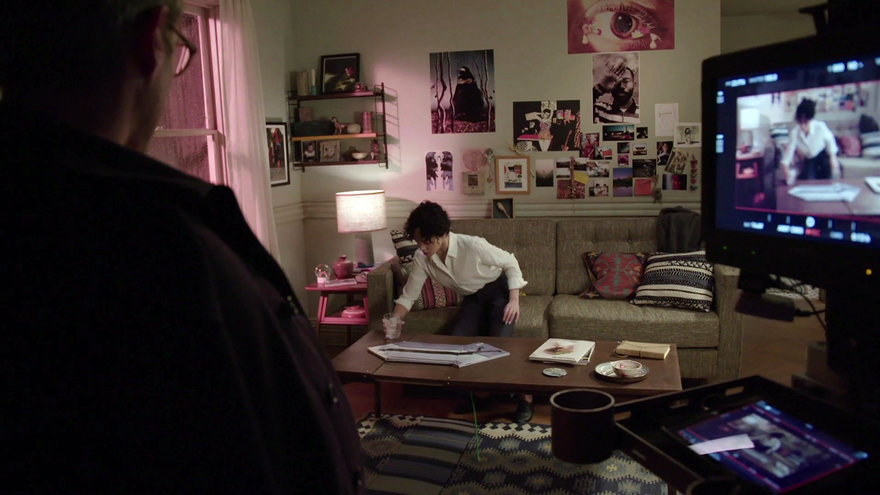 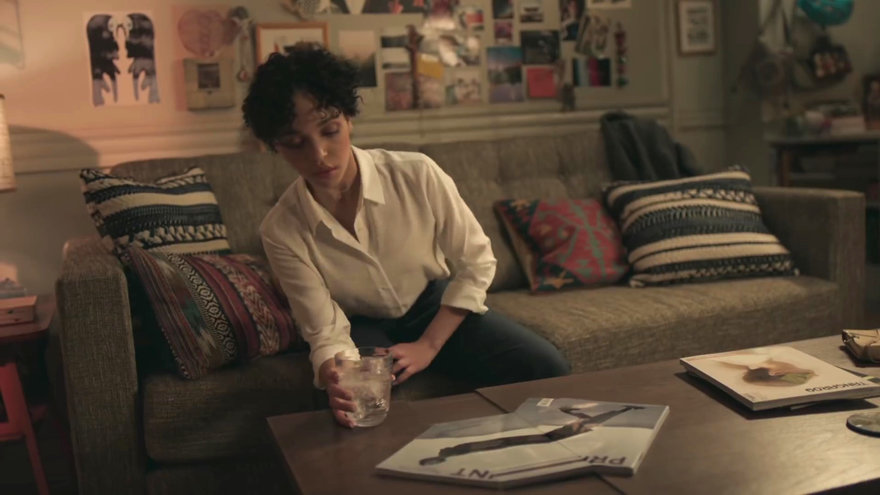 That something odd is that you can clearly see, when the table begins to stretch, a seam. 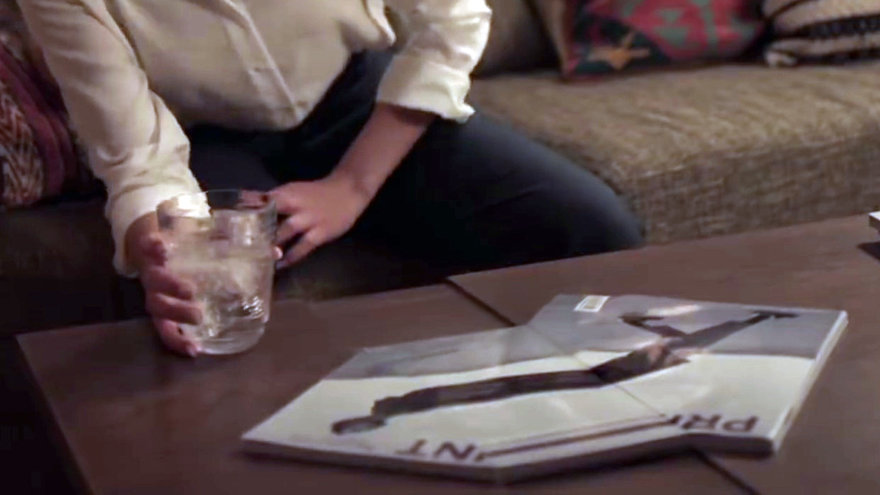 In other words, the table is actually, physically being elongated, one part is sliding out of another. While I'd assumed the visual effects that transform the apartment were all CG, it turns out everything was done using practical effects! 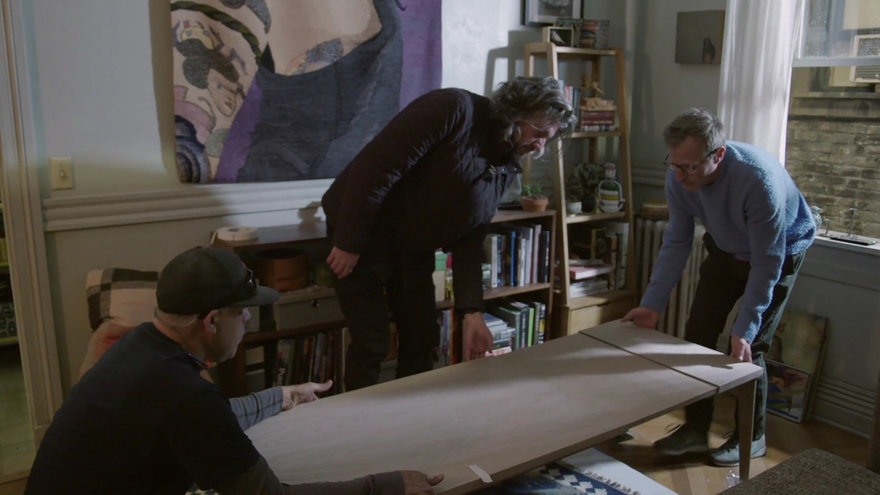 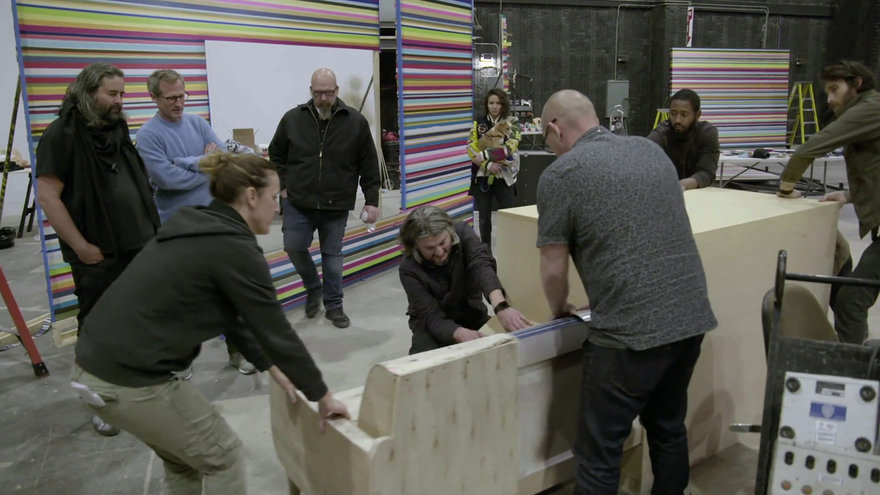 An actual stretching sofa was created. 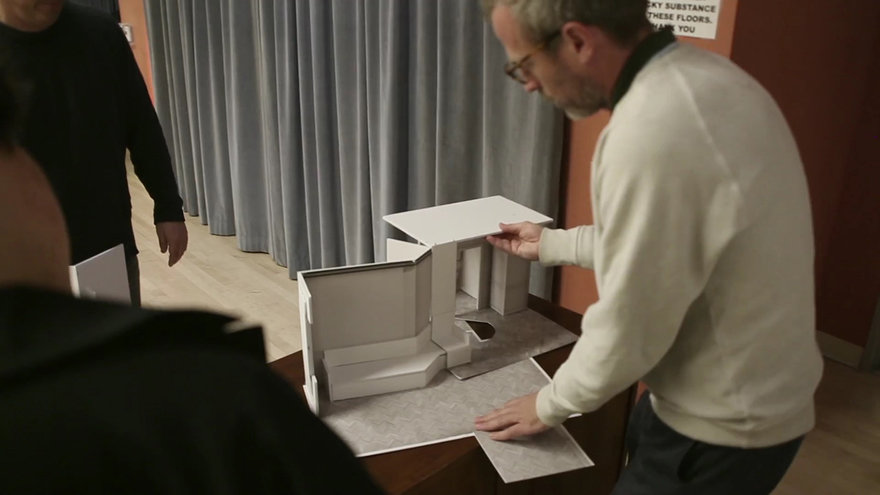 Scale models were created to work out the rotations and stretching of the walls... 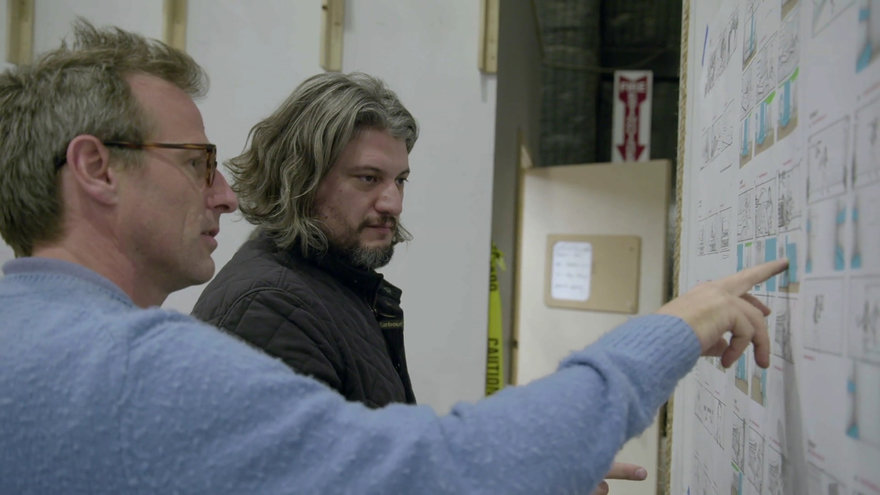 ...with all of the shots being carefully mapped out. 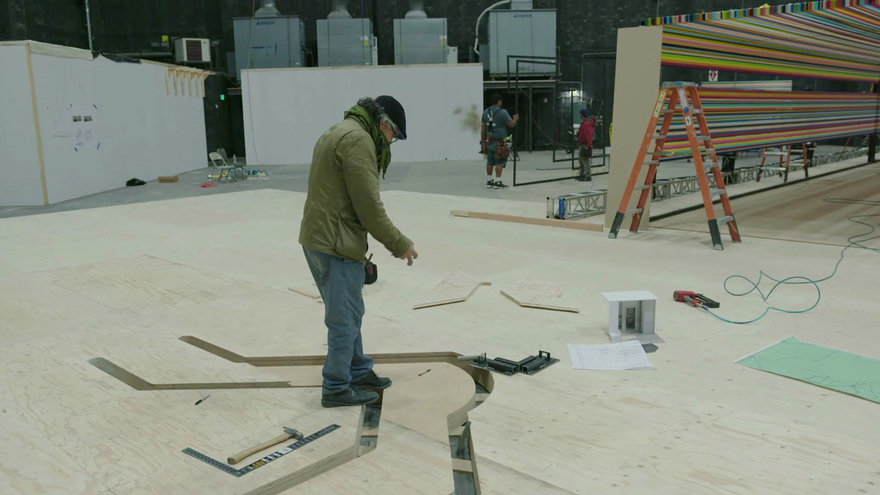 The walls are on wheels that ride inside a precisely calculated track. 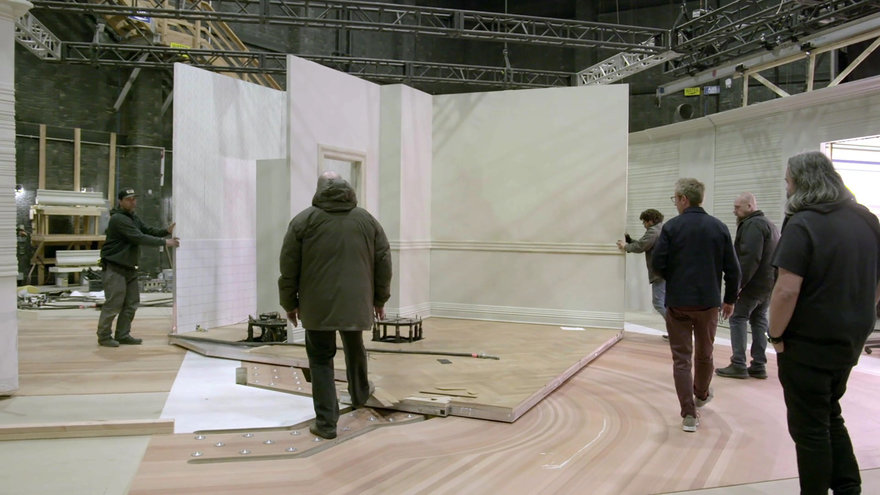 Testing out the wall rotation. 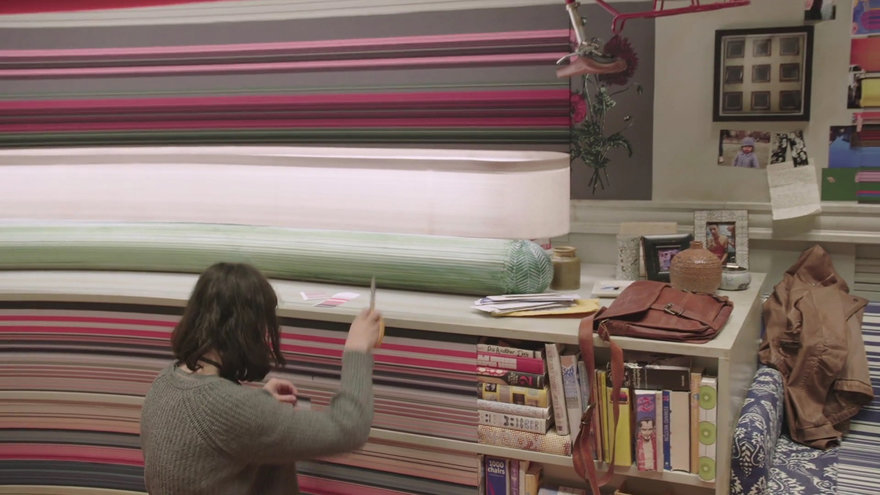 An artist details the extrusions. 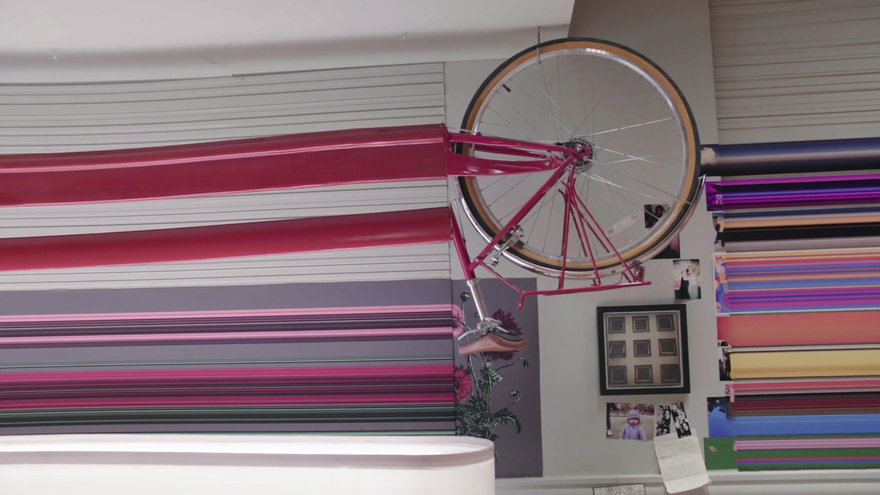 Even the bike was stretched, which I didn't catch during the first viewing. 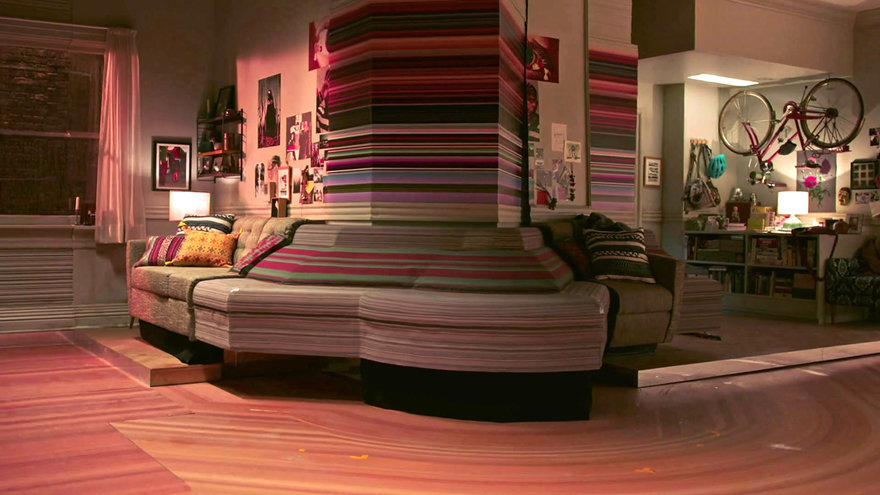 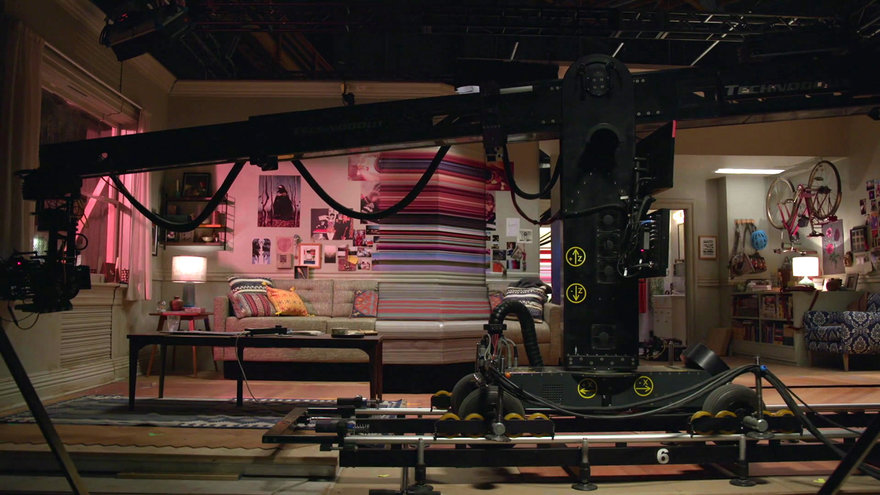 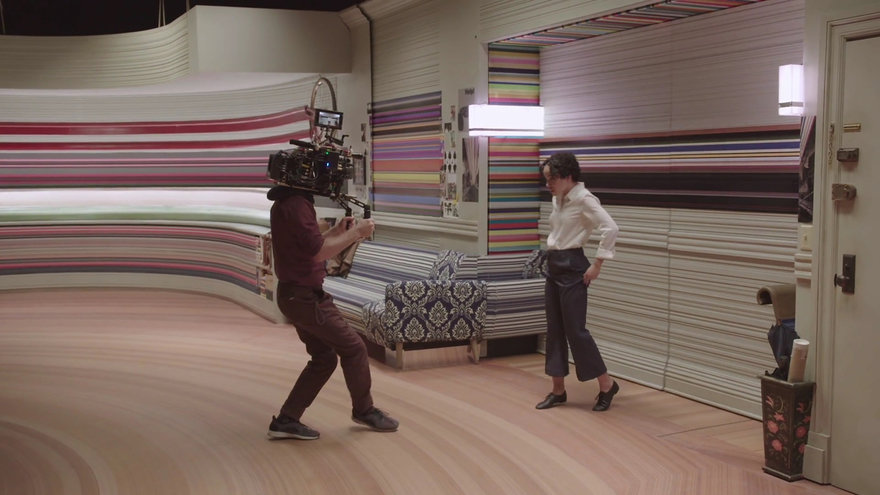 When FKA twigs begins to back up... 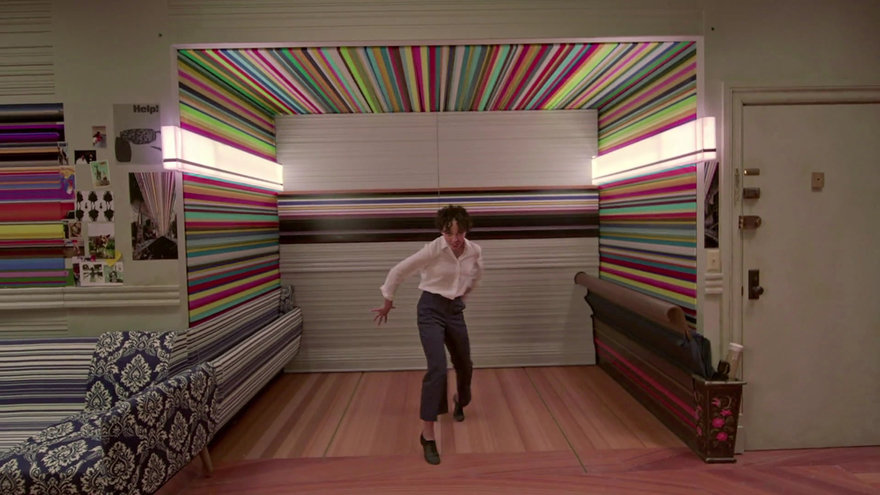 ...and the wall responds by receding... 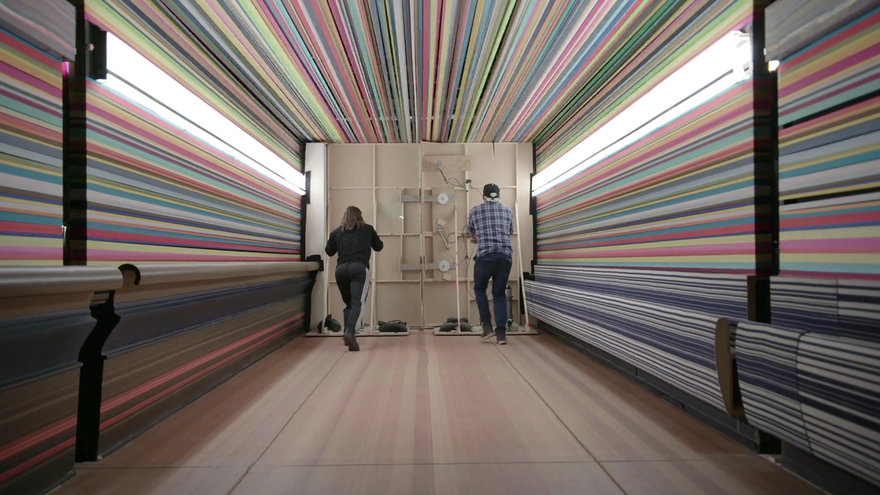 ...two stagehands are on the other side, manipulating it. 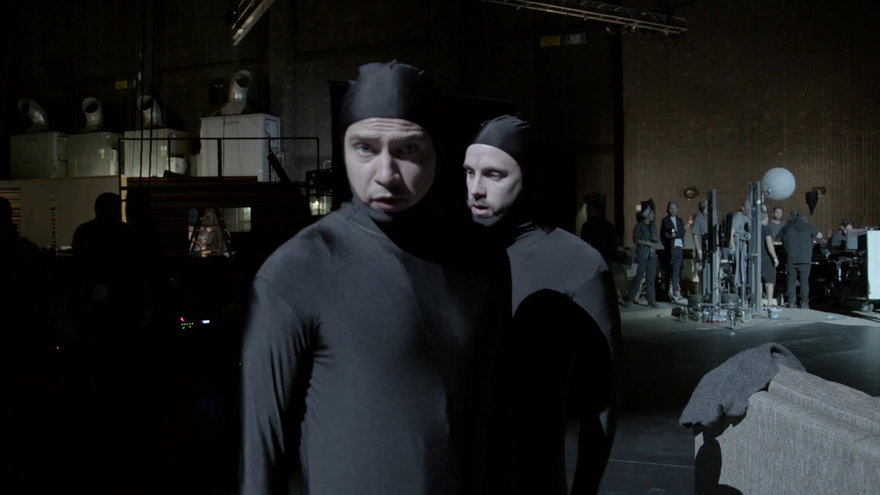 Not the most glamorous part of the job, but the guys that have to spin the couch at the end need to be as un-seen as possible.

AdWeek shot a behind-the-scenes video showing you how Jones and his numerous collaborators made it all work: