...and pointing out that there's an annual cost

It sounds like magic: You have a treasured audio recording of, say, a deceased love one. You transform that audio clip into a visual soundwave. A tattoo artist transfers the soundwave into permanent ink on your skin. Then, whenever you want to hear the clip, you "scan" your arm using a smartphone app and it translates the soundwave into the audio.

That's not actually how it works, despite what some people seem to believe. Which is to say, the scanning app isn't translating physical features into audio in the way that the needle in the groove of a record is.

Instead, what happens is you upload the audio yourself to the Skin Motion app's cloud. The app then connects that clip with the visual representation of the soundwave you're getting tattooed onto you. When you scan it, the app then recognizes the soundwave visually, in the manner of a QR code, and spits out the connected audio. 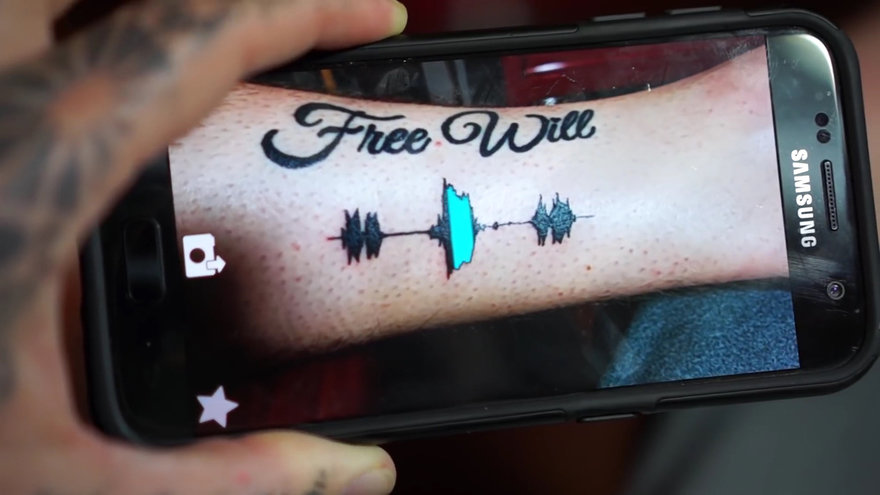 Obviously it would be cheaper to simply get the tattoo and play the clip whenever you want, for free, on your phone's music app. Yet the fact that Soundwave Tattoos are a going concern indicates that there are willing customers.

Why do you suppose this is? Do you think people actually believe the app is scanning the soundwave and turning those scribbles into audio, or do they just not care but enjoy the novelty of "scanning" one's arm?