"I've never been one to shy away from something just because it's scary or hard. If it fails, it fails." 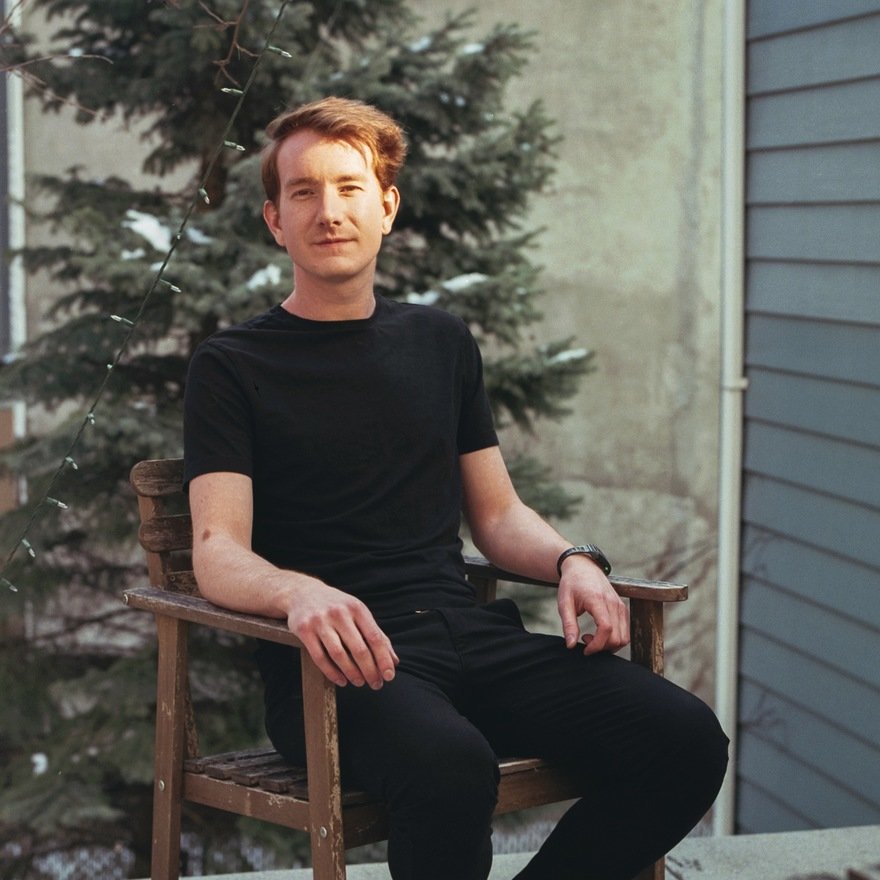 Experimentation is a clear theme in Baker's work thus far. Take a minute to scroll through his Instagram, and you'll notice everything from Air Max inspired chairs to a series of pet toys called "Food Animals." Two things are for certain: Baker is not afraid to put himself out there, and he's certainly not afraid to test-drive new mediums. In this interview, the designer explains his fascination with virtual reality sketching, the thinking behind almost object and his advice for young designers approaching the real world:

C77: Can you tell us a little about your design background?

NB: I graduated from SCAD in 2015 then moved to Dallas, Texas to work for a pet company called Petmate. I was at Petmate for two and a half years, and during my time there I designed all kinds of products, including dog and cat toys for brands like Chuckit, JW, Dogzilla and Jackson Galaxy.

After graduating, I decided I was going to apply to everything everywhere and just go where the job was, and that happened to be Texas. When you're just coming out of school, your first job is a huge learning lesson. I learned that your job is a big part of your life but that the lifestyle of where you live is a huge part as well. Texas is a great state, but I don't think it was the right state for me. I've always loved New York—I actually interned here a few years ago and wanted to come back—so I decided to quit my job and move here cold turkey. Going from a full-time job to freelance is definitely scary, but I was confident that I could make it work. The Instagram thing helped my confidence too.

How long have you been posting your sketch videos on Instagram?

I've had my Instagram for several years, but in January 2017 I decided to start posting everyday. I don't know if it was a New Year's resolution or what—it was just something I decided to do.

Well, you stuck with it unlike most New Year's resolutions.

Exactly. That's my problem with New Year's resolutions—calling something a New Year's resolution already infers you aren't going to go through with it. Posting more on Instagram was really something I started doing to keep myself motivated and to keep challenging myself to make something everyday. It didn't have to be a sketch or a 3D model, but of course since I am a designer, my feed tended to sway towards design. So that's what it's turned into, and it's grown quite a bit.

"I've never been one to shy away from something just because it's scary or hard. If it fails, it fails."

You also do a weekly Instagram live show on Wednesdays, Late Nite Nick, where you sketch live and answer questions from your audience during the process. What lead you to give this medium a try?

I realized Instagram's new live feature could be a good medium to experiment with live sketching, so I just decided to try it. It's a little more nerve-wracking and challenging than normally posting on Instagram, but I've never been one to shy away from something just because it's scary or hard. If it fails, it fails.

You've recently started experimenting with sketching in VR. How did you get started with this and what is the process like?

Everything I've tried so far is it's something I've done because I love design and love experimenting with new mediums. Similar to how I tried Instagram's a live feature when it came out, VR is a new medium that I also wanted to get into.

This past summer Oculus had a sale, so it was a nice, cheap impulse buy. I had just built a new PC, so I could easily incorporate it into my workflow. I went to Best Buy, which was like the only place in Texas where you can test the Oculus Rift, and experiencing it for the first time really flipped that switch. I realized it's not a gimmick like 3D movies and that I believe we're headed towards a virtual world. So I bought it and just started playing with it.

Was using your whole body to sketch difficult at first?

The way the current hardware works is that you have the headset and you also have two controllers. So you're visually there, but you're also tactilely there. You have your hands and you can touch things and move things around, which is super immersive. It's natural compared to CAD software, which is difficult and has a high learning curve. Virtual reality sketching is much more intuitive because it's just like taking a Sharpie and writing in the air—if a Sharpie magically worked in the air, that's how it would be. And you're standing in a blank space—kind of like Keyshot where it's a lighting studio, but it's all white and seamless.

Do you think being in this totally different world eliminates distraction?

You can definitely get in the flow when working in VR. You become very focused because all of the distractions from the physical world are blocked out. I turn music on because the Oculus Rift has headphones, so it really is your own little world.

How do you see VR sketching being integrated into the design process?

That's the million dollar question, and I'm not exactly sure yet. So far I think that very organic and surface heavy forms are way easier to realize in virtual reality than on paper or in CAD. In particular, I'm thinking of automotive design and footwear design, which have very fluid forms. It's difficult to CAD those objects, where in virtual reality you can easily sketch them out and make them look realistic in a very short period of time.

Then in the traditional process, especially in school, you take a sketch and then you do a blue foam model and evaluate that before making a final prototype. I think that VR can replace blue foam models in a way and really bridge the gap between sketching and CAD. A lot of times I'll sketch a doodle out on paper and then go straight into VR to better understand the form.

So it kind of falls between the 2D and 3D worlds?

Right, exactly. VR sketching is definitely still sketching. It's technically a 3D model when you export it, but it's more like a reference since you can't manufacture that 3D model. Because VR is so intuitive and immersive (you're actually there and you're able to manipulate things in 3D space), it makes your ideas flow a lot better, especially at the very birthplace of an idea. I'm not exactly sure how to articulate that, but it's very fluid in the way that your subconscious is directly connected with a physical object. I can just move my hand, and the object almost forms itself in a way. So I've used it a little bit just to ideate.

On top of experimenting with VR, you've also started your own brand called almost object. What has that process been like?

About a year and a half ago I decided to create a product from start to finish all by myself—from design to manufacturing to actually shipping the product. I started out designing a bottle opener. I went through sketching and the whole nine yards for that—working with sourcing over in China through AliBaba and getting samples and everything.

"I struggle with the fact that many designers are just creating another shape with a new trendy material. Why can't we make things that question what objects are?"

I learned that your source actually does matter a lot. The communication with the manufacturer I used was so utterly slow that by the time I was ready to manufacture, I hated the design. I feel like that happens—you design something and then a year later you're like, "this thing is the worst design I've ever done." So I decided to cut it.

I wanted to create something that would push the edge of what a product could be. I didn't have a full length mirror in my apartment at the time, so I could never see how well my shoes matched my outfit. I had this idea to create the bend mirror—a stainless steel mirror with perforations on it so that you can bend it to be a customized mirror or shelf or bookend or whatever you want. It has a mirror finish, but it doesn't have to be a mirror at all. It's an unfinished object, or an almost object.

I struggle with the fact that many designers are just creating another shape with a new trendy material like, " We just created another bottle opener that's made out of brass."

And it's millennial pink.

And it's millennial pink, right. But why can't we make things that question what objects are? Essentially the almost object manifesto is: Let's push objects to the limit, and let's question what every object is.

It's definitely not a sustainable business model right now, but that's not the point. It's my hobby. I just want to make great products that are really interesting and that people can buy. If I wanted to turn a profit, I could sell the bend mirror for 200 bucks, but I have them priced way lower. Because yeah, you can make a brass bottle opener that costs 200 bucks, but why?

Do you have any advice for young designers who are about to graduate or have just graduated and are looking for a job?

Apply to everything, everywhere. I think some people get stuck on finding the perfect job right out of school. It's amazing if you can do that, but if you don't, you still have to start somewhere. You have to climb the ladder. If you get a job designing toilet brushes, that's still a good place to start. You'll learn a lot, and then in two years you can move on.

Then once you start working in the industry, I don't think you should give up your side projects. That's been crucial in my career so far. I started working at this pet company, and I love dogs and cats, but my personal passion is housewares and furniture. I didn't give that up when I started working for the pet company. I'd make dog toys during the day, and then I'd come home and sketch chairs. Just keep building your design skills in your free time, and don't lose the passion for it.