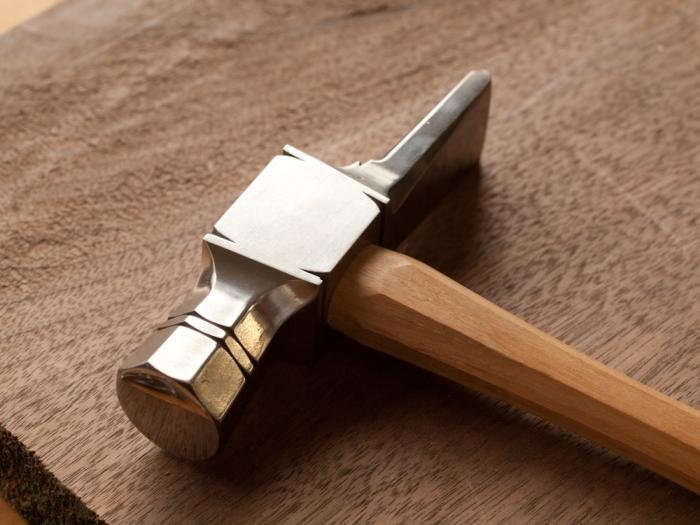 It's the early part of the 19th century and you are a traveling salesman selling hammers and other striking tools. You are traveling by horse, carriage, sometimes even by those new fangled canals, and your packs are loaded with sample hammer heads. Being from a major industrial center with water powered trip hammers that forge inexpensively, at high quality, and at high volume, you are pretty confident you will be riding back home with lots of orders.

You stop at the local iron monger and show him your wares. He listens politely, handles the hammers and just when you are about to close the deal he politely says "Those are fine hammers Mr. Smith, but around these parts we use a different tool. Ours is a little more expensive, but the peen is near the bottom of the head, not the top". And he politely hands you back your samples. 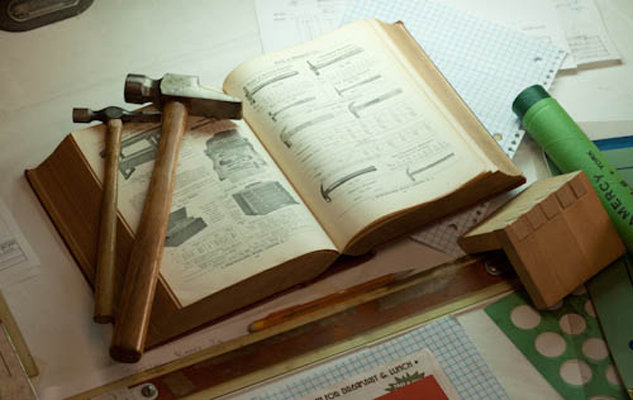 This scenario is repeated all over England. A lesser salesman than you might go home defeated, but you are a smart cookie working for a fine up and coming firm. When you get back to the factory you tell your boss the problem, and give them sketches and samples of the different styles of hammers used around the country. The local high price was due to low volume local manufacturing, not the actual design. On your return trip your product is familiar to the local craftsman, at a much lower price, and you get the orders you were hoping for. Within a few years, in a process enabled by the network of English canals, and finished off by the railroad the centralized manufacture of all kinds of tools at low prices, with a myriad of styles matching local requirements, destroys the local trade of the local individual blacksmith. This nineteenth century "Walmartization" of production happened both in England and the US limited only by the cost of transportation. What we are left with today in the tool market is a huge number of different names for what is essentially the same tool.

Off the top of my head I can think of a bunch of names for cabinetmaker's hammers: Warrington, Exeter, London, Manchester, Bath Head or Center Peen, and Lancashire pattern just to name a few. There are differences in the styles, and the styles changed and evolved over the 19th and 20th centuries. The key point is that all the hammers do the same thing: One side is for driving nails, and the other side is for starting small nails. Cabinetmaker's hammers don't have claws for pulling nails because using a claw would dent the wood, but faster starting of small brads is an important feature for furniture making.

By the way - just a few names for carpenter's hammers: Kent pattern, Canterbury Claw, Scotch Joiner's, Edinburgh, Glasgow, and I could go on.

We can nickle and dime the exact designs, for example the main difference between London and Exeter pattern hammers is that the latter had some chamfers. Some catalogs also listed these two patterns as the same item. But the real reason for the huge variety of tools is the response of manufacturer to regional markets. Of course don't confuse the range of multi-named cabinetmaker's hammers with the thousands of other type of hammers used for other purposes. In a quest for hand tool efficiency each trade in many cases had their own group of hammers and other tools - each evolving to suit the needs of the specific trade. In addition a light hammer, similar to an upholsterer's hammer was made just for Gent's (straight claw) or Ladies (curved claw).

This marketing response to local tool requirements were also addressed by the English manufacturers on the international market.