Tools & Craft #91: The Transmission of Power

The five epochs of power application in woodworking 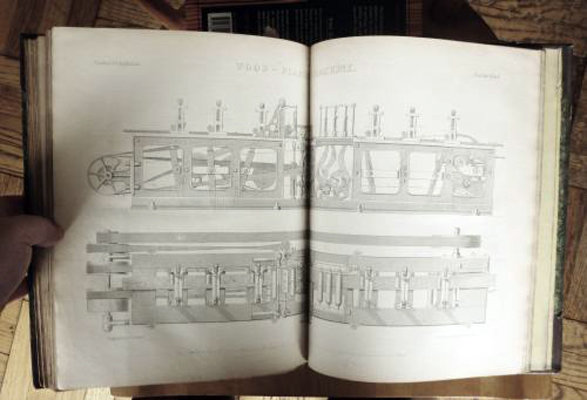 There have been 5 major upheavals in the development of woodworking tools. Each upheaval changed the way woodworking was done, changed furniture styles, and changed the skill level needed to produce professional work. The dates are approximate.

Aside for the water or wind powered sawmills, which were not ubiquitous, all work was done by hand. With the arrival of the Industrial Revolution quality steel became more available and at much lower prices. Greater availability of tools along with a population explosion greatly increased both the demand for wooden buildings and the demand for furniture. Tool manufacture became the province of highly specialized industrial firms, working out of several major cities; Sheffield and Birmingham topping the list. Centralized manufacture took advantage of new national transportation networks of canals and railroads which drastically reduced the cost of transport and by extension, further reduced the cost of the end product. Regional makers could not compete. Tool designs standardized. The lowered costs of tools made it possible for more people to answer the demand for wooden products successfully and the standard of finished work became higher and fancier. However all furniture and house construction involved skilled labor working fast.

As the Industrial revolution matured precision machines allowed for the construction of the first woodworking machinery. The machines were large, belt driven, and required a lot of capital to obtain, and specialists to maintain. The latter limitations made machinery impractical for smaller shops but in the United States, especially for furniture making, the factory system became the norm and furniture became a factory made item that the middle class could afford instead of purely a bespoke industry for the rich. As the nineteenth century wore on the middle class no longer bought simple joiner's furniture. Instead they bought fancy factory made versions of the latest styles made for the rich.

In house construction the biggest change comes in the 1840's with the introduction of inexpensive, pre-sawn lumber in standard sizes, which completely changes American architecture away from traditional timber framing. While previously standard sized timbers were used for most construction the introduction of framing with 2" x 4" standards greatly lowered the skill level needed for house construction. Fairly early on moldings and other worked details are made by machine. Later in this period pre-made door and windows further standardize construction and lower the needed skill to build a house. The United States was a leader in developing highly specialized machinery for production work in the furniture industry. In England some industrialization took place but there was far more reluctance to industrialize as the piecework system made it impractical for investors. Capital was also much harder to get. Even as late at the 1930's mid-price furniture in London was made by small workshops working with hand tools only. However these shops would take their wood to the local lumberyard for planing.

The picture at the start of this blog entry is of a early planing machine from the early 1850's. While I don't know if this machine was ever built, at this time machinery like this would be found only in saw mills, very large lumberyards, and in the US, large factories.

With stationary electric motors it became possible for small shops to have "machine rooms" and compete with the giant factories. No longer did you need an expert to run a system of pulleys from a central location. Each machine needed could be installed independently, anywhere there was electric power.

The boom in housing after WW2 put a huge strain on the national capacity for building housing. Motors became small enough to make hand held tools and for the first time a portable circular saw, drill, and jig saw could replace hand tools on a job site. Most important of course was that far less skill was needed to use power tools than maintain hand tools in productive condition, so lesser skilled craftsman could be employed. In addition, plywood and other materials that would easily dull hand tools could now be readily used on their own and plywood and other sheet goods replace solid timber wherever possible. Cordless tools, popular since the 1980's have increased the versatility and productivity of on-site building equipment.

The real change in production since the 1980s has been increased use of prefabricated parts. Even framing elements are routinely assembled in a factory and trucked in. Overseas outsourcing has moved a lot of the core furniture making and building elements overseas. Architectural woodworking for most Americans is no longer the work of a skilled cabinetmaker making a kitchen or library. The actual woodworking is now done at a factory and except on the high end, prefabricated, machine made parts are just assembled at the job site. Furniture is less and less a work of a cabinetmaker or a woodworking factory and more an advanced, automatic production of composite materials and high tech. Furniture, which used to be an expensive capital investment for any family is increasingly a commodity item that you buy, use, and discard like an item of clothing. The overwhelming majority of Americans have very little connection to new furniture built in a traditional manner.

Tools & Craft #91: The Transmission of Power