"Diners fill that role of a handshake, a hug and a welcome, and I think design can do that too."

David Rockwell and Surface Magazine's The Diner installation was a crowd favorite at this year's Milan Design Week. Housed in the empty warehouses of Ventura Centrale, Rockwell Group in collaboration with design studio 2x4 were one of the few exhibitors to completely transform the blank, concrete canvas they were given into a completely new environment. In this case, the new environment was a fully operational pop-up restaurant celebrating classic American Diners. Diners are a very specific type of environment to choose as a focus point for an entire installation, so we asked Rockwell to speak about his thoughts on diners and why they are so important to design. 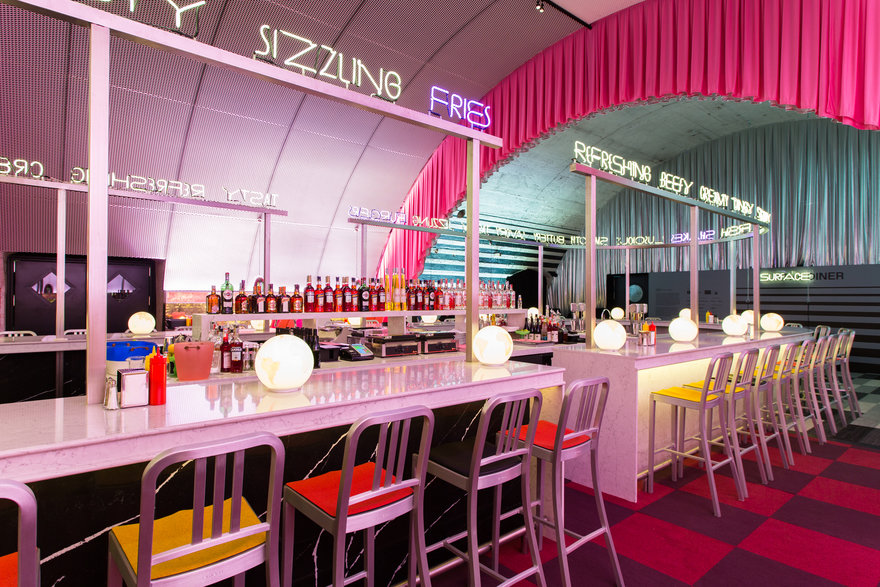 David Rockwell: Well, this is Surface Magazine's 25th anniversary, and they approached us about creating an installation in Milan. So much of the work that inspires us is the intersection of hospitality and theater. Diners are amazing because they, as an archetype or image, have been part of culture for a long time and have survived many different interpretations. They are very durable and optimistic concept because they're about welcoming everyone. Diners historically have been inclusive, multi-generational places—they're the epitome of a certain kind of American optimism. 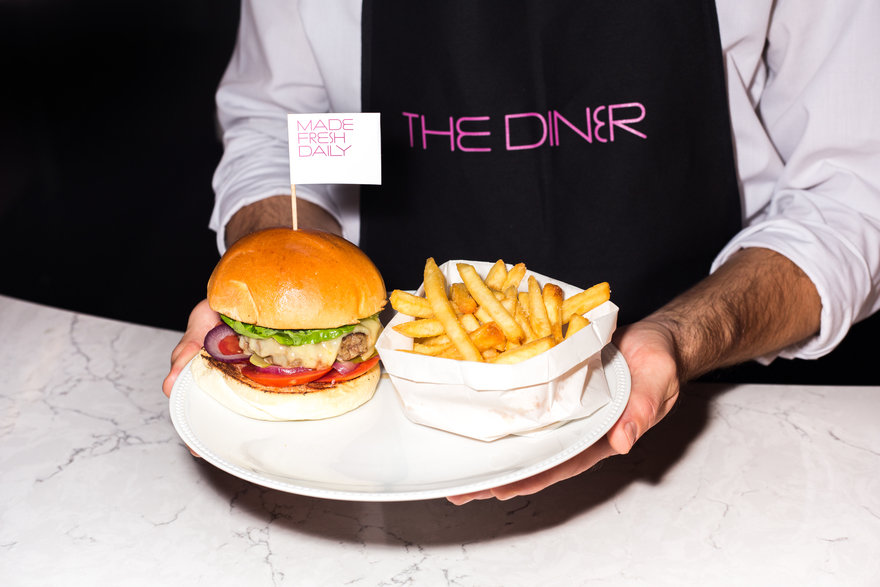 They also represented, at the time, a period in which design was becoming very democratic—it was a combination of high-end design and beautifully mass-manufactured things. There was this amalgam of so many different ideas that it just seemed ripe for a big installation in a place where everyone's on their feet, walking all over and looking at a great design. Why not reestablish and reinvent this form that's been around forever and perhaps maybe hasn't gotten its due?

For readers that weren't in Milan for Design Week, can you explain how the installation was set up?

Well, we got this beautiful space to respond to, and instead of having it be one big space, we decided to divide it. It was very much about a spectacular center counter that connected everything. Then we divided it into four separate kind of environments that each had different color temperatures. So even though the counter continued throughout all of them, the spaces around you changed in color a little bit.

What were your favorite details from each of the four environments?

Let's start with the front space, which was inspired most directly by an Airstream trailer. That area was very much like a cocoon, so the walls curved on all sides like an Airstream. There was a wall with postcards that people were able to take with them, which was a fun exchange. They represented this kind of continuous travel because diners are places that serve as a social experience throughout the whole country. 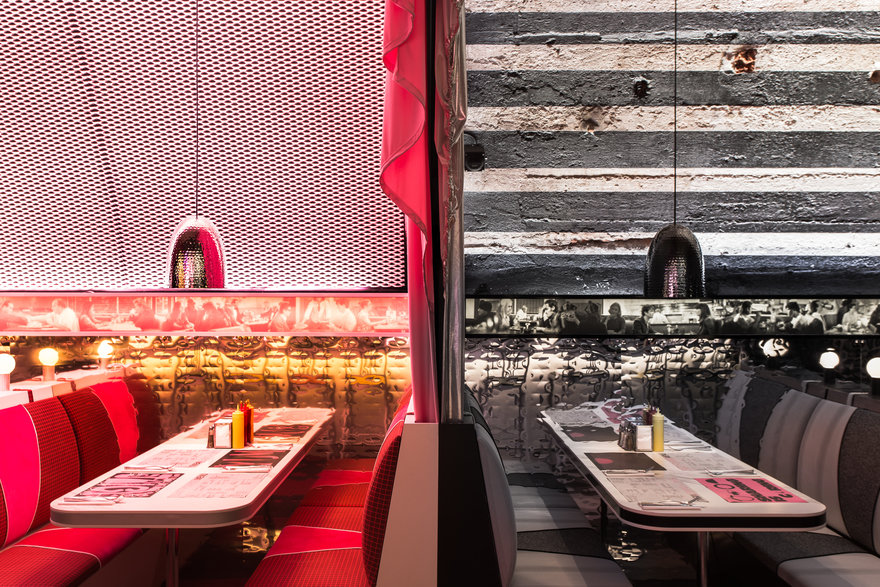 The next environment was black, white and silver, reminiscent of a New York luncheonette. You know, milkshakes and cheesecakes. That's where the main counter began with this beautiful neon sign that connected it all. The silver lead to what I would describe as a Midwest diner. It had these cotton candy colored booths that celebrated the diner's love for bright colors. 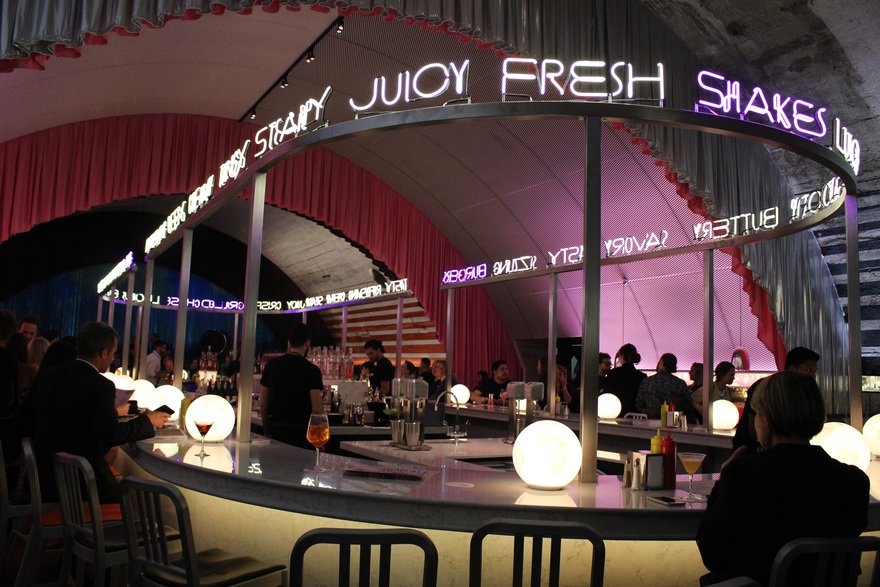 One of my favorite details that connected the whole space were these very simple industrial glass globes that we made watercolor outlines of the continents on, so they were both handmade and engineered in a beautiful way. Another connecting element was the back area, which was most inspired by a west coast drive-in movie theater. It had sort of an eclectic Venice Beach feel to it, and there was a place for a stage, so we were able to host some interesting design dialogues back there.

What do you hope visitors got out of The Diner experience?

Our lives are so crammed full of moving from place to place, and that's never more true than during Milan Design Week, where you're hopping around to every possible amazing design installation. I hope The Diner served as a hangout place where people were able to meet people they never expected to meet. Diners fill that role of a handshake, a hug and a welcome, and I think design can do that too.