What Was the Purpose of Saloon Doors?

The function of a doorway is to allow people to pass through a wall.

The function of a door is to seal that aperture, providing visual and sonic privacy, protection from the elements and denying access to people who are not supposed to pass through that wall.

Given those truths saloon doors, of the sort seen in every Western movie, make little sense. Yet we know they existed thanks to not just Hollywood, whose depictions can be suspect, but the actual architectural record. The question is, what was their purpose? 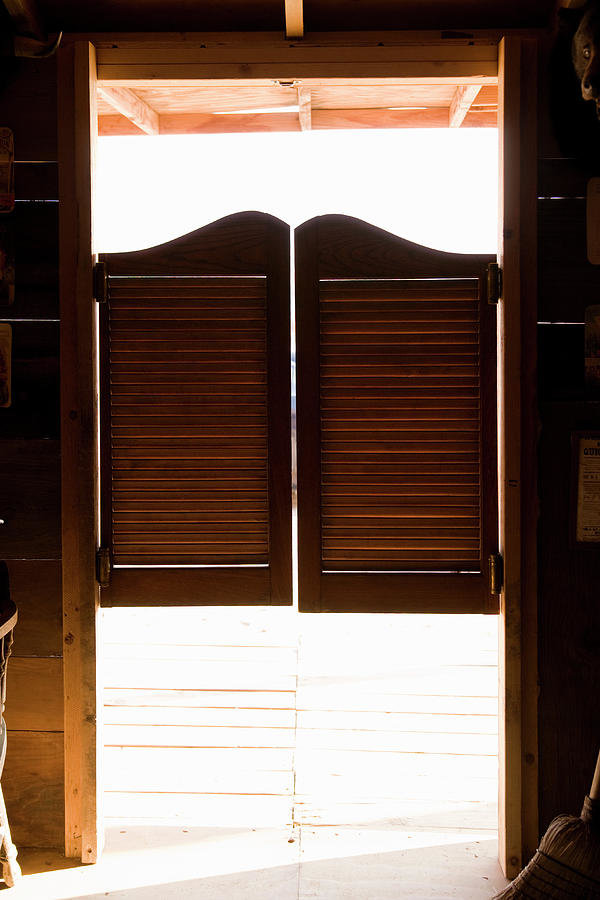 Incredibly dumb and obviously specious theories abound on the internet, and with no Saloon Door Authority to set the record straight, all we can do is use our observation skills as designers to deduce their intended function.

Saloon doors, also known as batwing doors, can be paneled, louvered or planked. But regardless of their construction they consistently have two defining physical characteristics:

1) They do not extend all the way to the floor nor the top of the doorjamb, but instead block the doorway at roughly torso height. 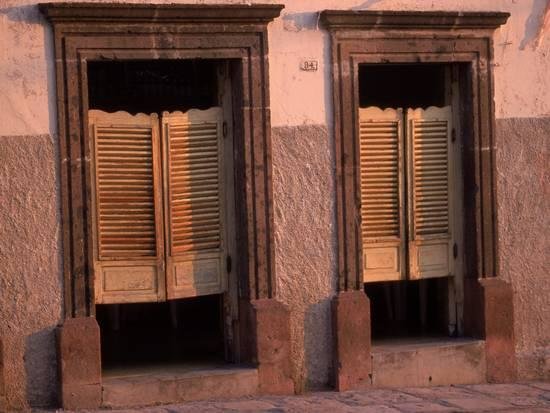 Let's look at characteristic #1 first, and what that says about the door's function. Since they do not seal the doorway, they provide little protection from the elements and are unsuitable for denying access. (Saloons that had closing times were locked after hours using an additional set of outer, shutter-like doors.)

What they do provide, most obviously, is a modest visual barrier. Nineteenth-century saloons were places for men to consume alcohol, gamble and hire prostitutes, all pursuits that were at odds with religious and temperance movements of the time. We can conclude that barring passersby from getting an unwelcome eyeful of these sins--while still allowing the sound to pass through, to tempt the intemperate--was one goal of saloon doors. 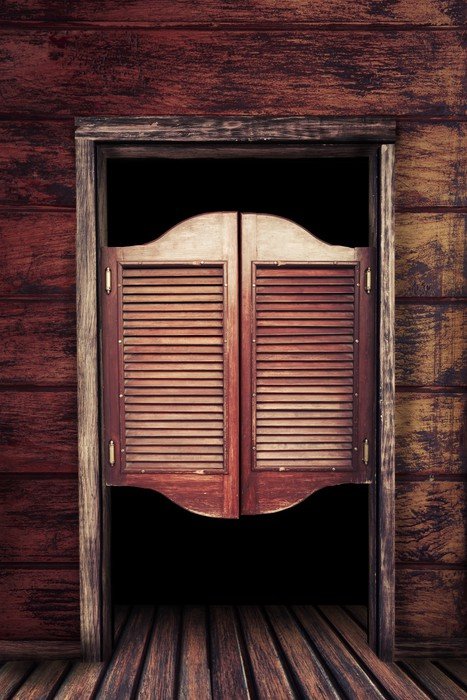 Why not, then, just have a full door? One explanation might be to save on materials, but that seems untrue; if the sole purpose of the door is to block the view, the outer doors would simply be used and no saloon doors would be installed at all.

I think the explanation lies with characteristic #2. 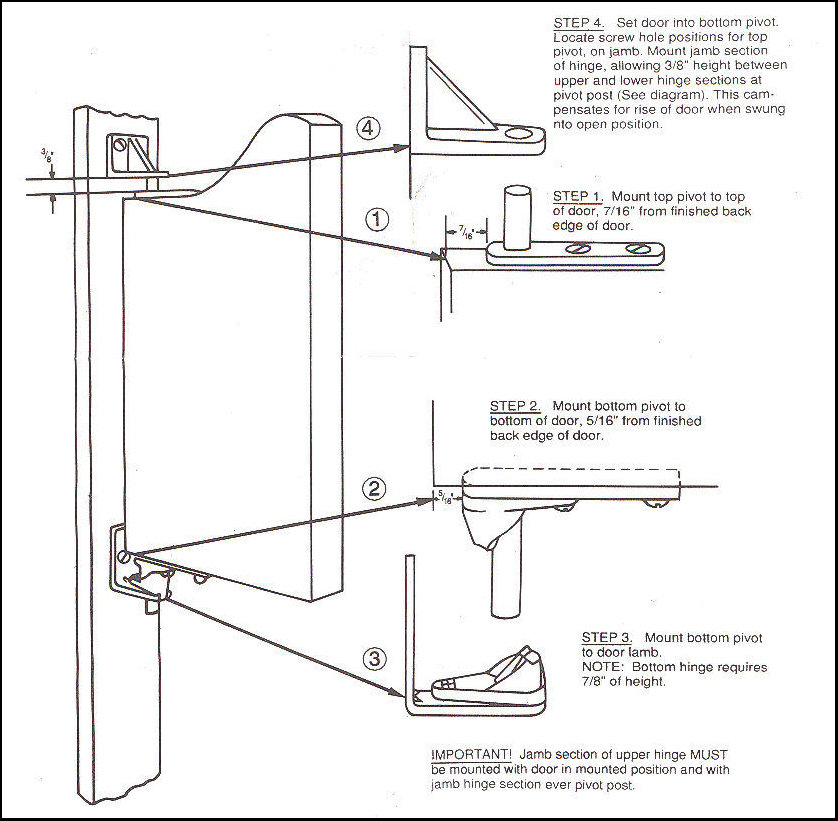 Saloon doors feature bi-directional hinges and no door handle--as do the doors to the kitchen of every restaurant I've ever worked in. The purpose of a door with a bi-directional hinge is to allow people whose hands are encumbered to easily pass through them, regardless of whether they're going in or out. If the door is reduced in surface area and split vertically in half, therefore greatly reducing the weight, it makes it even easier to push through.

Coupled with a need to provide a visual barrier to licentiousness, if we think of a saloon needing to be regularly restocked by someone carrying crates of bottles in and out, and patronized by cowboys who might prefer to carry their gear inside rather than leave it sitting outside on a horse without an alarm system, then saloon doors make good sense. I believe these were an early stab at UX.

What Was the Purpose of Saloon Doors?