This is an awful story that automotive designers should take note of.

On Tuesday afternoon last week, 16-year-old student Kyle Plush went to his minivan in the parking lot of his Ohio high school to retrieve some tennis gear. He never returned.

Around 9pm that night his father, looking for him, located the minivan. Plush was dead inside, having suffocated.

Plush's car was a 2004 Honda Odyssey. The third row of seats in that car are designed to fold backwards into a storage position. This illustration produced by a Cleveland news organization explains what happened: 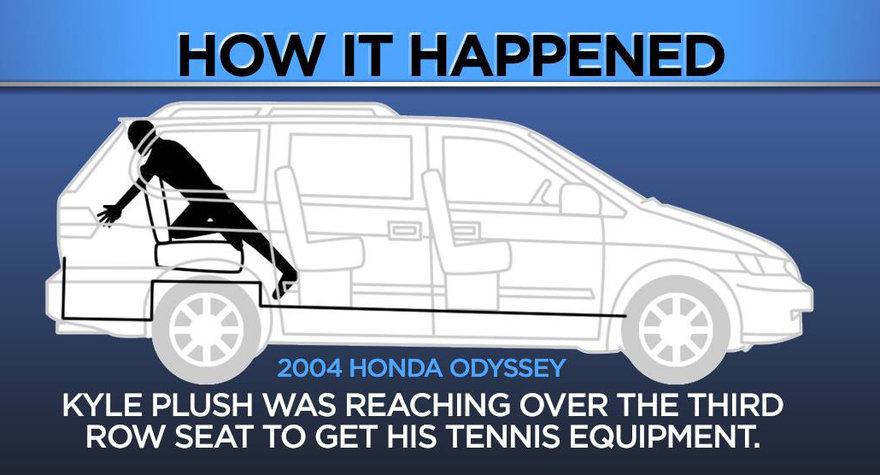 Just awful. Even worse is that Plush managed to reach his phone and made two 911 calls, connecting both times, yet officers never found him due to a bizarre confluence of events.

This does not appear to be a common cause of death, and one could argue that there's simply no way the designers could have foreseen such a freak accident; but now that it's happened, all automotive designers working on similar features ought be made aware of it.

Reuters reports that the U.S. National Highway Traffic Safety Administration has contacted Honda and "will take appropriate action based on its review."