During the madness that is Milan Design Week, Lexus gave the public a space to meditate and refocus their thoughts. Set this year in the Museo Nazionale della Scienza e della Tecnologia's Cavallerizze buildings, the sixth edition of the Lexus Design Awards focused around the prefix "Co-". With an impressive 1,319 entries from more than sixty countries, designers were asked to focus on the keyword and its inclusive meaning but first and foremost on the catalyst potential of design for empowerment and social change. 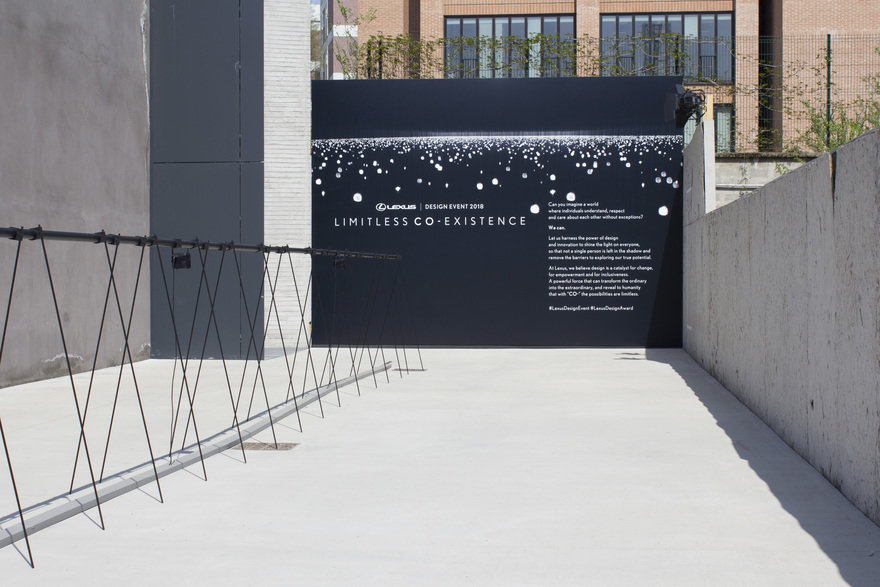 However, Lexus was not only challenging emerging talent to reflect on the notion of 'Co-', but also commissioning Japanese architect Sota Ichikawa of dNA (doubleNegatives Architecture) to design the exhibition. Creating a dramatic and immersive installation stimulating all five senses, Ichikawa takes you on a sensorial journey through almost pitch black rooms, where you are invited to clear your mind and focus. After a lollipop of Bergamot, Licorice and crackling candy, specially created for the event by culinary designers Altatto (Giulia Scialanga, Sara Nicolosi and Cinzia De Lauri), you then enter into the last part of the show. Made up of 12'000 hanging strings that were each individually lit up by a single, central laser, this part of the installation aimed to symbolize, with poesy, that, "no one should be left in the shadows". 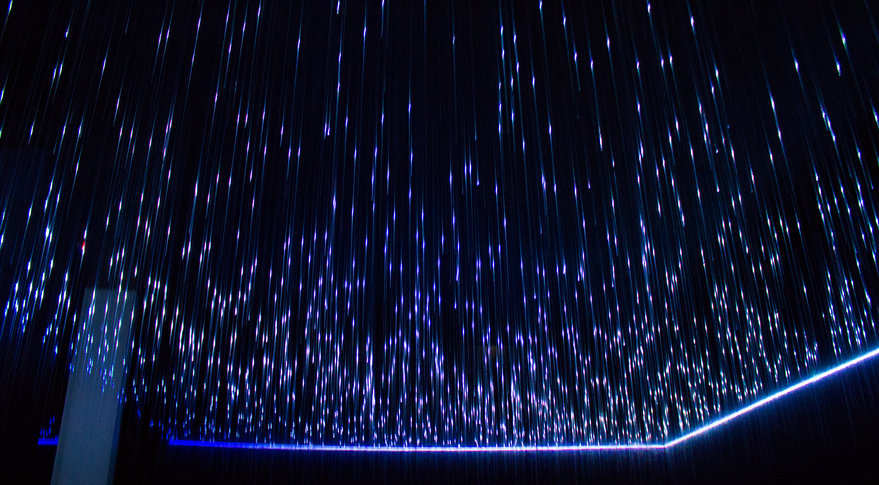 Guided by the meaning of "Co-" and almost perfectly fulfilling Lexus' inclusive brief, it was no surprise that this year's grand prix laureates were New-York based design studio Extrapolation Factory, co-founded by Elliott P. Montgomery and Chris Woebken. Mentored by Formafantasma and challenging expectations in a product-led industry, Extrapolation Factory did not present so much as an object but the props created during a two-day workshop, where community members from Queens were invited to test-out, explore and imagine alternate futures for their neighborhood. 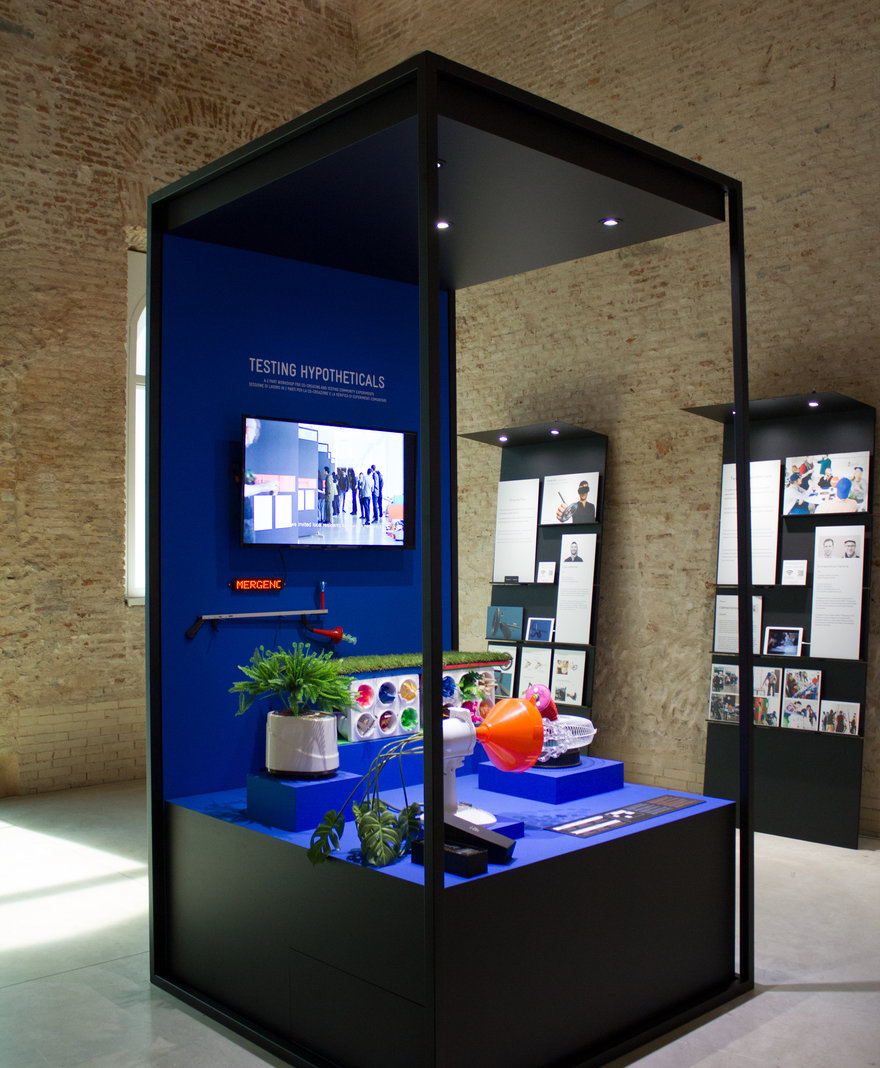 Entitled Testing Hypotheticals, the project itself is a method for facilitating speculative and experimental community workshops. As a first prototype, with the help of a scripted workflow specially designed to prompt future scenarios, the participants in Queens were invited to create and flesh-out their hypothetical storylines. By creating their own props—ranging from digital storytelling portals in public parks to mass-transit with built-in gardens—the participants, together with real actors, then went on to perform these new futures together. 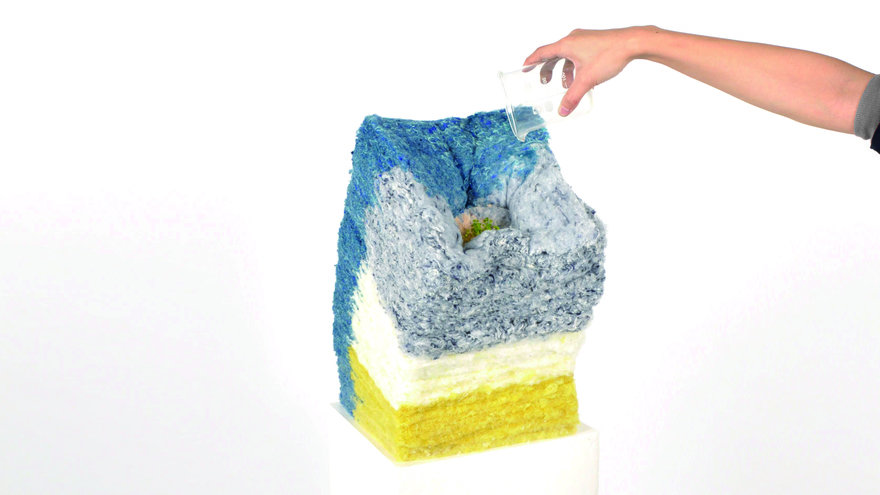 In response to insufficient clothing recycling in Japan, Japanese textile designer Eriko Yokoi used old textiles to create a fiber soil that helps reduce waste. Old clothes get recycled by layering and compressing the polyester fibers into a perfect breeding ground for plants, allowing the seeds sewn into the material to get enough water and air. 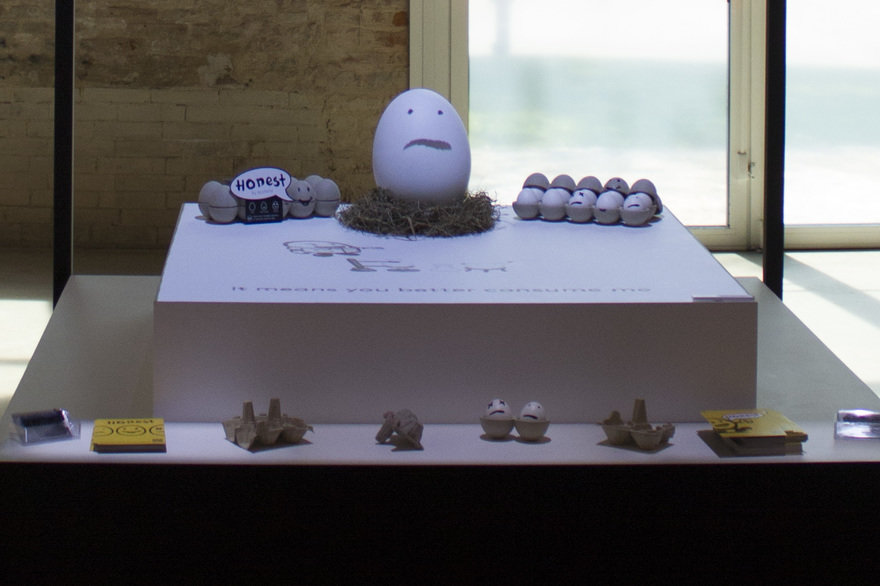 The duo aesthetid, a design studio from Malaysia, found a simple solution for visualizing if an egg is past its use-by-date. Ink printed on the shell changes color after a certain amount of time to indicate if the egg can still be eaten or not. A smiley face represents the egg's good-to-eat state, while a comical cross-eyed face warns the user that the egg has gone bad. The positive emotion triggered by the happy face intends to encourage people to eat the eggs, which otherwise would be thrown away in precaution.

Paul Yong Rit Fui and Jaihar Jailani Bin Ismail designed the Honest Egg to contribute to food waste reduction, in the hope that this new technology will be applied to a broader range of products. 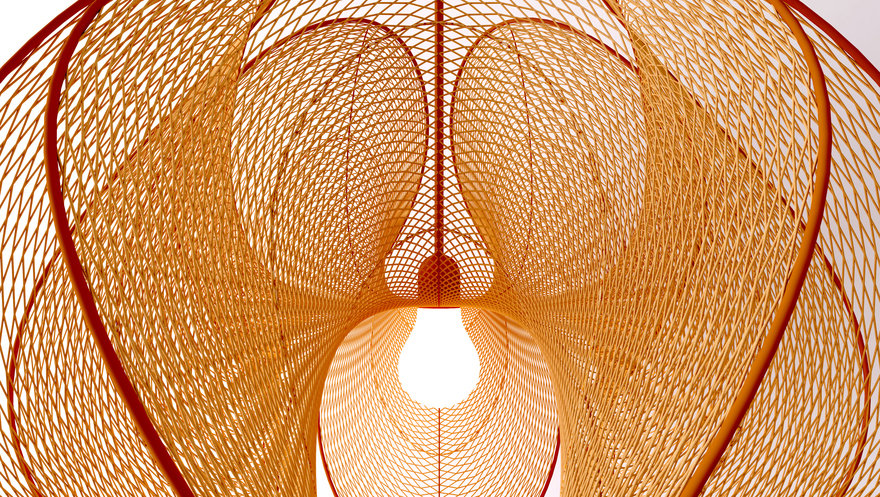 DIGITALAB combines the traditional Portuguese material cork with modern producing technologies. Recycled cork, in part from bottle stoppers, is used to create furniture that is designed by way of algorithms—finding shapes with less production waste.

The lamp showcased only one example of how the material can be reused, but thanks to the algorithms, the material can potentially be used to create other objects, ranging from chairs to tables.