Making Time for Bio-Plastics: Mondaine Experiments with a Castor-Oil-Based Watch

From bans on plastic straws and bags to concerns about the ever-growing Pacific Garbage Patch (which is now three times the size of France), there is a movement towards plastic reduction that we all need to support. Obviously this can't happen overnight, but can be viable if thousands of companies start taking even baby steps towards alternatives to plastics.

For their part, Swiss timepiece company Mondaine is experimenting with bioplastics in their Essence collection of watches. 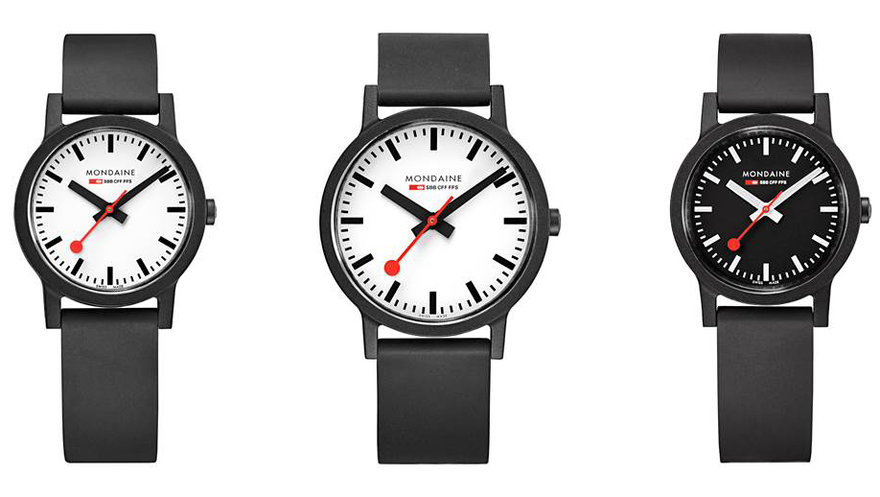 While they're not yet able to ditch plastics entirely, they've begun incorporating the following surprising ingredient:

"Essence is the first and only watch made with a castor oil casing," the company writes. "Sustainability extends to its packaging as well, which is made from recycled PET plastic bottles and can be reused as a sunglasses or phone case."

We sent them some questions about the material, and they returned the following answers:

What does the production process entail, i.e. how is castor oil transformed into bio-plastic?

The Ricinus (castor) oil is extracted from the castor seeds by a mechanical pressing process. The oil that is obtained is further processed in a granulate form and then processed into a bio-plastic in the case of the essence.

Ricinus can be preferred over other bio-plastics such as corn-based because the seeds from the Castor Bean plant are inedible. The castor bean comes from Wonder Trees, which are fast growing, up to 10 feet high.

Are there other products on the market that feature Ricinus?

No other watch brands have used this. However it is well known in the cosmetic industry, i.e. for makeup, lipsticks etc. In [the] pharma industry it is well known for hundreds of years as a [digestive aid] for humans. Chairs are also made out of this material, and tests with parts for cars are being conducted.

What structural considerations led the designers to the 41% castor oil, 27% fossil plastic and 30% glass powder ratio?

BASF first suggested to use 70% Wonder Tree oil, but this material would not have been strong enough for a watch case which has to resist against shocks, changes in temperatures, and foremost water resistance over time. For this reason we have tested the BASF material by gradually adding glass powder (glass is a natural material), until we found the best compound – 30% glass, making the case stiff, long lasting, shock and water resistant.

What are the performance characteristics of Ricinus versus a typical plastic, or bio-plastic?

They include high-thermal stability, dynamic strength, and impact resistance. BASF who we work with for the material also uses [it] in automotive applications such as engines, gears, radiator systems, fuel supply systems, and electrical systems. For the watches, it has [the] same characteristics as normally used fossil compounds – so Mondaine was able to replace that compound to a large degree with renewable material. A first and important step in the right direction for our environment.

Assuming this is the first step in an evolution for Mondaine, what is the next step?

The next running change in the production is to replace the stainless steel backs and buckles, and its next launch will include the back of the casing and buckles with the castor oil material.

You can take a closer look at the Essence here.

Making Time for Bio-Plastics: Mondaine Experiments with a Castor-Oil-Based Watch