School's out, but many design students are still at work on the crowdfunding campaigns they started in these courses

From design books to one-off products to the occasional full product ecosystem, we constantly find ourselves featuring independent designers that have reached success based on surpassing their Kickstarter or Indiegogo funding goals. In addition to the classic "independent-designer-turned-crowdfunding-success" model, we've also noticed that the platform has made its way to design schools across the world as a tool for professors to teach design-minded students the foundation of entrepreneurship.

To gain a better understanding of how Kickstarter is being utilized as a tool in design school classrooms, we spoke with three professors from different schools to learn more about how their crowdfunding-focused courses work. Each course has its differences, but they all have one main goal in mind—to teach students that starting your own brand is more accessible than ever before. 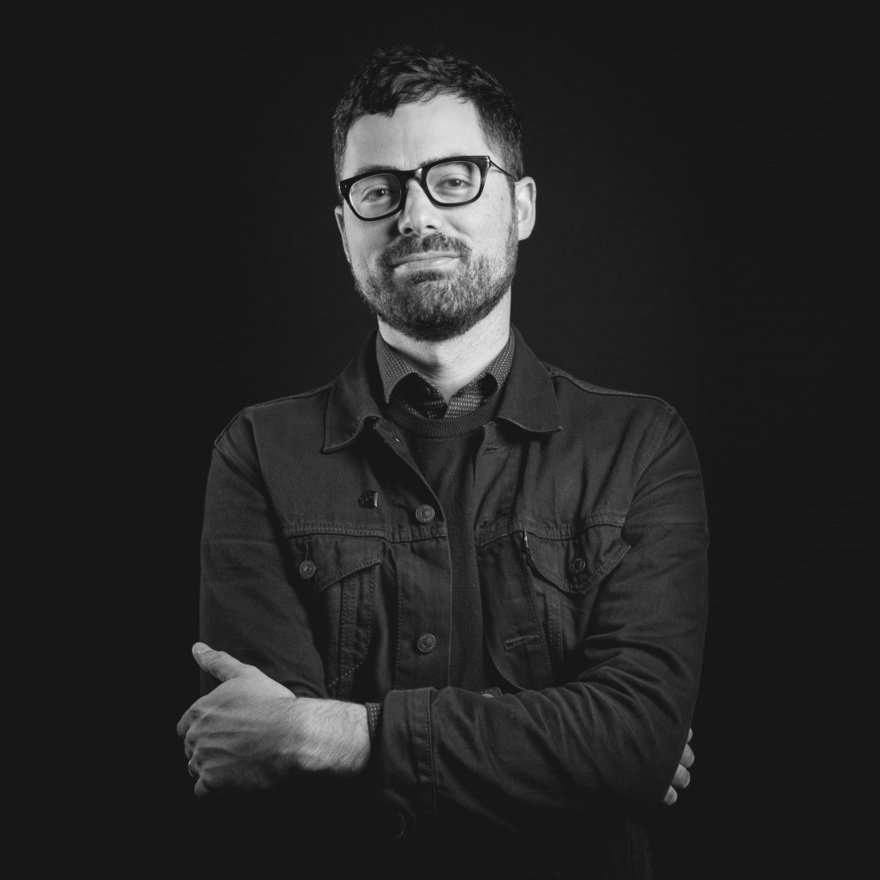 Craighton Berman has successfully launched and funded multiple Kickstarter campaigns, including The Manual Cocktail Collection, which we have on display here in our office (for casual mid-day binge drinking purposes, obviously). In addition to being a Kickstarter Thought Leader, Berman teaches a course at the University of Illinois at Chicago in which he uses the creation of Kickstarter campaigns to teach his students the full process of launching a product or brand.

Can you explain how your Kickstarter-related course works? 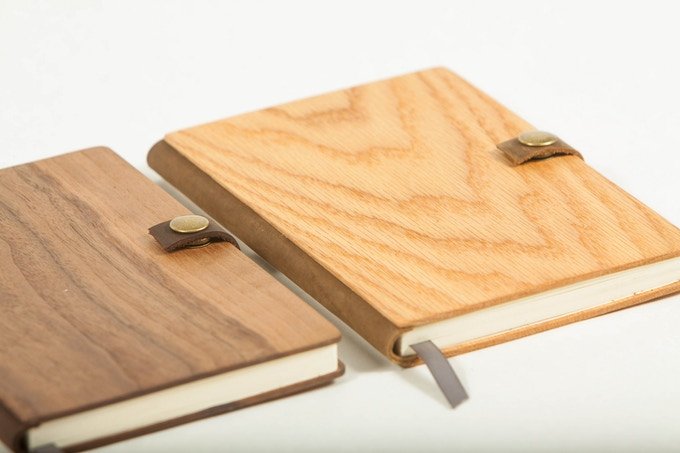 Weathered Notebooks is a line of refillable notebooks made of heirloom materials. Steven really dove in to self-manufacturing, and built a CNC shop to create much of the parts for his line, which he continues to sell.

The goal of the UIC Entrepreneurial Product Development class was to expose students to entrepreneurship by having them actually DO entrepreneurship. In addition to readings, lectures, and guest design-entrepreneurs, each student developed their own product design and launched it on Kickstarter. The students were encouraged to think small—there's a lot to learn in a small Kickstarter project—and move fast. They spent about a month working on concepts, a month developing for manufacturing, getting quotes, and working on a project budget, and a month developing the campaign storytelling. When they come back from winter break they launch the campaigns, run them for a month, and then spend the last 2 months of the semester kicking off manufacturing. For many students, the project is not complete until after they graduate—thus requiring them to keep working on it outside of the confines of school. This is the ultimate real-world learning experience—they owe product to people, and they really need to deliver! 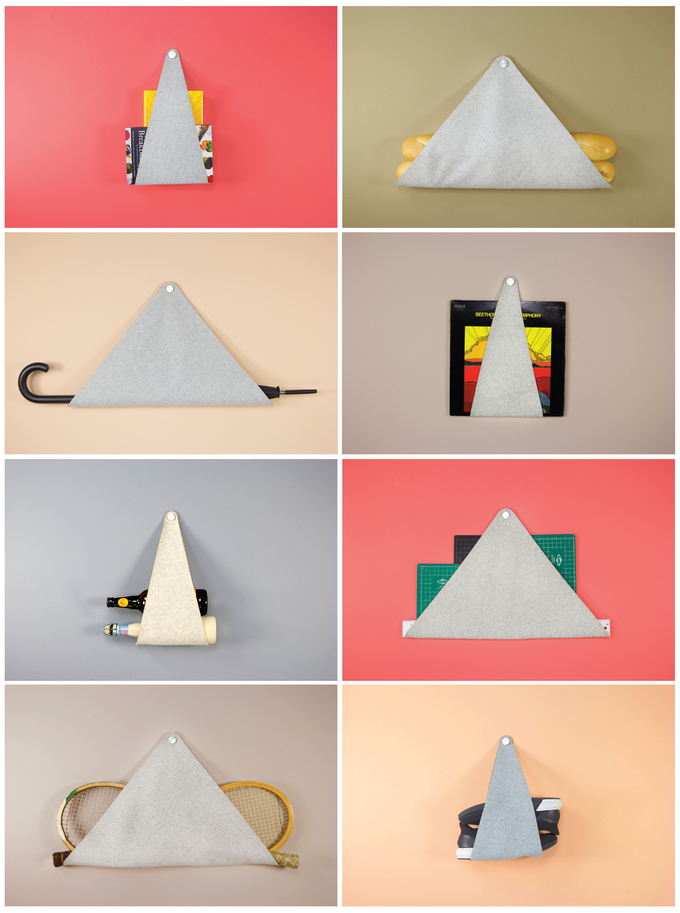 Niche is a beautifully simple flat sling and storage piece. Sara did a beautiful job with the storytelling here, which she has continued with a second successful Kickstarter that ran this year and a new brand!

It's a perfect tool for experiencing all of the elements involved in entrepreneurship—beyond the fun parts of developing ideas. Students are exposed to business models through project spreadsheets. They learn how to talk to the press through writing a press release. They experience customer service through answering messages and emails from customers. They learn how to work with a manufacturer and problem solve on the fly. And finally, they come out the other side with a whole new skill set that most design schools will never provide. I have had past students get design jobs based on showing their Kickstarter process in an interview. It shows a real strength and discipline to deliver on a Kickstarter project, which is valuable even beyond the money they raise.

Beyond basic project management and manufacturing skills, I hope they walk away with a taste of how challenging-yet-accessible entrepreneurship truly is. The mainstream narrative is obsessed with valuations, unicorns, and software startups—but the reality is that designers can launch their own passion projects as side hustles and slowly build their name into a brand. It's empowering to learn that the walls are coming down, and this stuff is more accessible than you thought. 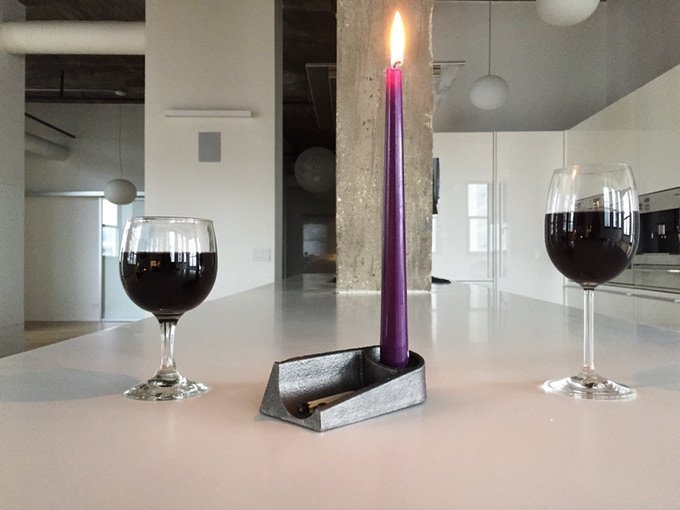 Sindr is a cast iron candle/incense holder with a strike-anywhere flair. Ariel visited a bunch of Chicago-area foundries to select her final manufacturing partner, and it was amazing to see her learn so much about a process and material. She continues to sell Sindr today, which is totally exciting. 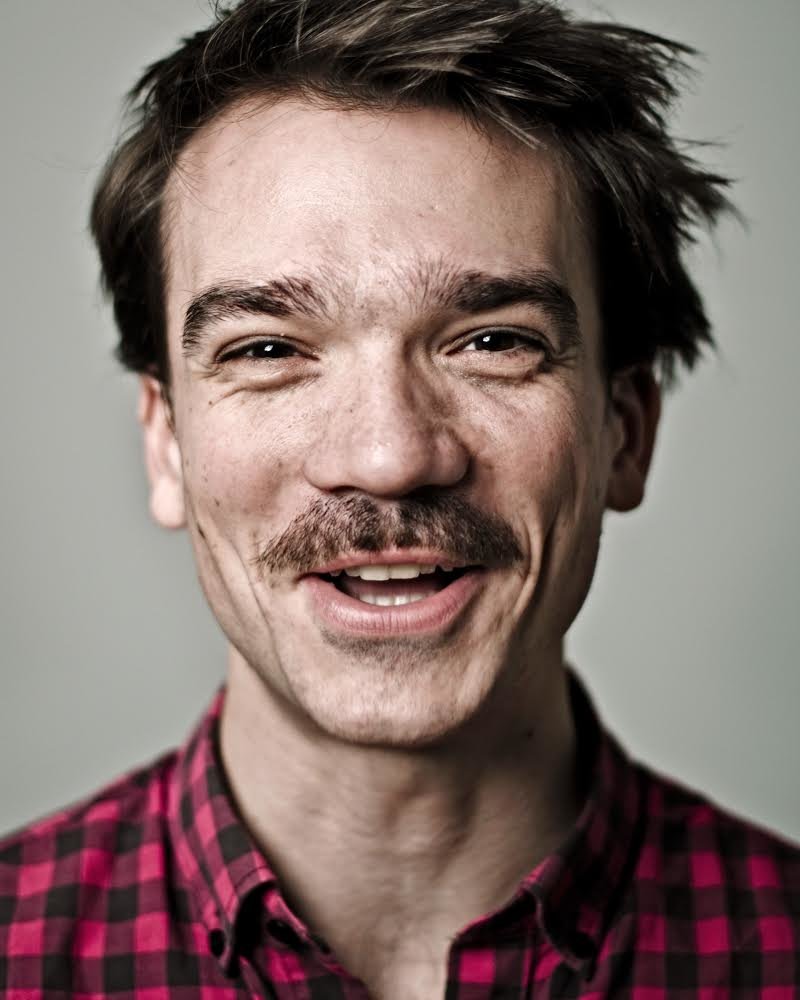 Oscar Lhermitte runs his own design studio where he works on an array of products, including Kickstarter hit, MOON. In 2012, Lhermitte started Sidekick Creatives, a company that gives extra support to people working on Kickstarter campaigns. In an effort to teach students that there's more to design than just designing a product, the Kickstarter Thought Leader began using Kickstarter in his briefs at the Royal College of Art as a foundation to teach students about entrepreneurship.

Oscar Lhermitte: For our Object Mediated Interactions platform at RCA, my colleague Durrell Bishop and I gave a standard brief to students where they had about two months to come up with a product. Then the second brief we gave them was to put that project on Kickstarter. The whole point was not to launch the projects on Kickstarter. Our students were doing their Master's, so it was their final project, and many of them were working with electronic components. They didn't know how to produce the products, and they wouldn't have time.

Our students needed to come up with a story for the project, write the text, make a video and figure out how to explain the product. What is really nice about Kickstarter is that when you build your project, there's a set of sections you have to fill in. If you don't fill them in, you can't submit your work for approval. It's such a good template to see if you are ready for your project. What is the name of your project? How do you define your project in one sentence? It forces you to figure out a direction, and that's what we want students to do. At the end, instead of the students presenting in front of the class, we asked them to submit to Kickstarter and go through Kickstarter's approval process. 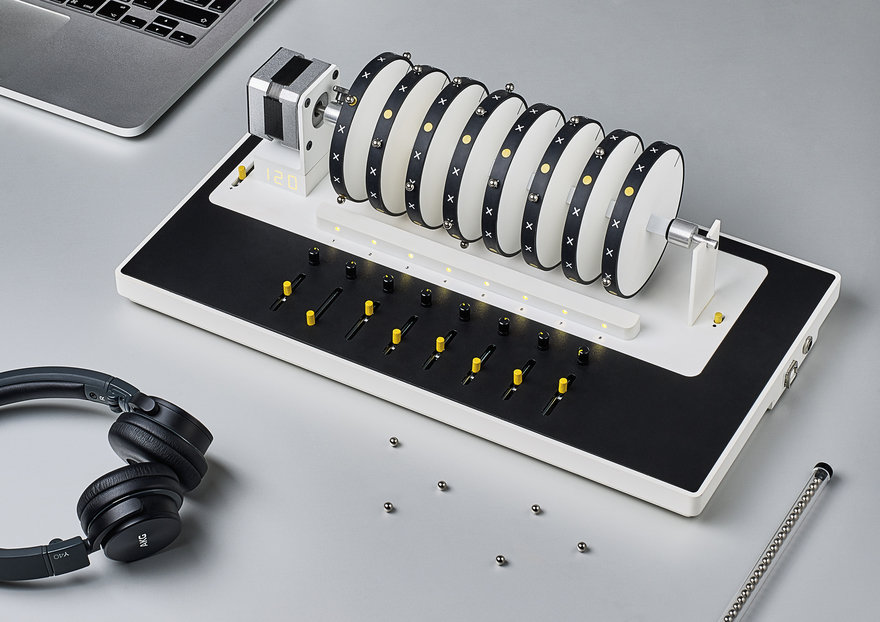 After graduation Axel Bluhme started working for Google, but he recently resigned and is going to Kickstart his graduation project, XOXX Composer, instead.

I don't think it's that difficult to get approved by Kickstarter, but you have to fill in the whole form, so that's interesting. The students could have all launched their campaigns, but the manufacturing was, of course, not complete. For the presentations, each student had to send us the preview link to their campaign so we could watch and see the whole product without seeing any physical work.

The idea was for students to learn that designing a product is not just about designing the object—it's about thinking of all the systems around it. How do you photograph it? How do you communicate its idea? How do you write about it? The real challenge is the subtitle—simply explaining what your idea is in just one sentence. Doing that for your own work is so difficult, which is why it's much easier to ask someone else to write the text for you. That person has an additional point of view, and they can clearly identify what is interesting about your project and what is not as relevant.

I know of two or three students that are currently working on the same products that they went to Kickstart in our course. Once the course was over, they all realized that crowdfunding is an interesting and different way of thinking about products. The model really clicked. 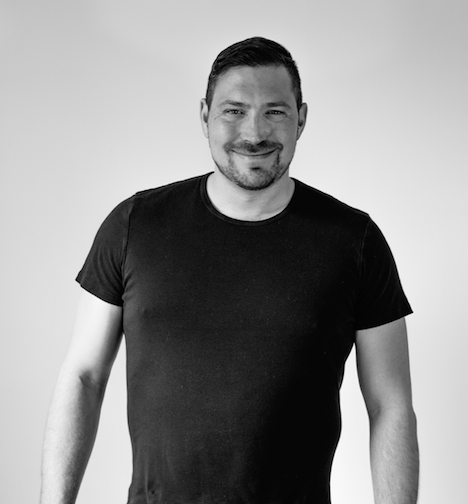 Peter Ragonetti is another Kickstarter veteran who has spent years bringing his projects to life using the online crowdfunding platform. Ragonetti's Brooklyn-based studio, PTR Design, focuses on providing disruptive hypothesis, concept design and manufacturing support for entrepreneurs that are trying to launch products. At Pratt Institute, Ragonetti teaches a course that requires all of the deliverables necessary to launch a real Kickstarter campaign.

Peter Ragonetti: The course was created to help design students understand a lot more about the business of raising capital and bringing projects to market and to inspire their inner entrepreneur. A 16 week class is the perfect amount of time go through product development, market research and validation, sourcing manufacturing and building a campaign to hopefully raise between 3k-10k to bring the project to market. The goal is pretty much to make 100 of something. We have speakers that include successful crowdfunded projects founders, VC's and Angel Investors, Marketing People and Logistics experts. The final deliverables are a Prototype, Pitch Deck, Campaign Video and Campaign Page.

Of the 4 projects that were funded in the class, the B. Sprout 2000 Cutting Board for round fruits and vegetables is one I love and use a lot.

As a young designer I attended many product development meetings where I did not understand everything being discussed because in school we were never fully taught about COQ's, MOQ's and logistics of the product cycle. Over the last 15 years, I have become a expert in the full product development cycle. I started using crowdfunding for my own projects and client projects years ago, and it seemed like a no brainer to bring it to students. 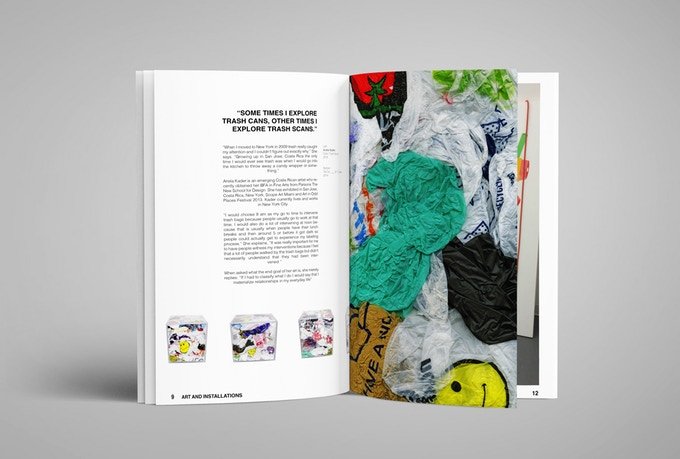 Adhesivo Magazine is a publication dedicated to Latin Artists and Designers, which is also nice since it's not just a product.