Someone is moving house, and this moving truck is parked at a skewed angle to the curb. 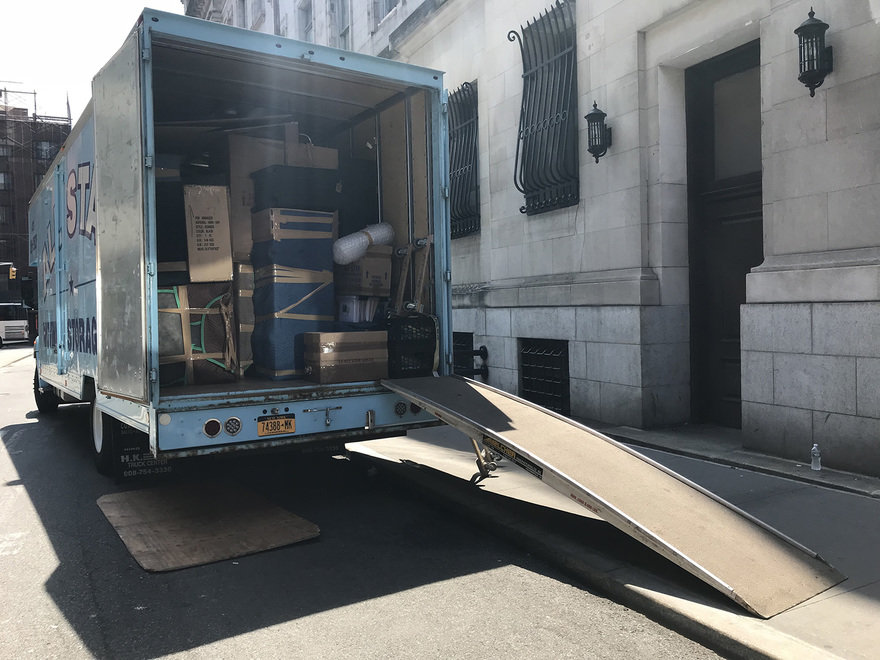 The movers I observed were rolling a series of boxes and items up this ramp with a dolly. It's obviously made easier if they don't need to deal with the curb. 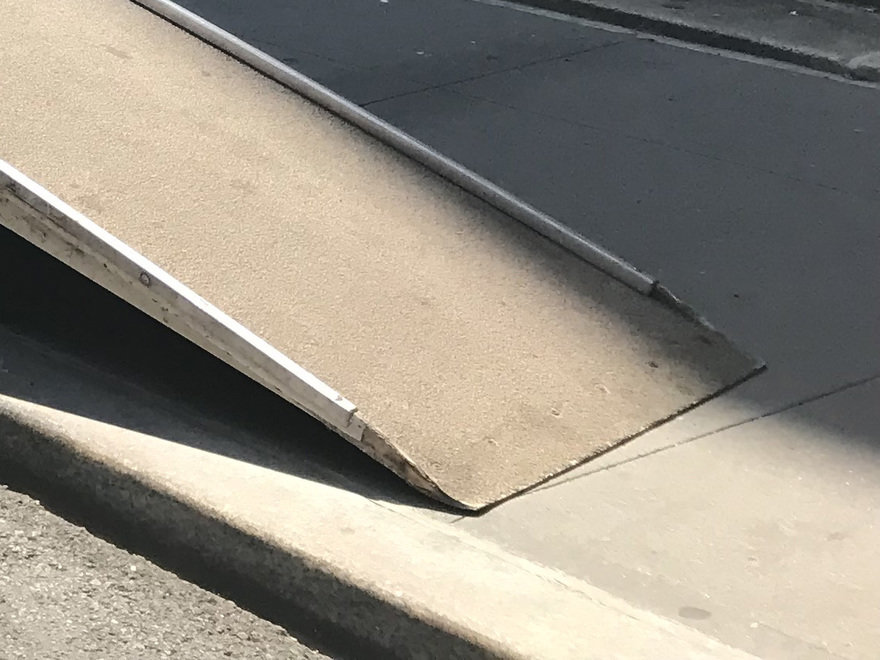 But by parking at such an angle to the curb, it means they blocked more of the roadway. This wasn't a huge deal, but oncoming cars had to navigate this chokepoint.

The design of this ramp works fine in the 'burbs where they have driveways, but it's ill-suited for the urban environment. Ideally they'd have a different ramp that had the top slanted at an angle, and would be reversible. That way you could flip it over to change from a right-side sidewalk to a left-side sidewalk. 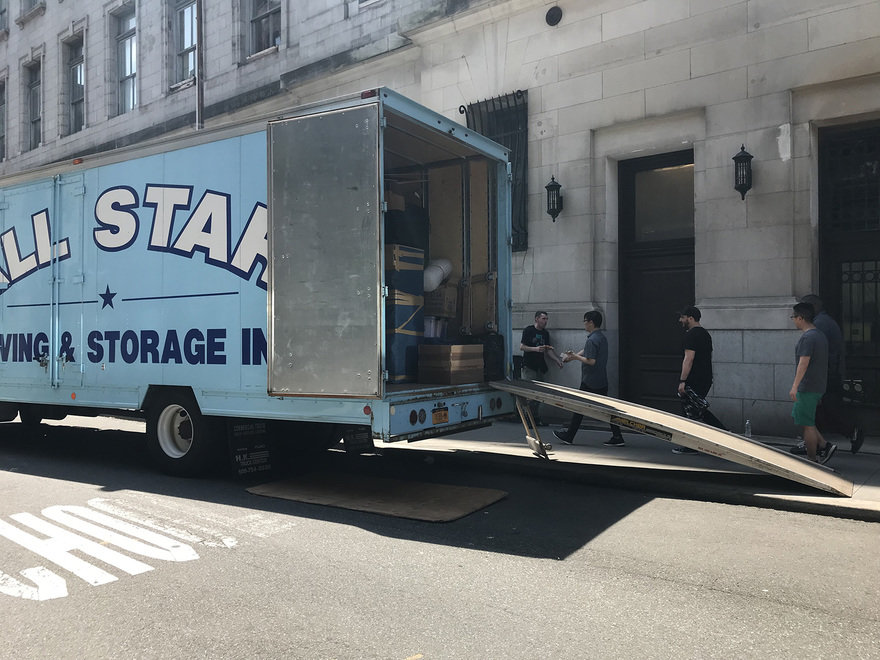 Or do one of you have an idea for how to make one ramp do all three positions? Bear in mind that it's got to be super-strong, so any kind of hinge is going to present a problem.