Technically better for the environment, but I mean…c'mon.

Every morning I get an ice coffee to go at the diner downstairs. The counterwoman pours ice, milk and coffee into a cup, lids it and hands it to me. I have given up on asking her, for the sake of even mixing, to pour the milk in last (milk is heavier than coffee) because she is set in her ways. So I get the coffee and it looks like this, milk at the bottom, coffee up top: 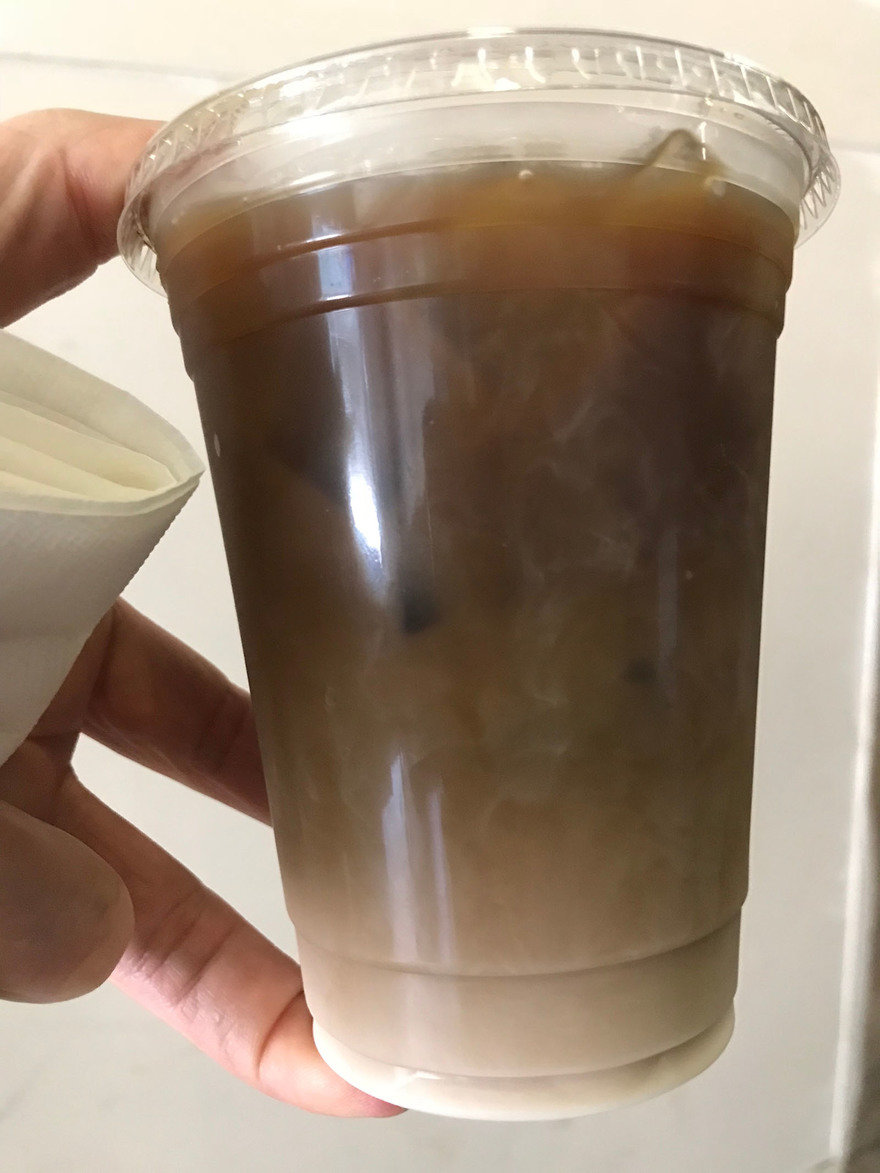 Instead of grabbing a coffee stirrer, I simply grab the cup by the top and rotate my wrist for ten seconds: 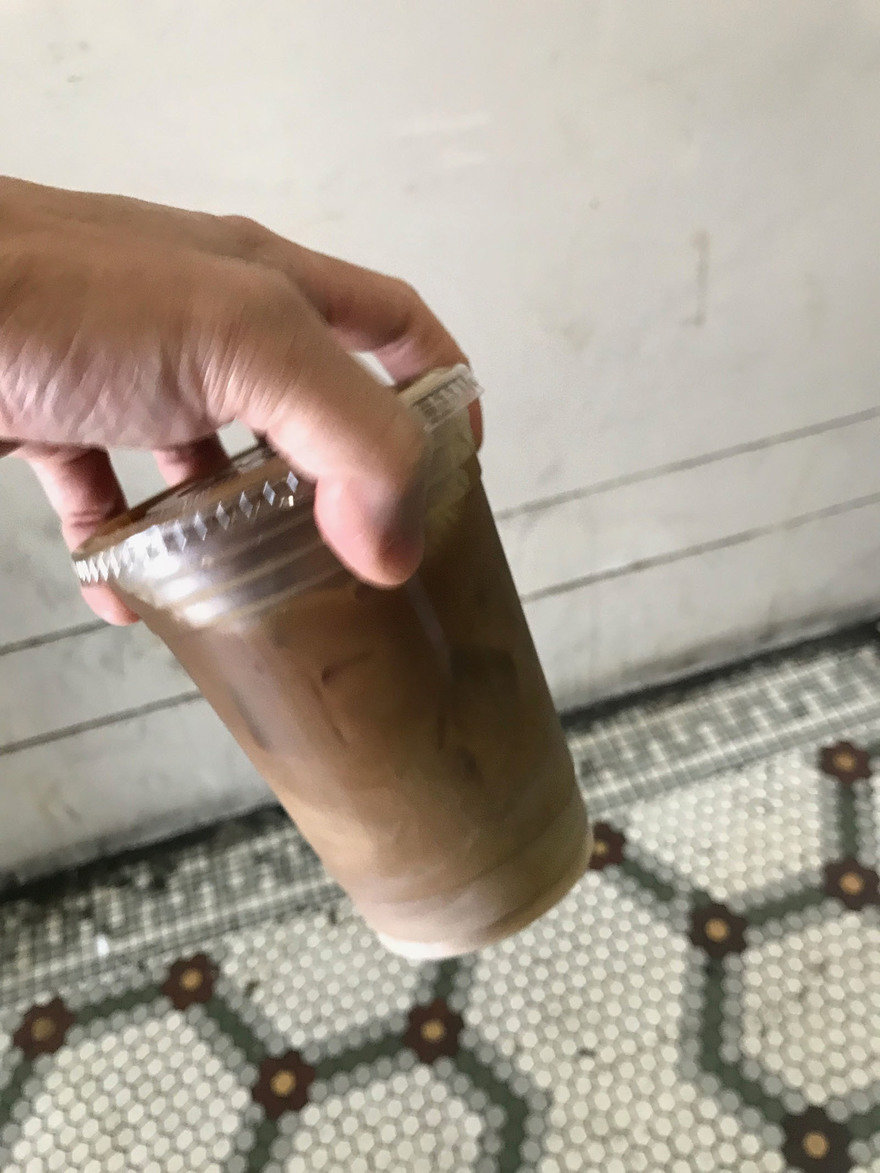 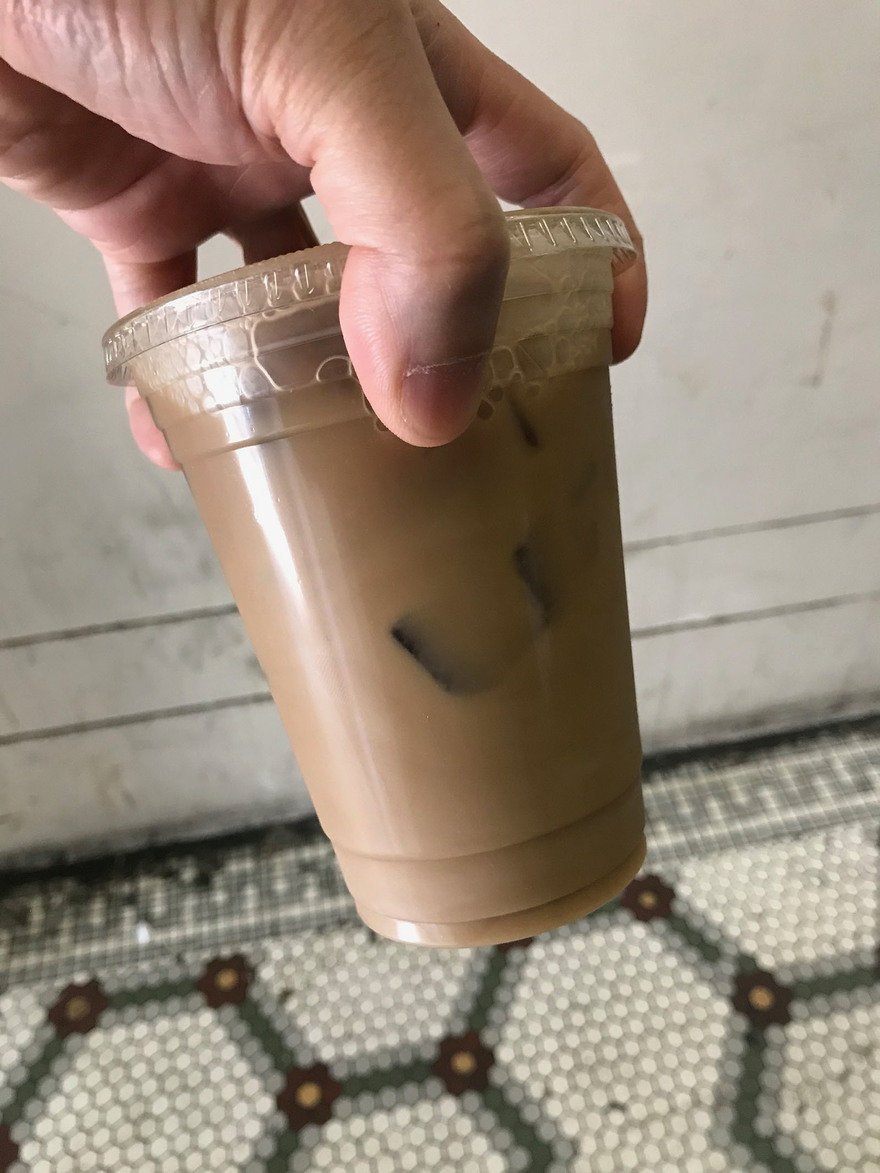 Call me crazy, but that's good enough for me. I don't need a perfect coffee-milk blend so I'm good.

At the Starbucks down the street from me, it's a different story. Every customer there stops at the stirring station, grabs a little wooden stick, stirs up their potion and tosses the mixing stick.

Engineer Scott Amron writes that "400 million stir sticks are thrown in the trash every day. That bothers me. Wooden sticks are bad. Plastic sticks are worse." So he invented something called the Stircle, an automatic coffee stirring device that costs $345:

This is one of those things where I see the need, and Amron's math is compelling…

A Stircle should stir 50,000 cups on about $0.10 of electricity or $0.000002 per stir. So, it costs 99% less to run than stir sticks. It can significantly reduce waste associated with stir stick production, distribution, transport, packaging, labeling, usage and disposal. It can also replace the spoon used by employees behind the counter, ensuring a consistent taste with zero cross-contamination.

…but I still think this is dumb. Not that Amron invented it, but that we as a society need to drink perfectly blended fluids and are willing to rip through forests or build more electronic gizmos to achieve that.

Admittedly, my proposed counter-solution would fail: I'd have us all use our actual wrists to wiggle-shake the drinks, and would be met with a resounding Ain't Nobody Got Time For That.

What say you to the Stircle, and what is your proposed solution?