Fun for Designers: Three Quick "Can You Draw This Without Lifting Your Pencil" Tests

I came across this "Can you draw this?" test, which asked if you could trace the following without lifting your pen off of the paper: 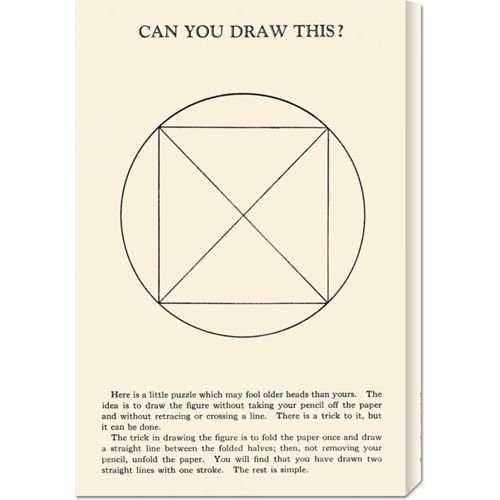 I don't like that one because it involves folding the paper, which I think is b.s. This second one was a little more satisfying to figure out: 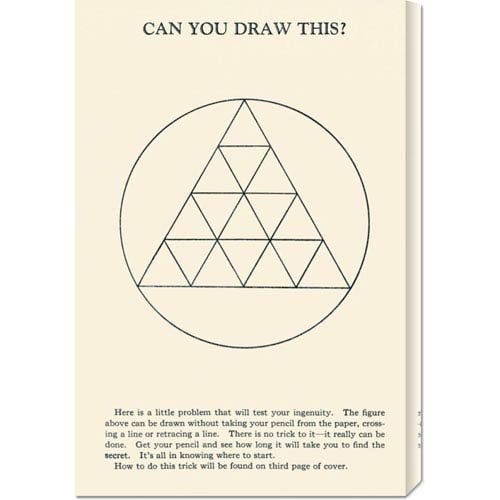 But then I got to this one: 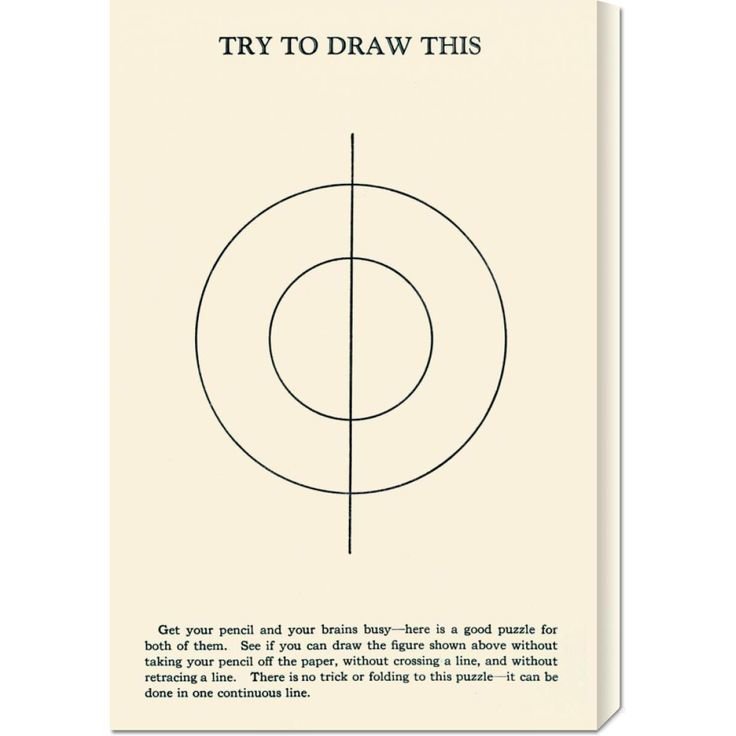 For some reason, looking at it I simply could not figure it out. After running it through my head I kept getting stuck.

In frustration, I grabbed a pen to try solving it on actual paper--then nailed it on the first try. So for me it was a good example of how some problems are easier to solve by just diving in and doing them, rather than trying to solve them in your head first. (Some problems, not all. If your problem has to do with plumbing, do yourself a favor and call a freaking plumber.)

These are from Harry Houdini's "Book of Magic: Fascinating Puzzles, Tricks and Mysterious Stunts," which has been scanned and can be viewed for free here.

Those who want a physical copy and have 25 bucks to spare can order it here.

Fun for Designers: Three Quick "Can You Draw This Without Lifting Your Pencil" Tests