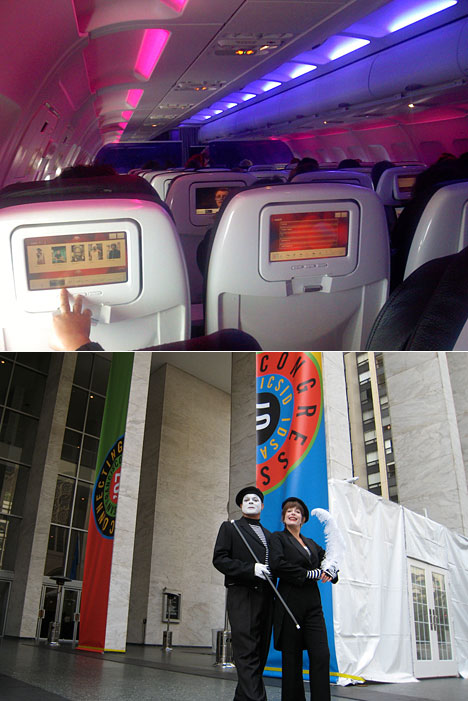 Okay, so we finally got to town, via the new Virgin America. Would have to say that the aesthetic on the plane interior can only be described as Whorehouse Modern--though in all honesty, we kinda loved it. ('Guess that shows our true colors.) After a good sleep, it was a stiff walk up the hill to the Masonic Temple to await the start of the mainstage sessions.

Now, we don't want to be too critical here, but THERE WERE LITERALLY MIMES OUTSIDE THE TEMPLE, greeting people--albeit silently--to the conference. I don't know what to say here exactly, though Jon Kolko remarked, "well, that kinda blogs itself, doesn't it?" and we'd have to agree. There is every chance that it's, again, uphill from here folks, so stay tuned for some extra hot design sessions coming up. (That Virgin America experience did kinda get us all hot and bothered.)