Also, here's a list of things you should and shouldn't store in it

This is my final week of living in NYC, and it's been nonstop packing. Yesterday I cleaned out my 'fridge, and wondered: What the hell does the crisper drawer actually do? The name would suggest it keeps things crisp, but how does a transparent plastic drawer do that? 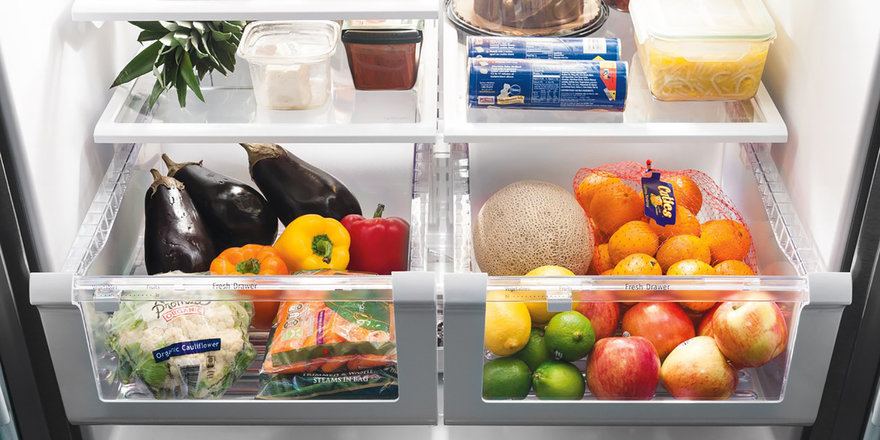 I poked around and found foodie website The Takeout, which consulted industry experts to provide the answer:

Carolina Biotti, Whirlpool's global food preservation scientist, tells The Takeout that thin-skinned and leafy produce like spinach, strawberries, and lettuce, are best stored in high humidity environments…. So the main goal of the fruit and veggie crisper drawers is to keep certain produce humid and happy.

But refrigerators don't actually create humidity; they harness it.

"Food already has moisture trapped inside it and releases that into the air. In a crisper drawer, you're putting the food in an enclosed space where the humidity can't escape," says Chris Thornton, senior manager of product training at Samsung.

The entry also points out that tomatoes and onions oughtn't go in the crisper, as they last longer in dry air. Which means I have been storing tomatoes incorrectly for years. (Yesterday I threw out four of them.)

Some fruits and vegetables release a gas called ethylene as they ripen, and many fruits are sensitive to ethylene and ripen further in its presence (bananas are a perfect example of this). As fruits release more and more ethylene in a small space like a crisper drawer, the fruits nearby will begin to rot. And the fruit releasing the ethylene may rot itself.

What they recommend storing in the crisper:

What they recommend not leaving in the crisper: