If you've ever seen the Statue of Liberty in New York versus the replica in Las Vegas, there is one glaring difference that any artist, designer or fabricator is bound to notice: 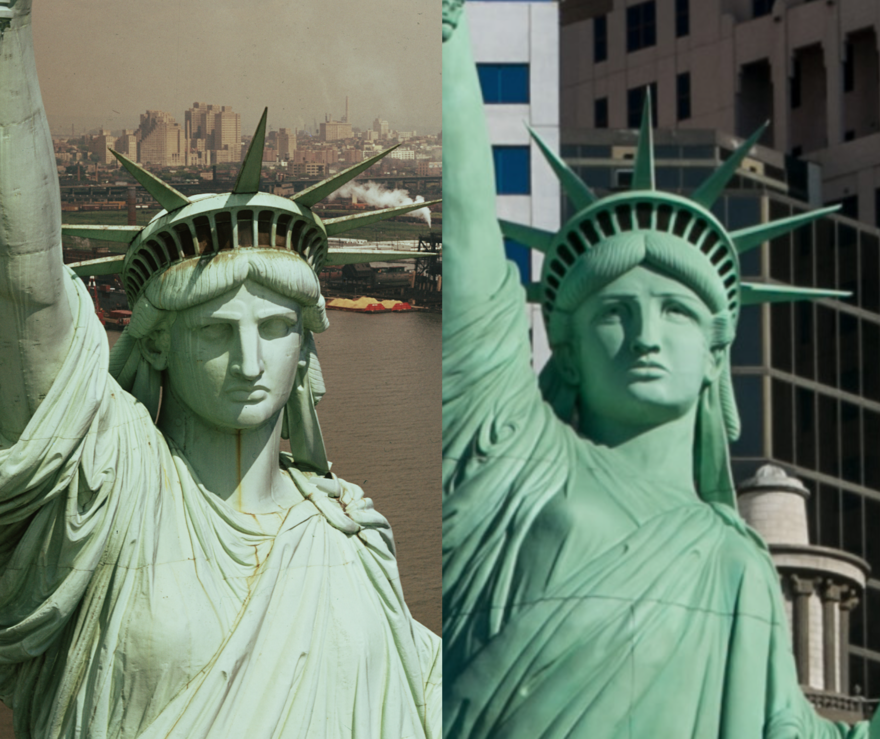 The replica, at right, has a conspicuous and continuous seam running across the breast. Lady Liberty's torso below that seam is bisected by a vertical seam.

A more subtle difference can be seen at the base of the centermost protrusion in Lady Liberty's corona radiata (original at left, replica at right): 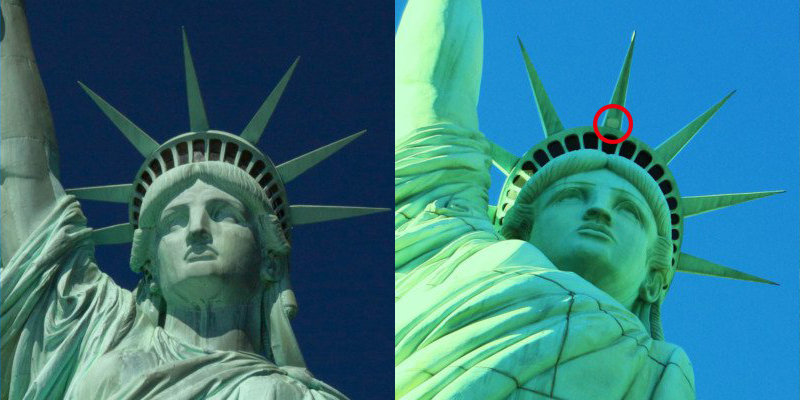 That little rectangle shows up on the U.S. Postal Service's 2010 stamp featuring the Statue of Liberty. Which means, whoops, whoever selected that image for the stamp actually chose an image of the replica. 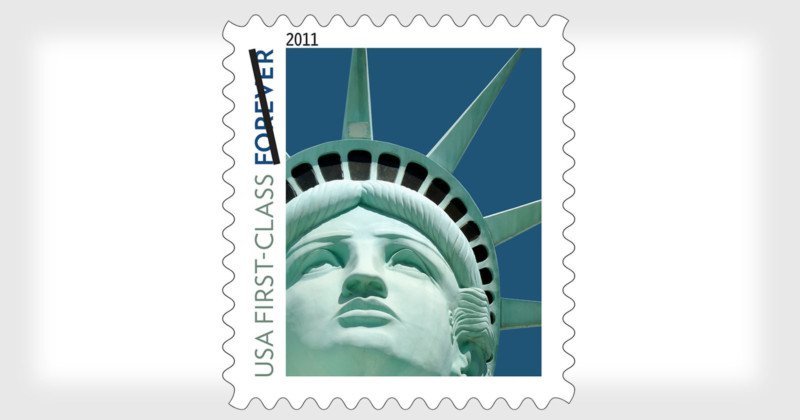 The Post Office had used Getty Images to find a suitable photo of the Statue of Liberty, and they settled on the photo by photographer Raimund Linke, not seeing that the keywords on the page clearly stated that the photo shows the replica in Vegas. 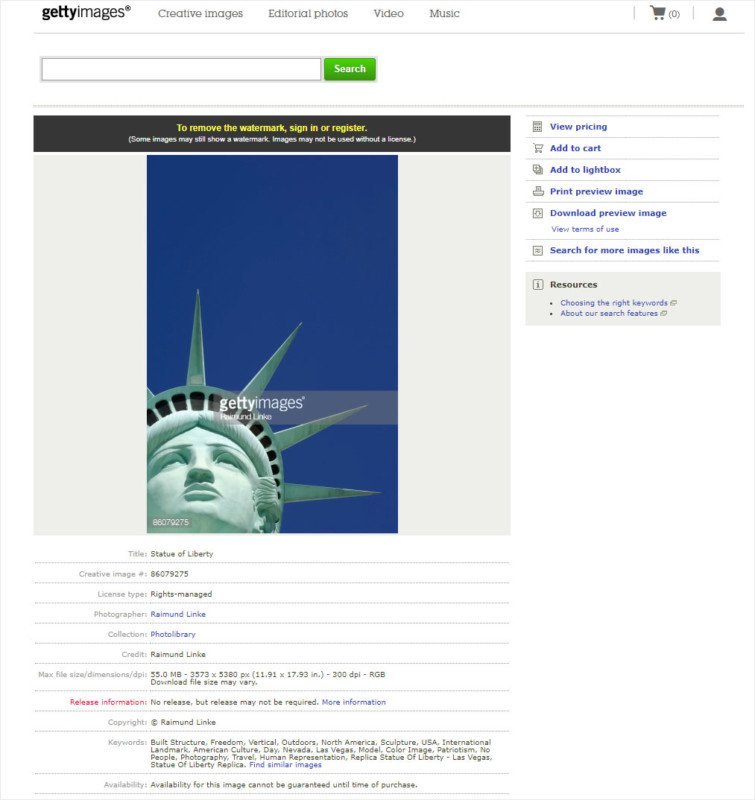 No one noticed until 2011. Eventually word reached Robert Davidson, the Las-Vegas-based sculptor who created the replica. This being America, by 2013 he had lawyered up and sued the USPS for copyright infringement. Then, according to AP News:

Postal Service attorneys argued Davidson's design was too similar for him to claim copyright.

Federal Judge Eric Bruggink sided with Davidson last week and agreed his work was an original design with a more modern, feminine and contemporary face. He ordered the Postal Service to pay $3.5 million to the artist — a slice of the $70 million the service made in profit from the stamp.