We design and make our own tools, and are also happy to carry excellent tools made by others in the same category. Here I'll compare some of the rasps we carry, like our monster 12" Gramercy Cabinetmaker's Rasps, with rasps we carry by Auriou.

First of all I am really excited that after closing in 2007, Michel Auriou and a group of investors bought the assets of the original Auriou and set up a new company. After a year of just selling direct they now have the capacity to start wholesaling. The range of rasps is smaller than it was but the quality is as excellent as before and sets the standard for a classic French rasp. With a few exceptions we are stocking the entire line. Production is limited so we expect shortages but that's a lot better than having nothing at all!

Back to the comparison. First the similarities: Both rasps are hand punched with teeth by highly skilled operators using roughly the same tools. Both rasps cut smooth, and pretty fast. Both rasps work great for smoothing out something like a cabriole leg for example. Both rasps have nice handles.

That's about it for similarities. The differences: The Aurious rasps are made of high carbon steel, and the teeth are case hardened. This gives you a very sharp, hard tooth, with a soft core that resists snapping. Gramercy rasps are made of surgical grade stainless steel. This gives a less sharp tooth that is however stronger. The practical result of this is that the Auriou rasps will cut cleaner, especially in stringy softwood, but the Gramercy rasps shine on tougher woods, knots, and dense woods. You have less chance of breaking teeth with the Gramercy rasps.

The Auriou rasps are also handed with the teeth showing a specific slant for either left handed or right handed people. The Gramercy's are not handed, although the teeth do have a right handed bias. 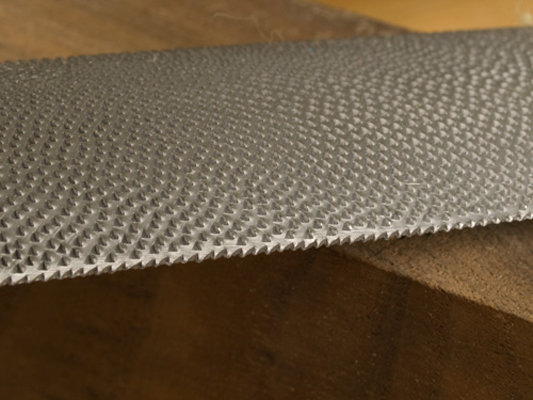 The pictures show both rasps at about the same magnifications. The Gramercy is on top and the Auriou is below. The last picture shows both rasps side by side with the Gramercy in the foreground. 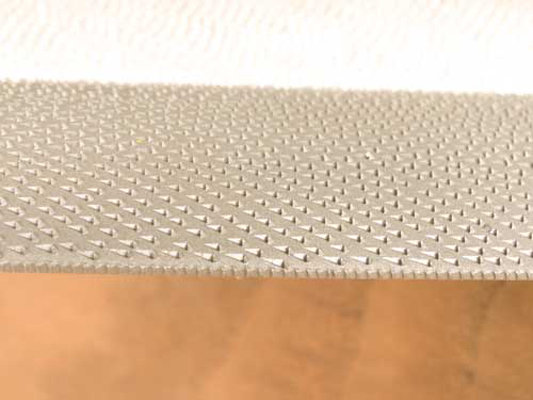 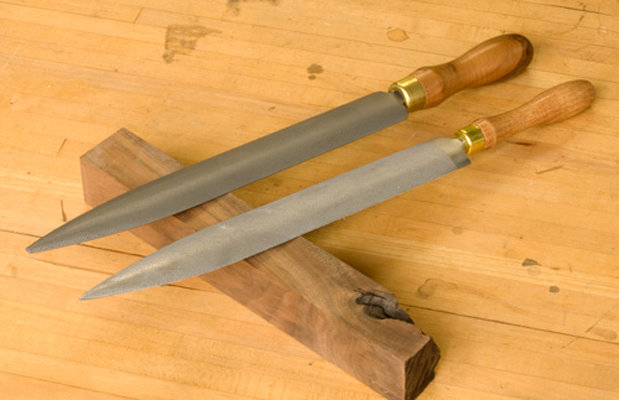 Both brands of rasp are in short supply simply because there is a limit to how many rasps a single person can make in a day.