In this last week on the farm, I have been bitten by mosquitoes more times than in the past few years of living in the city. Even when I am able to spot and slap a 'skeeter flat, it's sort of like killing a gangbanger in self-defense--the relief of victory is quickly replaced by the dread of knowing the rest of the posse will come looking for you.

Would it not be amazing if you could instantly kill an infinite amount of mosquitoes with pinpoint accuracy? Why yes, it would, and that's why Intellectual Ventures Laboratory, a sort of tech skunkworks outside of Seattle, invented this system of assassinating mosquitoes via laser beam:

The Photonic Fence, as IVL calls it, was originally designed to combat malaria. (IVL's skipper is Nathan Myhrvold, Microsoft's ex-CTO; his buddy Bill's Gates Foundation put out an open call to combat malaria.) You'll notice that the video above is dated 2010, so, eight years later, where the heck is this wonder device? 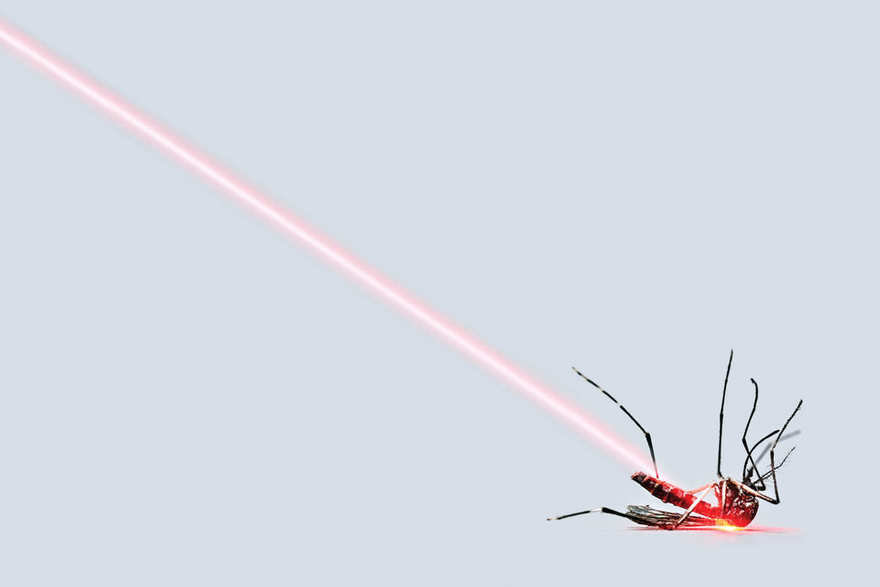 The full tale of why the Photonic Fence has yet to reach market is here. (The tl;dr version is: It's expensive, there are bugs--haha, hoho--to be worked out, and Myhrvold has a lot of other things on his plate.)