This is the latest installment of our Core77 Questionnaire. Previously, we talked to Ron Faris of the Nike SNKRS app. 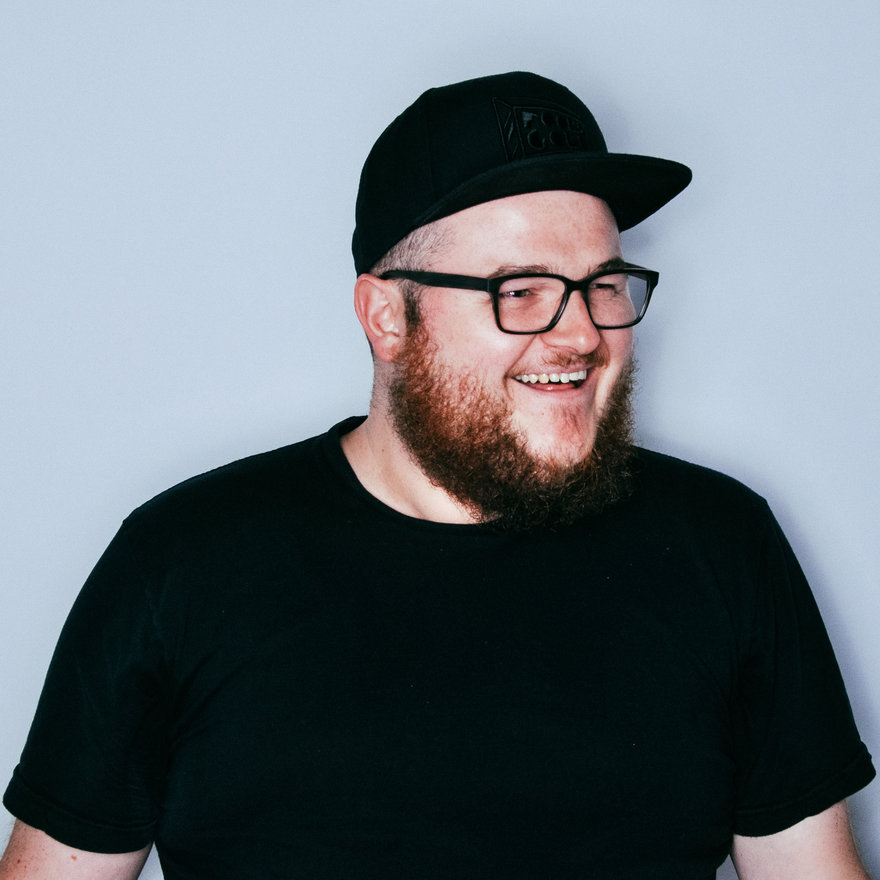 Occupation: My current role is Head of Media & Entertainment Products at ustwo, but I'm wearing many hats right now. Predominately, I'm a design lead and product strategist, which means I work closely with our clients in the media and entertainment space to bring new products and digital experiences to market.

Recently, I've been more involved in business development, developing relationships with new and existing clients and identifying strategic growth opportunities for ustwo. I'm also involved in setting the strategic direction for that work globally, basically defining ustwo's proposition, products and services and making sure ustwo (and our clients) are ahead of the curve.

Location: I've been in the U.S. for almost 4 years, but I'm originally from the U.K. I spent the first 3 years in New York, based out of ustwo's office in the Financial District. Last May, I relocated to LA to be closer to our clients.

I came to design, as a career, kind of by accident. After leaving high school, I started my own street wear label/company. I worked with graffiti artists and illustrators from my local town, designing and manufacturing t-shirts and hoodies. Over time, our roster of creatives included people from all over the world and the brand grew into a small community.

Later on, I met a guy who owned two or three contemporary art galleries North of England. He asked me to curate a show for one of his locations, so we brought a bunch of artists in from Europe and around the U.K. and put on a month long exhibition of their work. We almost sold out, and after that, I came on full time as gallery manager—I spent 2 years organizing shows and developing print releases with artists.

When the recession hit, art sales started to decline and we decided to close the gallery. Beyond art, the only other skill I had was a basic understanding of Photoshop, so I ended up taking a few freelance gigs designing logos and websites for local businesses. It was around that time I became interested in web development, so I started reading books and taking online classes on HTML and PHP. Things developed from there, and I started work at my first start-up in 2008 as a UI Designer and Front-End Engineer.

What was your first job in media and entertainment design?

My first experience working in media and entertainment was at a small design and development agency in London. The majority of their clients are in the video content space and include a handful of the major U.K. broadcasters. The agency specializes in developing consumer facing, video-on-demand platforms and content management systems, so I got a fairly in-depth look at the industry—including its challenges. Some of these broadcasters are 60-70 years old and their audience numbers are in the millions. I'd always had a bit of an obsession with TV growing up, so getting to work on products of that scale with brands I actually loved was awesome. Working at that agency was definitely a career highlight.

What projects are you most proud of from your time at ustwo so far?

One of my first projects at ustwo was with Comcast on a new video-streaming product called Watchable. They had an existing library of short-form content and asked us to help create a product that would serve to audiences in a unique way. The challenge was to get casual, short-form consumers to watch more. 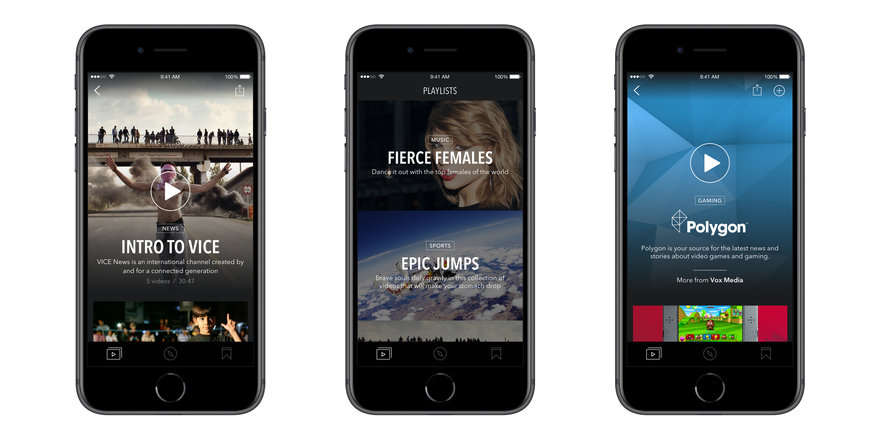 We designed the service around an editorial model, basically playlists of video content that were grouped by a theme or an event. The playlists would contain video from popular producers like Screen Junkies or Red Bull and were mixed with lesser-known creators as a way of introducing users to new content based on stuff they like. Rather than follow the YouTube or Facebook trend, we went in a completely different direction with the UI and UX. We wanted to design something that would stand out in a crowded market but would still deliver a good experience.

What are some current projects you're working on at ustwo that you're most excited about?

Augmented Reality and Virtual Reality have been a big focus for ustwo over the past two years, and a lot of our clients in the media and entertainment space are really keen to explore the potential there. As a designer, I'm always excited about new technologies and how they can be applied to solve problems. To go from designing 2D experiences to 3D experiences and overcoming all the challenges that exist with hardware and software is keeping me on my toes. 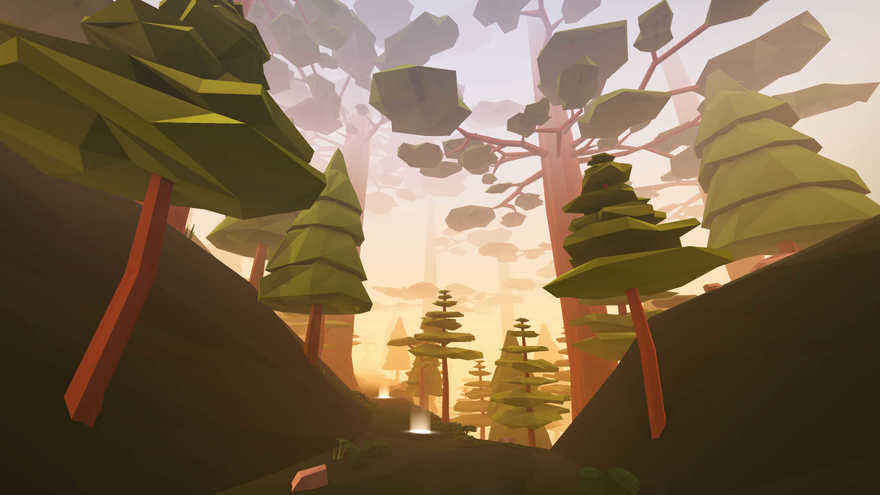 The best part is definitely the variety. When I freelanced, I spent as much time taking care of the "business" as I did designing. No two days were the same. Since then, I've always looked for jobs that could give me that same freedom, hence why I was drawn to ustwo.

What is the most important quality of someone who works in your field?

I really like people who have had significant experience outside of the 'industry.' Some of the best designers I've worked with have had entirely different careers or studied something unrelated and decided to pivot to design and product. For me, those people always have the most interesting perspectives and their approach to problem solving is different than those who may have come from design school or had more formal training.

For some reason, to-do lists never really worked for me until recently. Last year, a friend introduced me to Things—a productive app on iOS and Mac that's actually been around for a while. It's fairly simple and doesn't have any bells or whistles, but when you find a process that works for you, it's a game changer! I use it for my daily tasks, as well as a CRM to remind me to reach out to people or follow up on something. 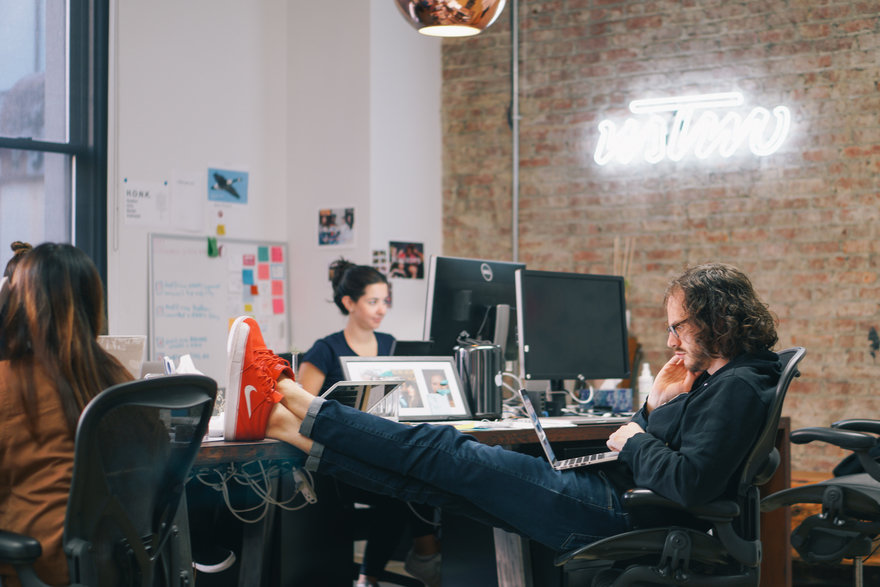 I also love early mornings. I wake up around 5:30am most mornings, even on weekends, and use that time to get my focus work (like writing and reading) done, or go for a walk. If you work from home, a morning walk is like an energy power-up for the day. I've seen a significant increase in my focus since I started doing it more regularly.

I'm more of a "procrastiworker" than a procrastinator—I really enjoy my work and honestly find it hard to switch off. I'm always trying to learn something new and can't remember a time in the last 14 years when I didn't have some kind of ongoing side project. So outside of my 9-to-5, that keeps me fairly busy.

I watch a lot of YouTube and Twitch. Most of the time I'll have it on in the background, but if I get distracted I go into a hole. I love finding those videos from the deepest, darkest corners of YouTube. I discovered IRL streaming about four to five months ago, and it's been my latest obsession. There's a big community of people who stream their everyday lives—going for breakfast, buying groceries and hanging out with friends. It seems really boring but it's honestly some of the most compelling content on Twitch. 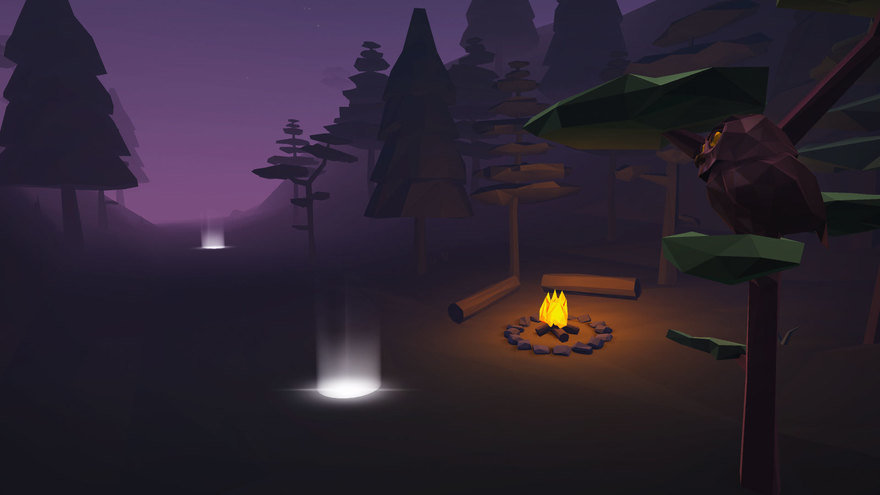 What is the most widespread misunderstanding about your job?

It's a cliché, but the most widespread misunderstanding about designers in general is that their only job is to make things that look nice. That attitude is definitely changing, and over the past ten years, design has really earned a seat at the table. For some designers, however, it can be hard to break out of that box. I speak to a lot of designers coming to the end of their junior years, and they don't see a clear career path for themselves.

Do yo have any advice for young designers?

Talent is just one part of the puzzle. You need to work hard and diversify your skill set. I've seen a lot of designers in my career who obviously had natural talent but weren't willing to put the hours in. It's a really competitive market right now, and there are a lot of amazing designers looking for employment. A work-life balance is important, but so is self-discipline. A solid work ethic and those things will show in your work and give you a competitive advantage.

Also, always look for ways to diversify your skill set. The material taught in schools and colleges are already four or five years out of date by the time most young designers graduate. For example, no one could have predicted the impact that augmented reality, virtual reality, machine learning and artificial intelligence would have on the industry. You need to constantly look ahead to see what's coming over the horizon—keep yourself and your skills relevant for the market.