Even the most knowledgeable car enthusiasts still have a kind of romanticized view of the job of a car designer and what it entails. This is the first of a short series of articles in which I'll try to bust some myths and separate facts from misconceptions, all based on my own experiences in the field.

Yours truly in an old company video

Despite the fact that the car design profession and its importance for the success of a car company has never been more into the limelight, the process of actually designing a car and who does what is still very much unclear in the minds of even the more knowledgeable enthusiasts... Why?

Well, I'd say it's nobody's fault, actually: car manufacturers logically send out their top design managers to talk with the press, given that promoting the company's image and products is also part of their job. This means that what they are allowed to say has to be functional to the promotion of the latest "first ever" model and in tune with the overall company's latest "disruptive" strategy... There's really nothing to gain from exposing the inner workings of the machine as they are—it is simply in nobody's interest.

Since I am not a car company and I have no new model to launch, I can finally shed some light onto how car design actually works, at least according to my own personal experience. In this installment, I'll look into who designs what. I think that the current narrative is misleading to design students, as I've witnessed first-hand in my experiences as a design university lecturer.

I'll start from the top of the rank and go down to the bottom, please bear in mind that this is a generic picture. There are differences between how each OEM is organized, but the big picture is mostly the same. Let's get cracking:

Does not draw anything nor is he required to, and would not have time for it anyway. Can have many titles (Design VP, Chief Design Officer etc.) but it's the same thing: it's one single person (usually a man, as this is still very much a male-dominated industry) that's responsible for the activities of the design studio and has the final say (or should have...) over the look of each vehicle the company produces.

That's not a small responsibility: a good "Design VP" is a key figure in the success of a car company, while a bad one can make lasting damage... That's why Design VPs get high salaries and other desirable perks like travel the world first class for auto shows and being the one who becomes the "face" of the company's design, taking the credit for pretty much everything, whether he actually likes that role or not.

The Design VP is an important person, but he has to be very smart and resourceful in the way he uses this power within the company to maximize results: there's no great car design without an open and productive relationship between design and engineering, let alone without a relatively high degree of confidence and autonomy granted to the Design VP by the top management.

Get it right and design staff will be motivated, the best people will want to work for the company, cool cars will result and sales success is likely to follow. Get it wrong, and you get a Fiat Stilo. 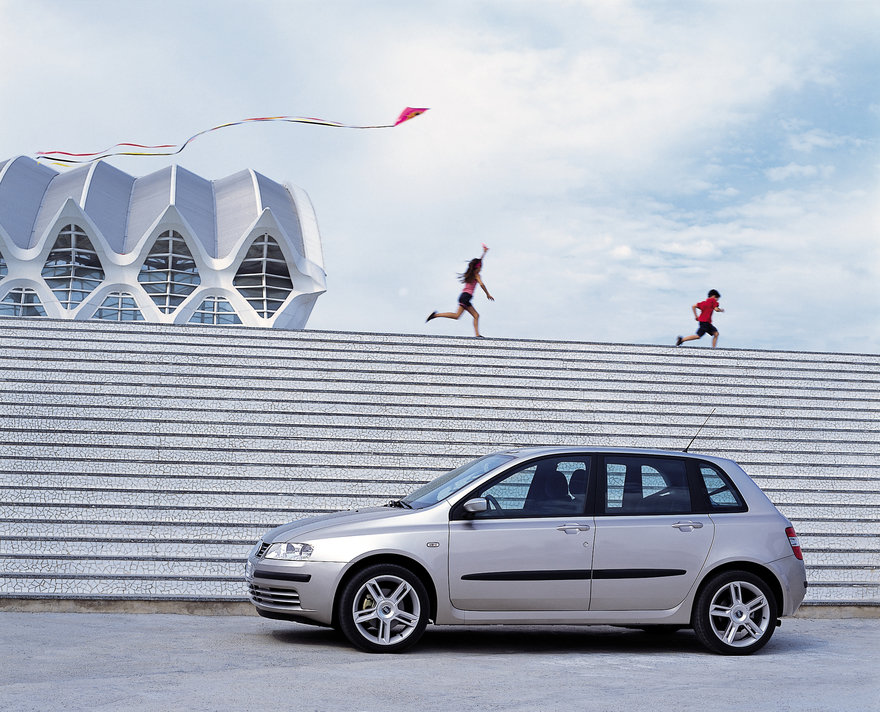 Usually exterior and interior design are separated as two different departments which of course communicate with each other (at least they should...) but have separate staff and their own directors:

Does not draw, nor is he required to. Wants to take the place of his boss. Badly. There is a good reason the Exterior boss doesn't draw: if he did, he would somehow stifle creativity, given that his sketch will become the pattern everyone follows. The Exterior Design Director may get some media attention, depending on which policy the company he works for has.

Does not draw nor he is expected to, for the same reasons stated above. He too wants to take his boss's place, but that's less likely: Design Directors and upper management usually don't give a damn about interiors, regardless of what they say publicly. This of course is not universal, but I've witnessed it in more than one place!

Below, in both exterior and interior designers, lay the "Senior" designers, and those do draw quite a lot, but depends very much on where the project they have been assigned to is: as these people are the experienced ones, some may get responsibility for the whole project and be no longer able to physically draw every detail of their own proposals. As the project inches towards production, it'll be more overseeing modeling phases, deal with engineering and other departments... And of course oversee what the "Juniors" are doing!

Those who sketch most of all: they have the less experience, but are fresh and creative (at least they should) and if all their bosses do their job properly, they'll stay focused and motivated, producing cool material that will usually be discarded or watered down to homeopathic concentrations later in the development process, leaving space for More Of The Same®? to take again its rightful place on the market. Sometimes a brilliant idea somehow still makes it to the production line though, and everyone in the process keeps striving for that to happen.

Car Designers fought a hard battle to get their foot in the door, and are among the "true believers" of the company, those who really want cool cars to happen.

Juniors become Seniors over an unspecified amount of years and work experience, in which they have ideally been through most of the phases of a production design project. Coherence between Exterior and Interior design language is always pursued but rarely achieved, because it all goes out of the window when at a presentation the upper management asks to join together the features they like of the different interior "bucks" presented... Into a new one (happens all the time even with exterior designs...).

Lately the bigger companies have built "Components" department, in which group of designers develop the individual detail components of the Exterior of the Interior: headlights, alloys, handles... Or steering wheels and climate control buttons.An even more recent development is the formation of so-called "HMI" departments, in which specialized professionals develop all that happens on the touchscreen all new cars have. That's a new field in car design, and one whose importance is still somewhat underestimated by design managers, despite declarations of the contrary.

No production model is the result of the work of one person alone. If someone claims or is given credit to have designed a car, be skeptical until you are presented with evidence, in the form of relevant signed drawings from the project in question. Success has many fathers, and everyone still wants to be remembered like "the designer of ...", as the great masters of the past are.