Did You Know? The Bell on Early Cash Registers, Not Marketing, is Why Prices Like $1.99 Rather Than $2.00 Exist

Here's a fascinating tidbit you can share with your ID buddies at the bar.

In 1871 a fellow named James Ritty opened a saloon in Dayton, Ohio. On offer were "Pure Whiskies, Fine Wines, and Cigars." Business was good, but Ritty discovered that his employees had a tendency to steal. The money customers used to pay for their drinks often wound up being pocketed. And it was impossible to watch all of the employees all of the time, so Ritty lived with it.

Seven years later, in 1878, Ritty took a trip to Europe. On the steamship ride across the Atlantic, he observed that the ship was outfitted with a mechanism that counted each rotation of the propeller. Light bulbs hadn't been invented yet, but if they had, one would have popped up over Ritty's head.

When Ritty returned to the 'States he asked his brother, a mechanic, to help him invent a counting machine like he'd seen on the ship. This would be used to track transactions at his bar, so that he'd know when the employees were stealing. After two failed prototypes, they succeeded with the third, which they named "Ritty's Incorruptible Cashier." This machine logged transactions with button presses, and while there was no drawer, at the end of the day Ritty could reconcile what the machine had counted with what his employees forked over. It was patented in 1879. 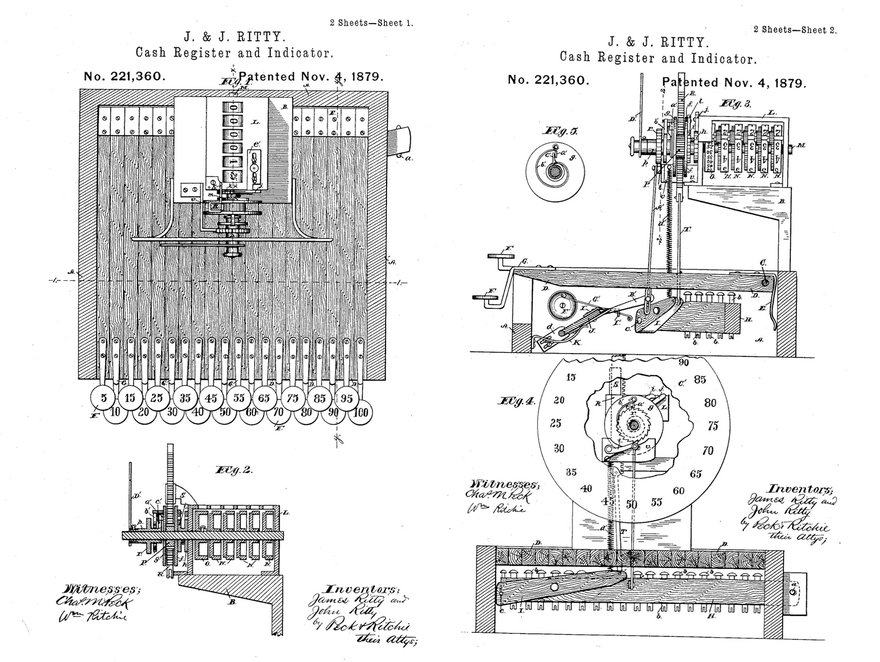 Ritty set up a factory to produce the machines for sale, but soon found that running two businesses was a pain in the ass. His passion was running bars, not manufacturing. So he sold the business to a group of investors. They formed the National Manufacturing Company, which was rebranded the National Cash Register Company (later NCR) in 1884. 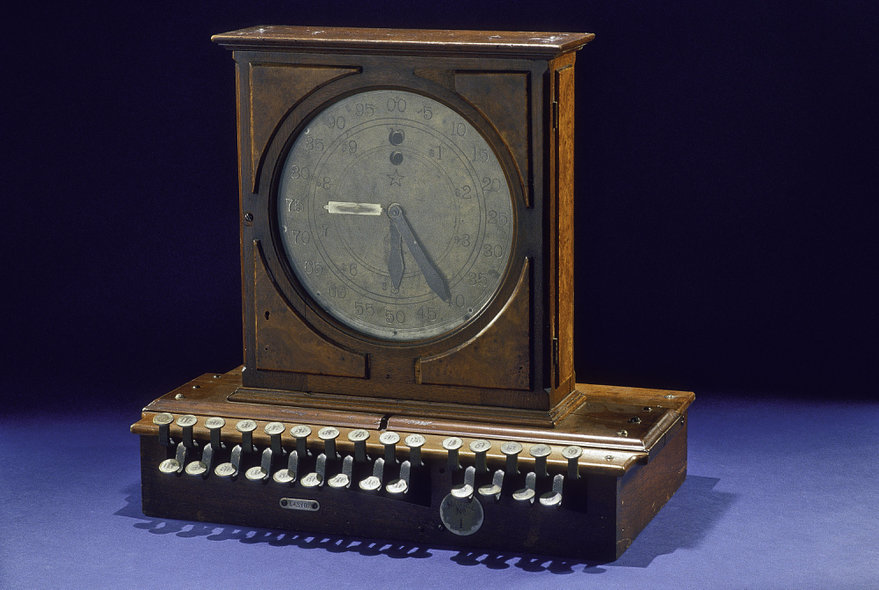 These new owners added both a cash drawer, and an auditory design feature to the machine: Each time the drawer was opened, a bell rang. This was to alert business owners to each sale, so that employees could not surreptitiously steal--if a customer was purchasing something and you didn't hear the bell, that meant the employee was putting the money in his pocket.

According to historian and author Bill Bryson, this design feature had a very interesting side effect:

"…Every dip into the till was announced with a noisy bell, thus making it harder for cashiers to engage in illicit delvings among the takings. [And] early owners discovered that if they charged odd amounts like 49 cents or 99 cents the cashier would very probably have to open the drawer to extract a penny change, obviating the possibility of the dreaded unrecorded transaction.

"Only later did it dawn on merchants that $1.99 had the odd subliminal quality of seeming markedly cheaper than $2."

--from "Made in America: An Informal History of the English Language in the United States"