"Millennials are smart, and designers have gotten smarter. Now, most designers understand and value design business, so my role has shifted." 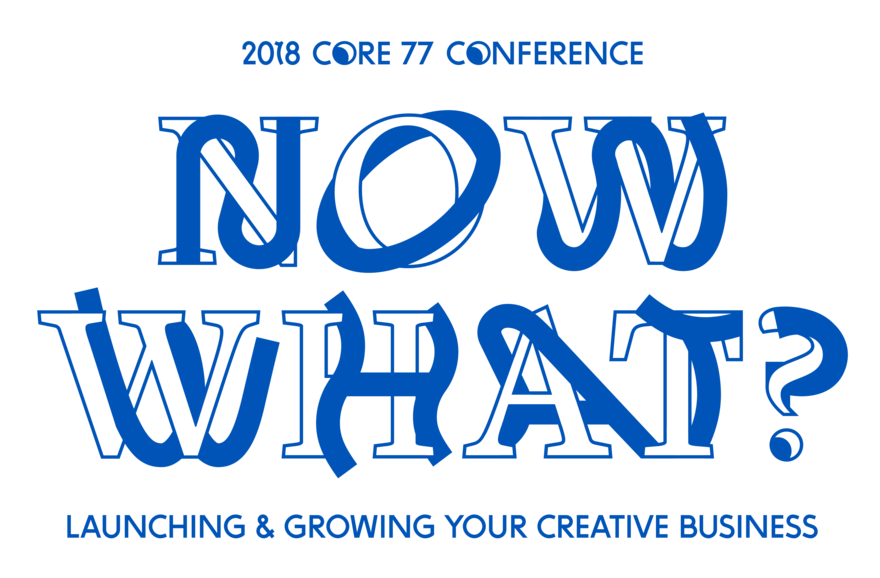 This interview is part of a series featuring the presenters participating in this year's Core77 Conference, "Now What? Launching & Growing Your Creative Business" , a one-day event aimed to equip attendees with tangible skills and toolkits to help produce and promote their products or services.

Within the first few minutes of talking with self-proclaimed 'brutally honest' design consultant Emily Cohen, it becomes clear she means business. Emily's knack for giving productive, actionable feedback, paired with her natural writing abilities, previous design experience and writing skills has made her an invaluable resource for creative businesses looking to figure out their next steps. Through the launch of her new book, aptly titled Brutally Honest: No Bullshit Strategies To Evolve Your Creative Business, Emily aims to make getting a look inside her brain more accessible to design entrepreneurs everywhere.

Emily will be bringing some of the knowledge from Brutally Honest to the 2018 Core77 Conference, where she'll be leading a workshop called "Best Practices Any Design Firm Should Know". Ahead of her workshop, we sat down with Emily to learn more about her career path, from designer to consultant, and to better understand how her clients' needs have shifted over the years: 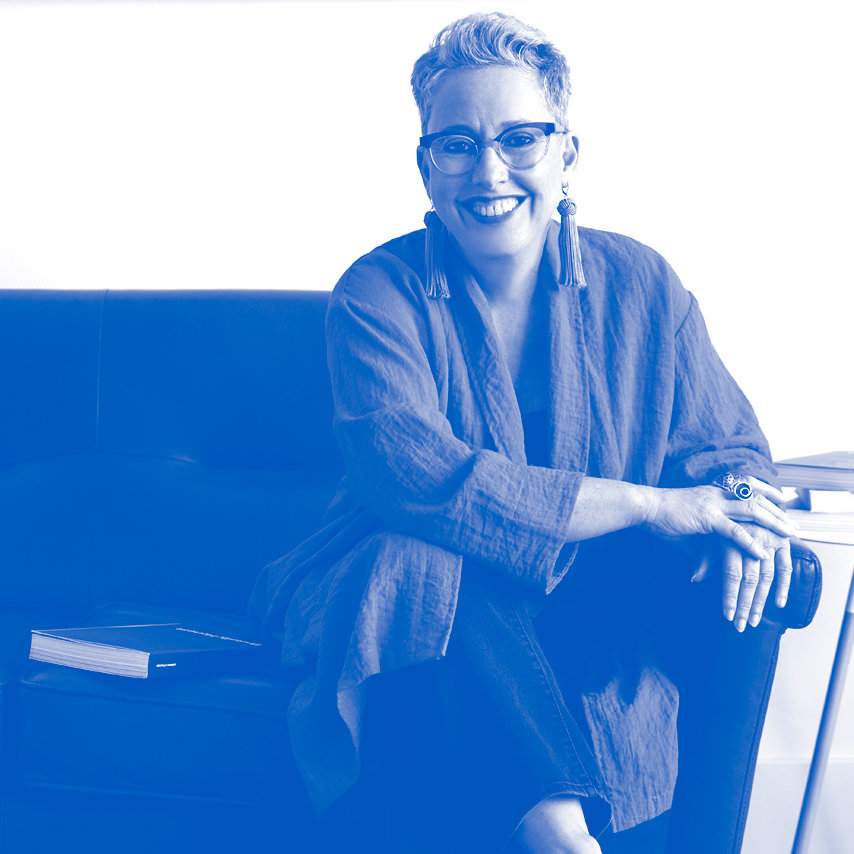 You started out working as a designer. Was there any particular moment that made you decide you wanted to become a design business consultant instead?

When I was working as a designer at a pretty well-known design firm right out of college, I realized pretty quickly that there were these amazing people who were much more talented than me. I thought to myself, "Wait, that's a problem. I don't think I have the passion that other people have." I realized I just didn't have it in me to be a designer, so I had a crisis. It was a really big moment in my life. I went to design school and I loved design, but this wasn't going to be the career path I wanted.

So, I asked everybody I knew—my clients, the people that I was working with, my friends and teachers, everybody. "What should I do? What do you think I'm good at?" Everybody consistently said that I'm good at kicking people's asses. "You're good at organizing, managing, writing, and you're a good people person. You should do something like that." 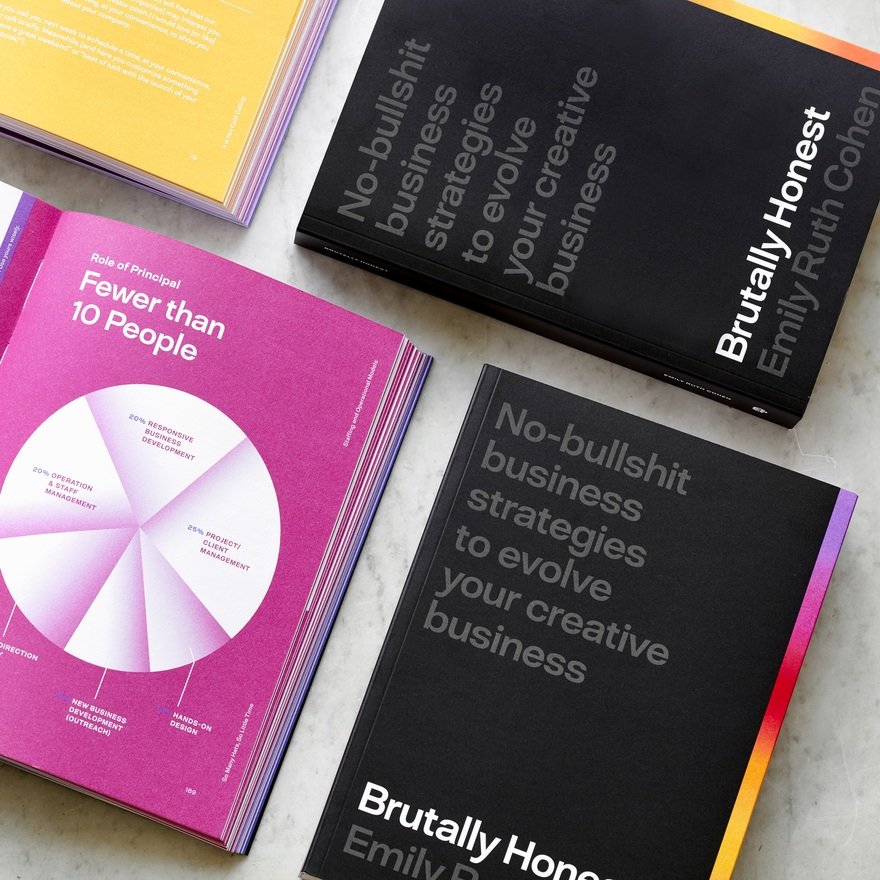 I didn't know what that meant at the time, but soon after, I realized there was the possibility to apply those skills to design and be something like a Studio Manager at a design studio. I'm older than most people (I'm in my fifties), and when I started my career, there really wasn't anybody doing the business of design within a design studio. There wasn't a studio manager or project manager at the time. There was just the account manager in the agencies. In design firms, it was pretty much designers and artists just doing what they could. There were very few, if any, people with the title Project Manager. So, I sort of invented that idea. I contacted about seven studios that I admired within a week. Pretty much all of them offered me a job.

It wasn't because I was amazing and cool, though I like to think I am. It was more because nobody was doing that at the time, and I had the skills as a designer. I took the highest paid salary, because I'm very ambitious, and managed a studio. When I joined, there was about five people, and when I left after seven years there were about 40 people. I basically created the job for them. They initially thought I was going to be a receptionist, but then I created the job, and I became Executive Vice President within two weeks. The reason why I got that title was pretty funny. It's because the clients weren't respecting me. There was a lot of sexism back then—a tremendous amount, more than now. So, I just changed my title. I told my boss, "I'm just going to call myself this. You don't have to give me a raise." Sometimes you can't change people's perceptions until you give them that comfort level.

Did entrepreneurship come naturally to you?

My father was a bookseller in Manhattan. He owned two bookstores on Wall Street. So I came from entrepreneurial parents, and I learned everything about being an entrepreneur from my dad.

My consulting business actually happened very naturally. Pretty quickly, within a few weeks of working as the Executive Vice President at the design firm, the word spread among the AIGA folks that there's this woman who likes writing proposals. It was mostly through this woman who was the editorial director at Milton Glaser studio. She was really well connected and would recommend me to all these Milton Glaser friends who were big name designers at the time. I ended up having this freelance business, writing proposals and advising about business on the side.

Then my husband's told me, "You know, you're working 60 hour weeks, 40 hours at a full-time job and another 20 hours doing consulting. That's a business—you should do that." I agreed, so I quit my job and started my consulting business. It grew like crazy. I started off with pretty well-known designers as clients, which gave me some more credibility in the industry. So it just sort of blossomed from there. Now, I have about 30 or 40 clients on retainer. I also have a lot of one-time clients that hire me for business retreats, and most of them turn into retainer clients after that. And I also travel and do a lot of speaking.

You went to design school, which notoriously doesn't really teach you that many business or writing skills. So for you, where did all of this knowledge come from?

I've always been a great writer, because I grew up with my father teaching me how to talk to people and handle customer service. I instinctively had those skills and had no fear. I'm a risk taker—I have no problem quickly leaping into something new without any experience. So I had writing, I had organizational skills, and I had people skills. That's really all you need.

Then I just did it, and the more I did it, the more I got better at it. I also learned from all the people I was working with. I was very nosy. When I was a designer—this was before most things were digital—I would dig through the garbage or look at proposals. I'd always try to be in client meetings. I tried to push myself to learn those kinds of things. I learned on the job, essentially. But I had some basic core skills already. I don't think you could be doing what I do without those writing, organizational and people skills.

Since you were on the forefront of design consultants, how did you frame your new business to other people so that it was appealing to them?

It was a pretty easy sell to be honest because I think designers naturally understood the position. All I had to say was, "I understand design, I like to talk to clients, I like pricing, and I like negotiating." Once I told them all those silly things I liked, that they hated, it was a pretty easy sell. Millennials are so smart and so business savvy that they have different needs, but back then, people just wanted to be doing cool design. They didn't have a lot of business skills, so once I said I could do all of these logistical things for them like teach them how to manage projects, clients and problem solving, it was usually a yes. 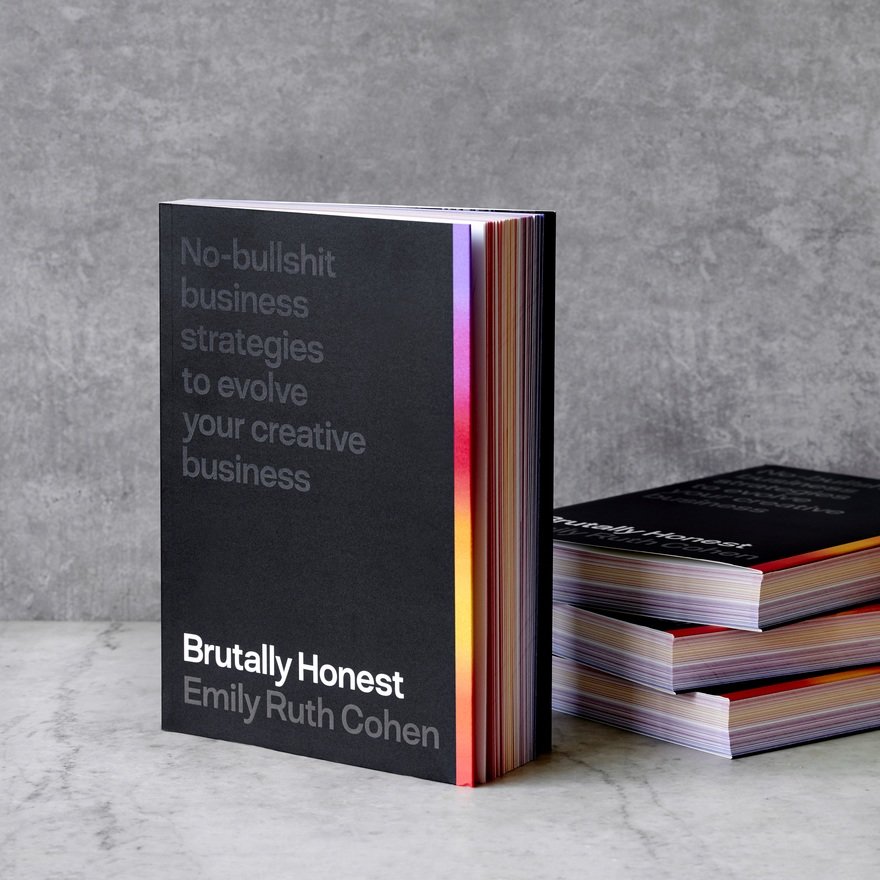 I was also working with some big names, and big names did and still do carry weight. It doesn't mean I'm great, it just means I happen to have Louise Fili as a client. Then just having that understanding of design was very helpful. The fact that I used to be a designer is what makes me very different than any other consultant. I value design. I can talk about their process with them because I've done the work.

What topics do most people come to you for now?

Most of what I do now is big picture planning. I usually do what I call "strategic business planning retreats" where I spend a whole day with my clients. They come to me to help them look at their current state and think about where they want to go and the steps and actions that will take them there. When I first started my business, it was a lot of tactical work—write a proposal, help negotiate pricing. I still do that, but most of what I do now is strategic planning.

What do you think sparked this change in needs from you over the years, and how did you manage to adapt to this shift?

It's very clear to me: Millennials are smart, and designers have gotten smarter. Now, most designers understand and value design business, and they even have project managers. They have skills now that they didn't have back then, or they make sure to have staff capable of taking that stuff on. It was a very clear shift almost seven years ago that happened almost overnight. People started saying, "I can write my own proposals now," or, "I can write contracts, that's easy." 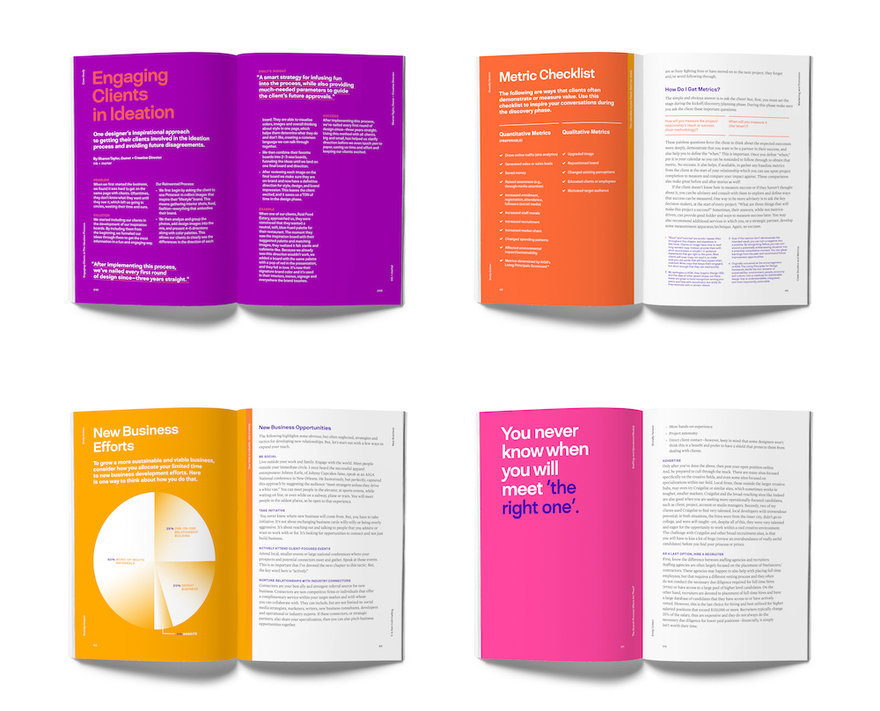 Most of my clients are so much smarter than they used to be. And because of that, they mainly want somebody else, kind of like a virtual partner, to bounce ideas off of, to tell them about best practices based on what other people are doing, and to push them to think about other ways of thinking. Now small to midsize studios have somebody in that project manager-producer role, but they still need advice on how to better manage their team, how to negotiate with clients, how to troubleshoot with clients and all that. So I still do a tremendous amount of that as well.

Can you talk about how this will tie in with the workshop you'll be hosting at the 2018 Core77 Conference next month?

The workshop I'll be leading is called "Best Practices Any Design Firm Should Know". I'm not a big inspirational speaker, nor do I personally like inspirational speakers. That's just not my kind of style. I really like tactical and actionable, so this talk covers topics like: What's the best way to do pricing? What's the best way to manage your clients? It lets you get inside my brain in one hour. It's actually my most popular speaking topic because it's super rapid fire, but you get so much out of it. It doesn't go too deep, but you get so much more in an hour than you do with most other talks.

What you hope people will take away from your workshop?

If you can leave with three crazy new ideas, that will make me happy. That's what this workshop is designed to to—give you three great ideas out of the 50 that you just heard.