You might remember back in 2016 when we all enjoyed a good oggle at the innards of everyday objects in the cutaway videos created by jet-cutter fanatic Mike Warren on his YouTube channel 'Cut in Half'.

For anyone still checking in on Mike's tool and toy torturings over on YouTube, you might have noticed there hasn't been much object mutilation going on over the last year. The reason for this cease-slicing has now become apparent—it turns out Mike has been hard at work compiling a new collection of cutaways into a hardback book—launching this month in bookstores and on Amazon. 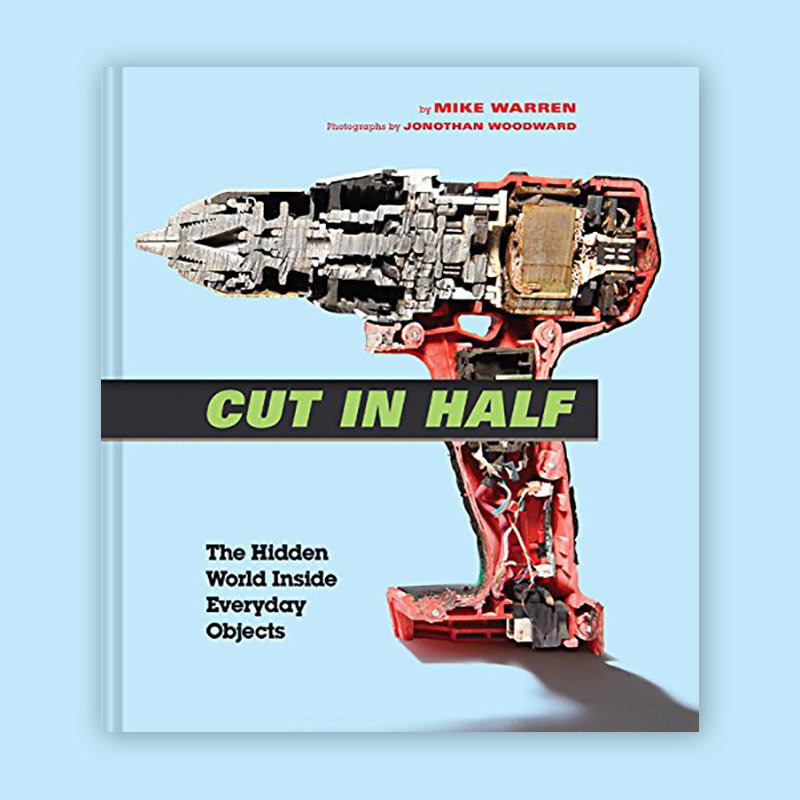 A new video posted on the Cut in Half channel gives a glimpse into the contents of the book as well as the process behind the object dissections:

We've yet to get our hands on a copy, and the glimpses inside the book are understandably sparring. The book's blurb, however, gives a little more of an insight into what cutaway voyeurs might hope to set eyes on in the book:

"What exactly is inside a laptop, a golf ball, a vacuum cleaner, or a novelty singing fish toy? The insides of these and dozens of other objects are revealed in this photographic exploration of the stuff all around us, exposed and explained. With the help of a high-pressure waterjet cutter able to slice through 4 inches of steel plate, designer and fabricator Mike Warren (creator of the popular Cut in Half YouTube channel) cuts into everything from boom boxes to boxing gloves, oil filters to seashells, describing and demystifying the inner workings and materials of each. With a cleverly die-cut case and gorgeously detailed photography, Cut in Half is a fascinating and accessible popular science look at the extraordinary in the everyday." 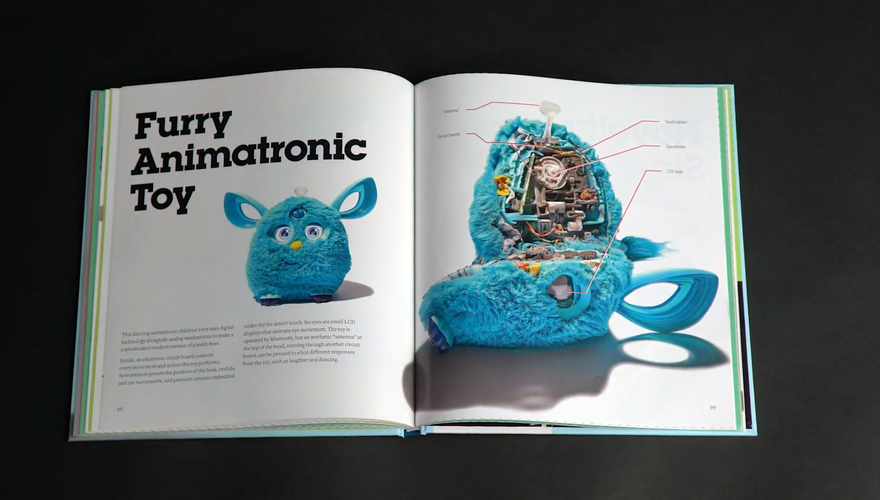 Somebody had to shut that damn thing up 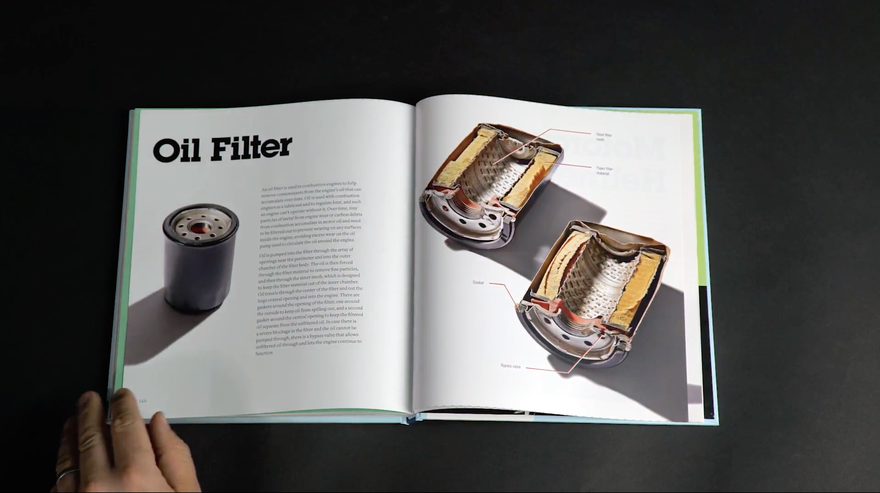 So that's what's inside an oil filter...huh 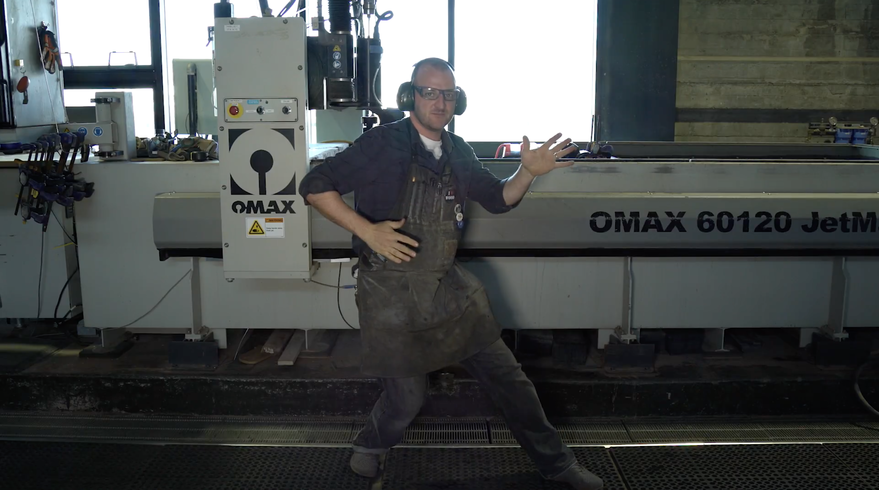 One man and his machine 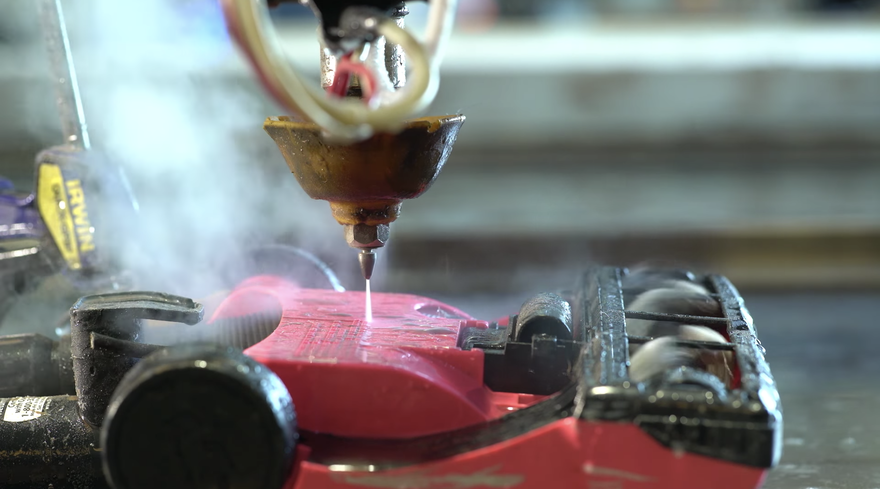