It uses a water bladder and the principle of human perspiration

To us relatively wealthy Westerners, the obvious application for a cooler is camping. But for folks in developing nations who don't have access to refrigeration, having some means to keep food fresh is a crucial need, not a creature comfort.

Enter the Fenik, a clever and biomimetic design for an electricity-free refrigerator. The flatpack device extends into the shape of a cooler. The sidewalls are made from a clever membrane based on the idea of human perspiration, whereby liquid transfers heat from inside to outside and evaporates. Take a look at how it works:

Fenik, originally known as Evaptainers, started out as a student project at the Massachusetts Institute of Technology. The purpose of the project was to develop a low-cost method of preserving fruits and vegetables in remote areas. The research culminated in the invention of the Yuma 60L, which achieves refrigeration through the use of smart materials and the phenomenon of evaporative cooling. 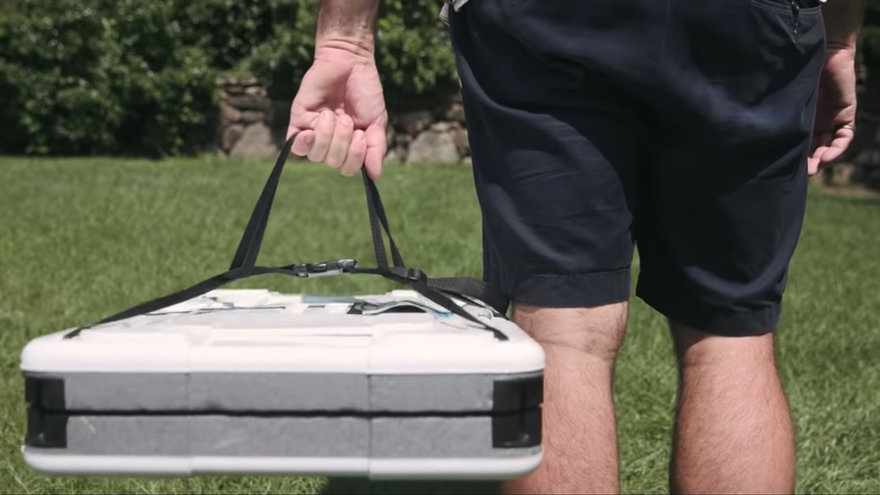 …If you thought we spent the last 4 years developing a low-cost refrigerator for glampers, you're sorely mistaken! Over 1.2 billion people still lack access to electricity, and without electricity, any type of refrigeration. Our core mission is to help these families out of a tough spot by providing products that can improve their lives.

We've already been working in throughout Morocco for the last 3 years, and are collaborating with USAID to conduct a large scale development project next summer.

At press time the Kickstarter campaign for Fenik's Yuma 60-liter cooler was short of the mark, with $53,486 pledged towards a $70,000 goal. If you'd like to help them get across the finish line, there's still 14 days left to pledge. The Early Bird coolers are going for $120 a pop.