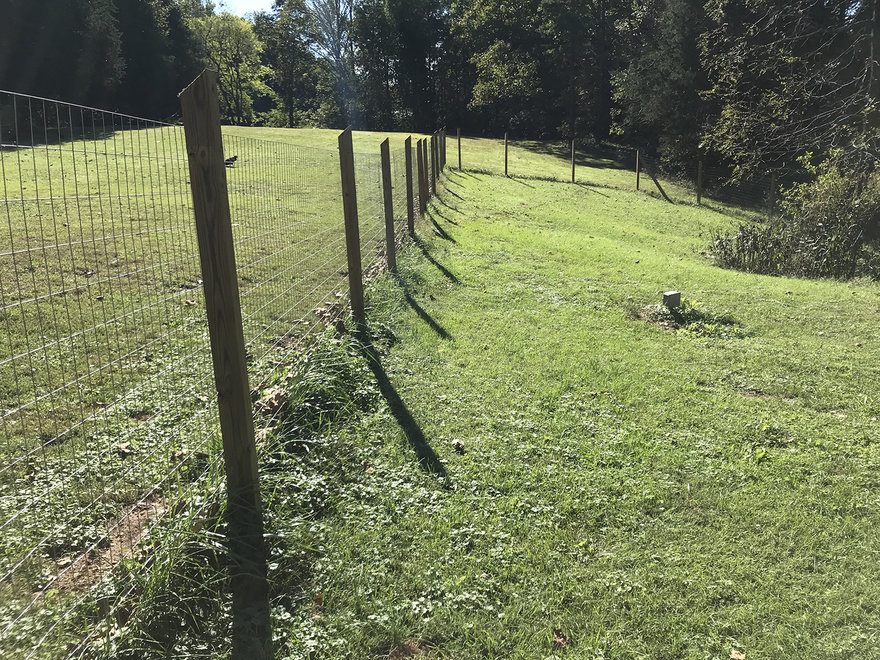 As I learned during the construction of my dog-fenced run, erecting farm infrastructure is a combination of hard work and clever labor-saving tricks. 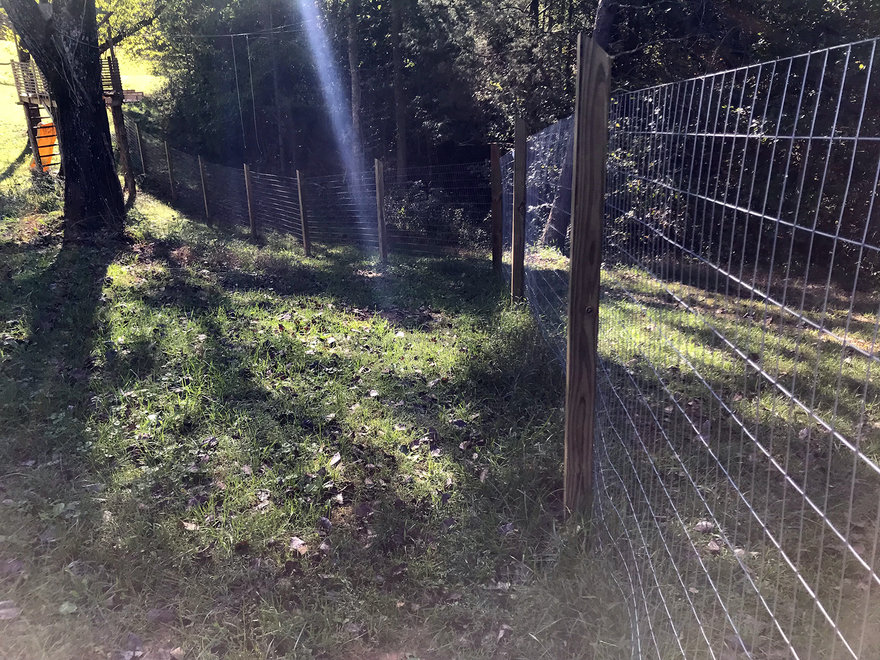 The fence is 300 feet long, with thirty 4x4 posts set ten feet apart, welded wire stretched between. Sherman, the fellow I hired to put the fence up, was raised on a farm and has built things his entire life; and though he's now in his 70s, he dug 20 post holes in a fraction of the time it took me to dig the remaining ten. 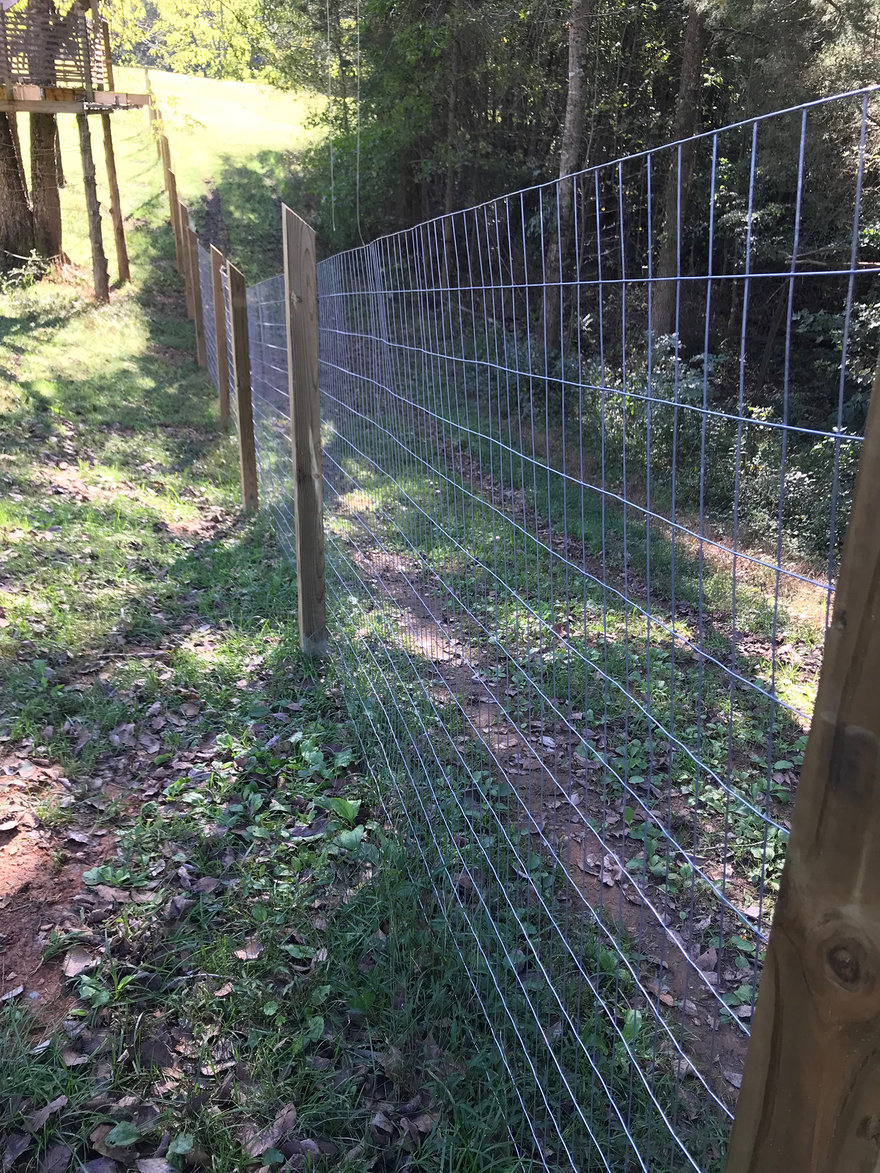 We set all 30 posts into the 24" deep holes, ensuring they were plumb as we filled the remainder of the holes with Quikrete. But getting water to each of the holes was going to be a challenge, as the house the fence is attached to has no hose connection. I could fill buckets at the other house on the property and carry them over to the post holes, but that would be a slog, particularly since the fence is built on hilly ground.

Sherman explained that we wouldn't be carrying buckets of water to each hole, nor buying a hose extension.

"But doesn't the concrete need water to set up?" I asked.

"So how are we going to get the water to the holes?"

Two days later there was a thunderstorm, which handily filled each hole and mixed with the concrete. Afterwards Sherman checked the posts to see if they had shifted any, and tapped a few of them this way and that while the concrete was still wet. Then the posts set up, and now they're rock solid. 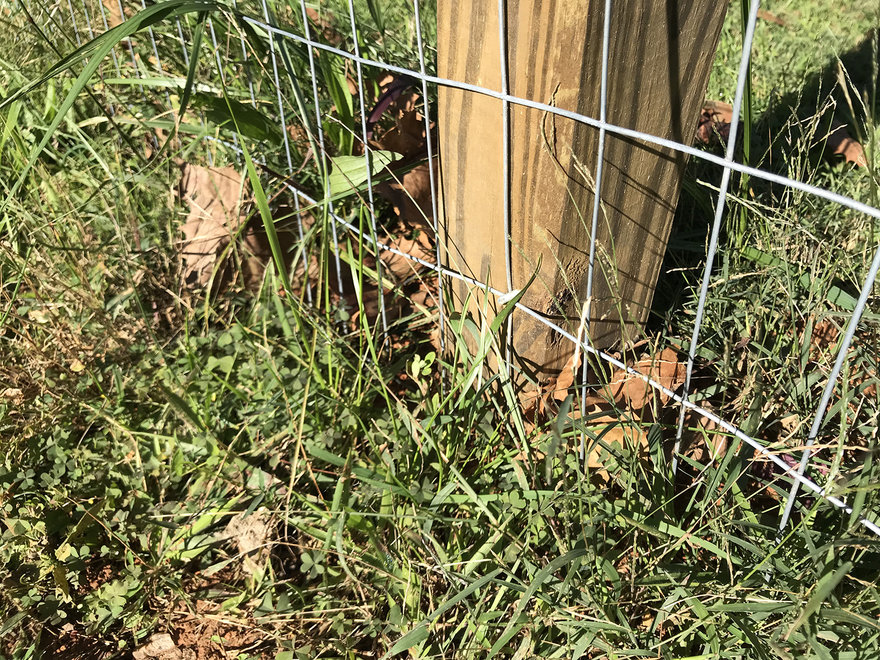 Subsequent rains washed the local soil over the top of the concrete, and the grass has already grown back in around it, making the concrete invisible.