A lot of media outlets are talking about how the Air Force has been buying easily-breakable coffee mugs for $1,200. But no one is talking about a visually obvious error that should be glaring to any Core77 reader.

First off, here's the mug in question. It contains a heating element, hence the prongs at left--it plugs into an outlet on the KC-10 Extender, a jet refueling aircraft that dates back to 1981 yet is still in service. Once plugged in, it keeps the coffee hot. 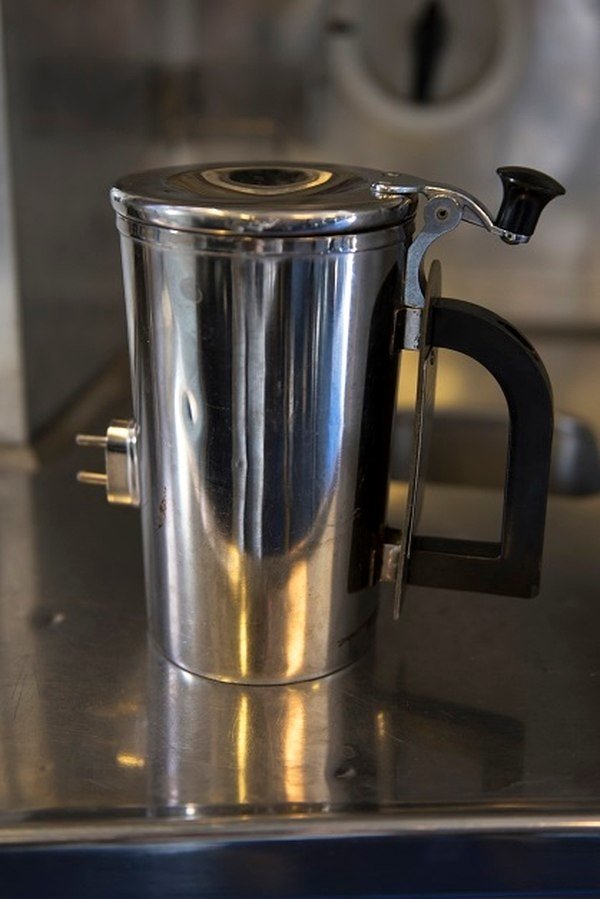 What's led to the news reports is that crew members will occasionally drop the mugs, which is understandable. And when they drop them, that right angle on the bottom of the handle hits the ground and the handle breaks. The manufacturer--who is, frustratingly, unnamed--does not offer replacement handles. The mug is no good without the handle so the Air Force is Air Forced to buy an entirely new mug, price $1,220, each time one breaks. 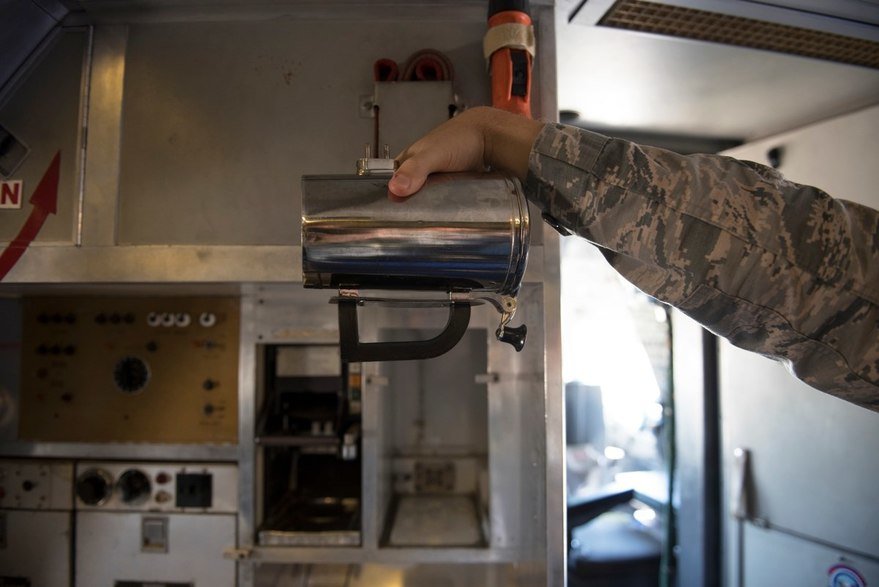 Folks, take a close look at the object and something will become obvious: The handles have been attached upside down. 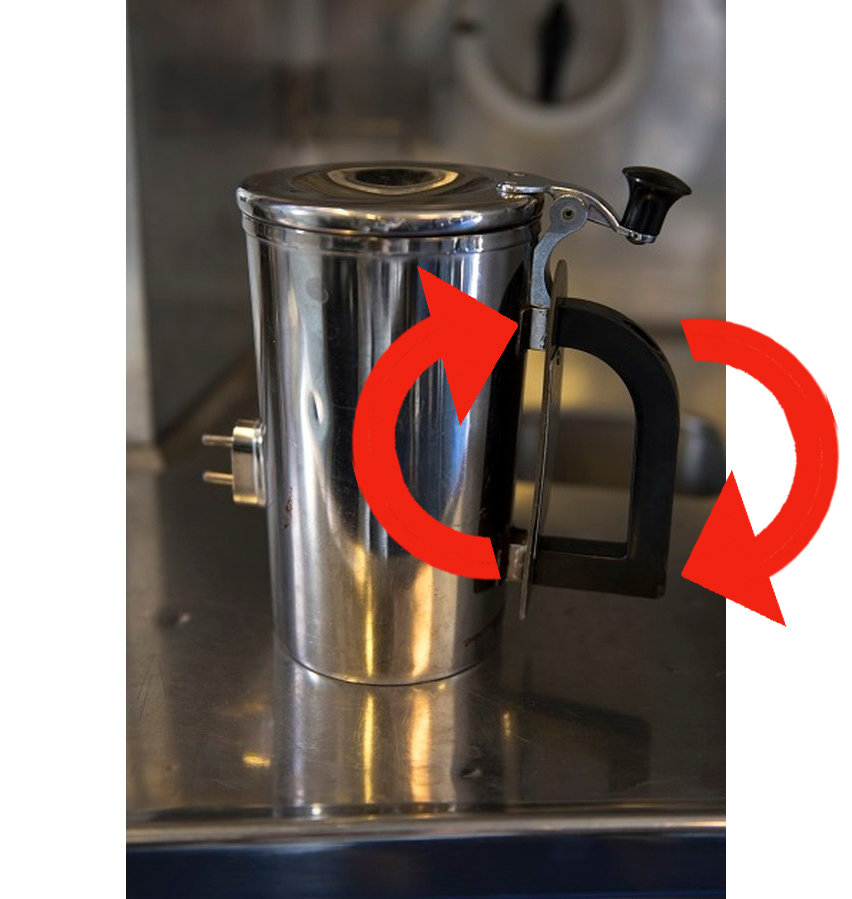 Not only that, it appears these were attached upside down on purpose. Below, I've added some letters to explain. 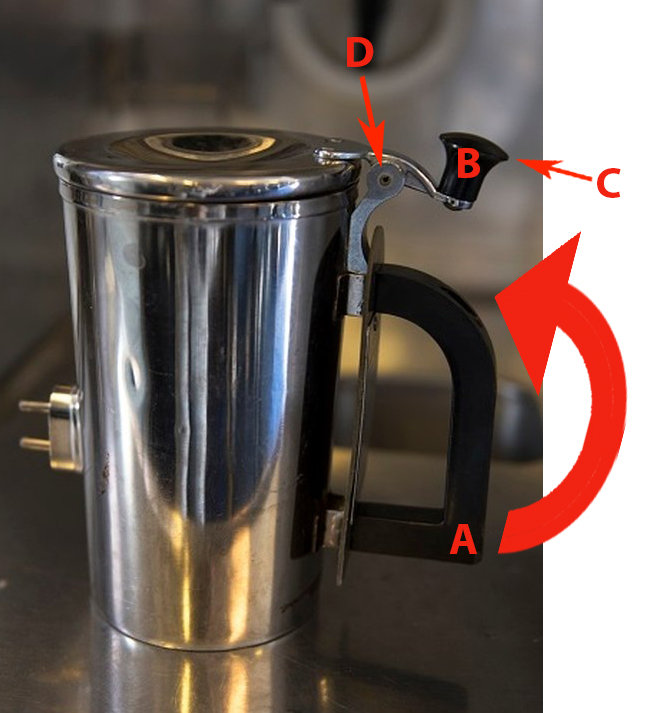 Up top, "B," we see a black knob attached to a hinged lever. Pressing down on that knob presumably releases the seal on the lid, allowing you to open it. By looking at point "C" on the knob, and the location of pivot point "D," it's possible that if the handle was located with the right angle up top, point "C" would contact point "A", preventing it from opening.

If that is true, it would indicate that the manufacturer is working with off-the-shelf parts and could not, or would not, go to the trouble/expense of manufacturing a custom handle. So they simply inverted it.

If working with off-the-shelf parts, you'd think this item would be a lot cheaper than $1,220 a pop. Especially since they cost $693 just two years ago, according to Military.com:

In any case, thankfully the problem has been solved, or at least ameliorated, by a 3D printer. The folks at Travis Air Force Base's Phoenix Spark program, a rapid innovation initiative with access to digital manufacturing equipment, have designed and 3D printed a replacement handle for the mugs.

"Our office was asked to see if we could produce a 3D-designed handle that is stronger than the current one," [said Capt. Ryan McGuire, 60th Air Mobility Wing Phoenix Spark chief and a KC-10 Extender pilot with the 9th Air Refueling Squadron].

[Nicholas Wright, a volunteer 3D designer and printer with the Phoenix Spark office] compared the 3D-printed handle to a tree, layered through many rings to give it strength. "The new handle has stacked layers with a solid piece around it so it's similar to the layers of a tree," he said.

…Wright said it took about a week to develop a solution for the hot cup handle "from learning the software to figuring how to physically print it."