Tools & Craft #116: What We Can Learn By Looking Inside Benjamin Seaton's Tool Chest 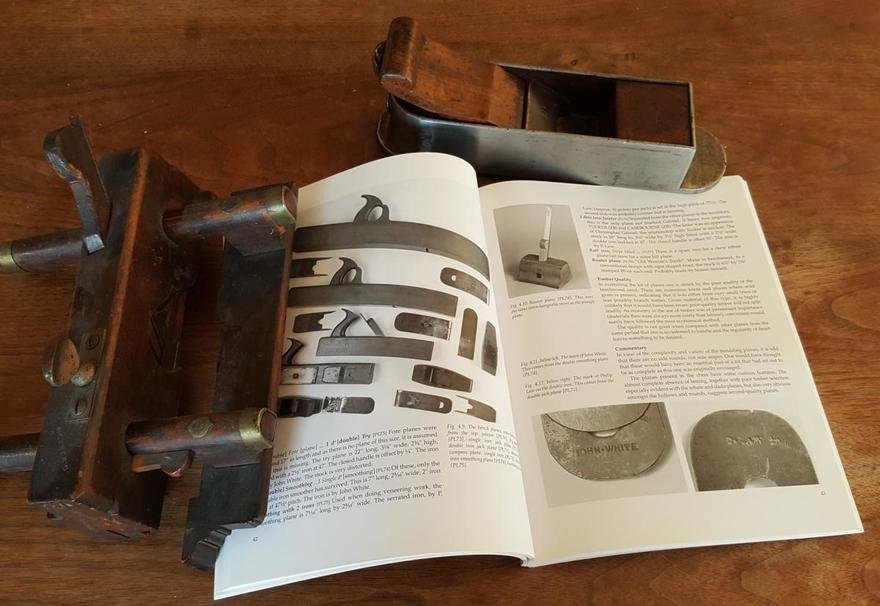 I own pretty much every hand tool ever invented. Then again, I'm a tool collector. But the reality is that many amateur woodworkers who don't think of themselves as collector also amass a huge range of tools. It's because they need them! As amateurs, we do a wide range of work, and in most cases we don't have the opportunity to borrow specialized tools (especially sharp ones).

This situation was not and is still not the case in professional shops. Professionals specialize, and they only have the tools for the work they typically do. If something comes out of left field, or if they do not feel they have the expertise to do even a recurring task, the typical solution is to outsource the work to someone else.

It was always this way, and maybe more so in the days days before power tools. Unless you specialized, you could not work fast enough. An additional problem: it was prohibitively expensive to have all the specialized tools needed by various corners of the trade.

You can see this situation very clearly in The Tool Chest of Benjamin Seaton. The chest was purchased, fully stocked, from the firm of Christopher Gabriel & Sons, a very well known and successful plane maker and hardware store (ironmonger). The tools in the chest were eminently covetable. When I look at the chest, I am filled with envy, and I know I'm not alone in these feelings.

But if you look closely at the inventory that came with the purchase, you realize that you can't actually build early 19th century furniture with the tools. And indeed you were never supposed to. The tool chest is a great example of the specialization in the woodworking trade. What defined high-end custom woodworking in 1797? It was the difference between joinery and cabinetmaking. High-end furniture of the time was veneered, inlaid, and to some extent -less so than in earlier times - carved. The original tool chest had no veneering tools. The set includes a set of gouges in the kit, but they aren't a carver's kit. There is also nothing for finishing.

The reason for these gaps wasn't that Seaton workshop didn't build carved and veneered furniture; it's that, like everyone else, they specialized. Carving was a different guild. After the cabinetmaker built the basic carcase, specialists who worked either independently or within the main shop would handle the veneering, work the inlay, carve and finish.

Seaton didn't have carving tools in his tool kit because he didn't need them. If he knew how to carve, this work would be ancillary to his main work -- almost a hobby. As a carver, he would work very inefficiently compared to a professional carver. Having a nice set of carving tools that would not be regularly used would be a waste of money. Seaton's tools - full sets of chisels and saws, and a good range of planes that is far more diversified than what a less successful journeyman would have - signified his prosperity. He had much more than a beginner would have just have the minimum to get the job done.

It's also interesting to note that there are several veneer hammers in the toolbox that were not part of the original inventory but must have been added later. Why? My best guess would be that Seaton decided later in life as a successful cabinetmaker to to bring operations in-house and either do the veneering himself or by others in his shop. But as a beginning Journeyman - when the case was purchased - he would be specializing and didn't need veneering tools.

The picture above is of the book about the Seaton chest and a couple of planes made by Gabriel that are in my collection.

While I am on the subject of specialization, I want to give a shout-out to Sharpenmygouge.com. This is a carving tool sharpening service started by Mark Atkins, a student of Chris Pye (and under Chris's watchful eye). While most carving tools sold today are sharpened at the factory, Chris Pye teaches that we need to "commission" our tools before use. The factory sharpening leaves the tool usable, but not optimal. When you get a new carving tool, or if you are resurrecting an abused one, you will probably want to lengthen the bevel, and if you follow Chris, to add an inside bevel. And of course the tool itself needs to be uber sharp. This service is really too expensive for a casual sharpening, but well worth the expense for that initial commissioning, especially if you haven't ever used a properly commissioned carving tool. Unless you have the proper equipment, tools that need a lot of work will eat up a lot of your time. In general, a properly commissioned carving tool can go ages with just regular and consistent stropping, so there is a lot to be said for starting off right.