Is your gravy armada in need of vessels? Try one of these brilliant hacks

Most cooking experts agree that a gravy boat is the most crucial piece of Thanksgiving kit. Without a nautical-themed vessel to convey gravy, even the most painstakingly-prepared feast will be a total bust.

However, you may find yourself in a situation where your guests outnumber the gravy fleet. In that case, don't panic--you can use clever kitchen conscription to turn these surprisingly available items into fine gravy boats in their own right.

By allotting one cube's worth of gravy to each extra guest, this makes it easy to see precisely how much gravy is required. Resist the temptation to freeze the trays; it makes the gravy cold.

8. A Funnel and a Cranberry

I know what you're thinking: It would make no sense to use a funnel, since there's an open-ended spout in the bottom. The secret is to plug the bottom with a cranberry tied to a string. Then, when a guest wants gravy, they simply pull up on the string and the gravy flows. Once the string is released, gravity pulls the cranberry back downwards, neatly plugging the spout.

You can fill plastic sandwich bags with gravy, one per guest. Seal or tie them off on the top and place them at 12 o'clock at each place setting. Leave a communal pair of scissors or pinking shears on the table. When guests want gravy, they can snip off a bottom corner of the baggie. The best part: There's no gravy boat to wash at the end!

These might not seem like an ideal choice, but if table space is at a premium and you have an old card catalog from a library, the long shape of the drawers make for a great, mass-accessible gravy boat that can be stored away in the catalog when not in use. The convenient metal handles provide a secure grip even if slippery with gravy.

Most soap dishes feature a slotted top portion, and a completely enclosed bottom portion to capture the water. This makes them an ideal, watertight gravy conveyance. Guests can lift the top portion and wave it over their dish to dispense gravy through the slots. Try it. You'll like it.

These handy, liquid-tight containers have been hiding right inside your laser printer. To transform them into gravy boats, simply score around the parting line with a cordless reciprocating saw, then pry the halves apart with a sharp hunting knife. Carefully drain the ink into plastic bags, to reuse later. Each half of the cartridge can now be used for gravy. To get the whole family in on the fun, have one family member hold the cartridge steady while another does the cutting.

A coffee pot not only has a spout and handle but, once occupied with gravy, can actually lighten your workload in the kitchen. Because after dinner when your guests might ask for coffee, you can point at the pot and say "Sorry, I'd make some coffee but the pot is filled with gravy."

Remove the tissues from a tissue box, because the soft fibers of a tissue will absorb gravy. Then, fill the tissue box with gravy. The "waterfall opening" of most tissue boxes makes it easy to dispense gravy from the front. The cardboard will not hold gravy for long before becoming saturated, so for best results, serve quickly. 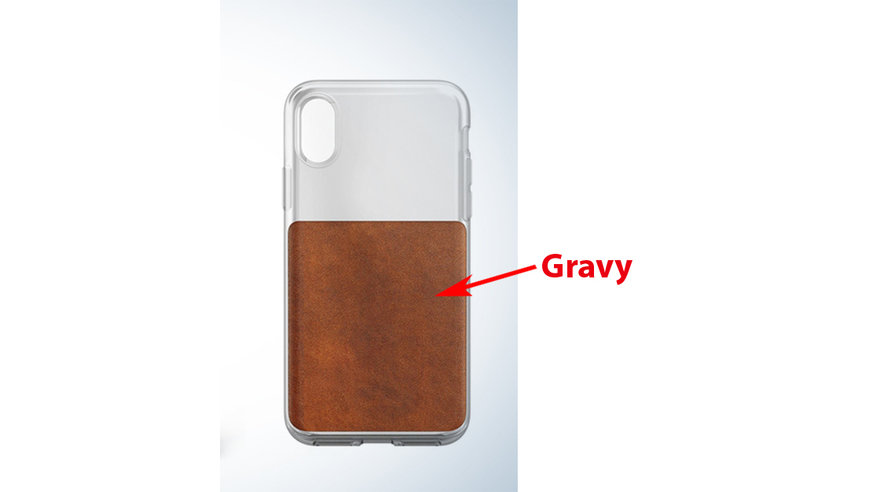 Most smartphone cases these days are watertight--and that means gravytight, too. Simply remove your phone. Then fill the case with gravy through the camera hole, and wallah! Or viola! Or however it's spelled.