Minimalist, pricey and created for charity

Next week Sotheby's will be hosting the RED Auction, the proceeds of which will be donated to the fight against AIDS. One of the most anticipated objects to go up on the block is a diamond ring--not of the antique sort that Sotheby's often trades in, but a strikingly modern one designed by Sir Jony Ive and Marc Newson.

Ive and Newson began their design with a clear (no pun intended) vision, and completed it using what sounds like a very high-tech manufacturing technology:

"Consistent with their mutual obsession with transforming raw material into objects of value, Ive & Newson's design is singular, clear and uncompromised by the traditional metal settings and bands that have previously been required to create 'diamond rings'. Theirs will be created by removing material rather than adding - an ambition made possible by the extraordinary scale of the stone which will enable the ring to be completely made of this material. 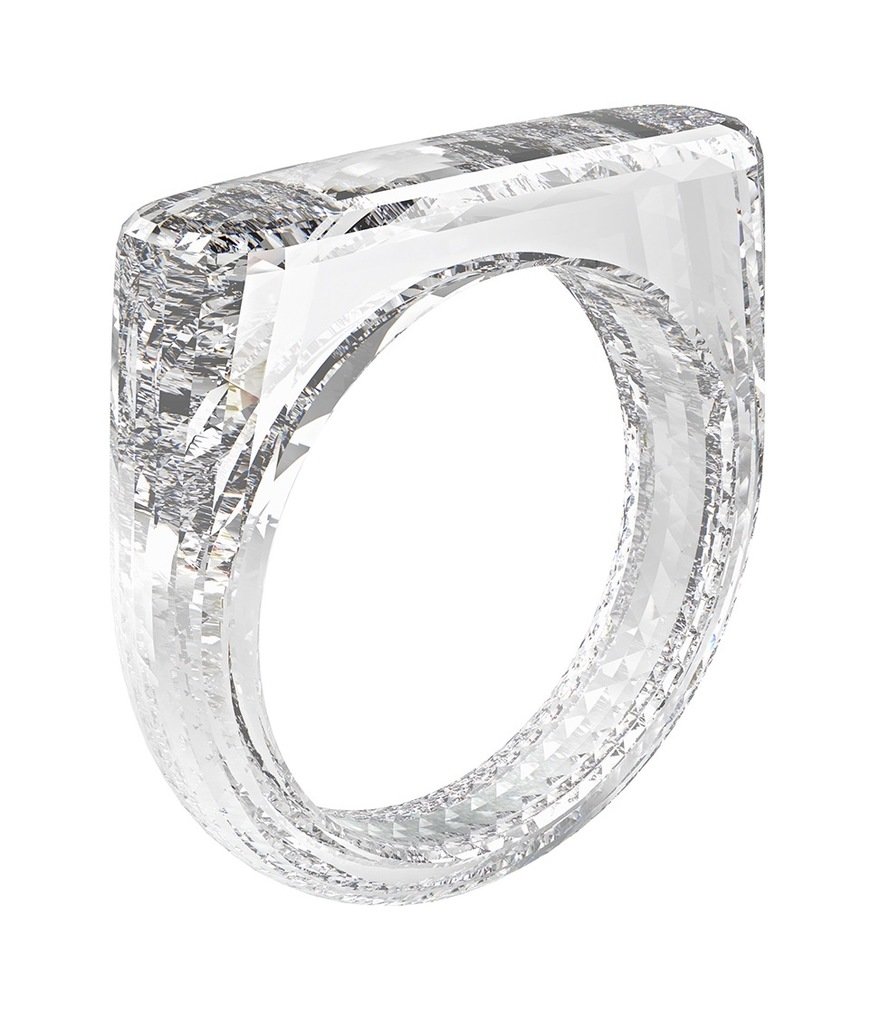 "Creating a ring-shaped diamond is no small feat; the diamond block will be faceted with several thousand facets, some of which are as small as several hundred micrometers. The interior ring will be cylindrically cut out for the desired smoothness using a micrometer thick water jet inside which a laser beam is cast. The finished ring will have between 2000-3000 facets which has never been seen before on a single piece."

The ring, which is expected to sell for $150,000 to $250,000, will be produced by the Leonardo-Dicaprio-backed Diamond Foundry, a certified carbon neutral diamond producer.