Here's a word you probably never expected to see on the Louvre's website: "Apeshit." But that's the title of the collaborative hit by JAY-Z and Beyoncé (a/k/a The Carters) from earlier this year, the music video for which was filmed at the Louvre…

…and the museum, hoping to capitalize on the popularity, is now providing a guided tour based on what's seen in the video. "Follow this trail to discover the iconic artworks from JAY-Z and Beyoncé's music video "Apes**t," the museum writes, listing all seventeen pieces shown: 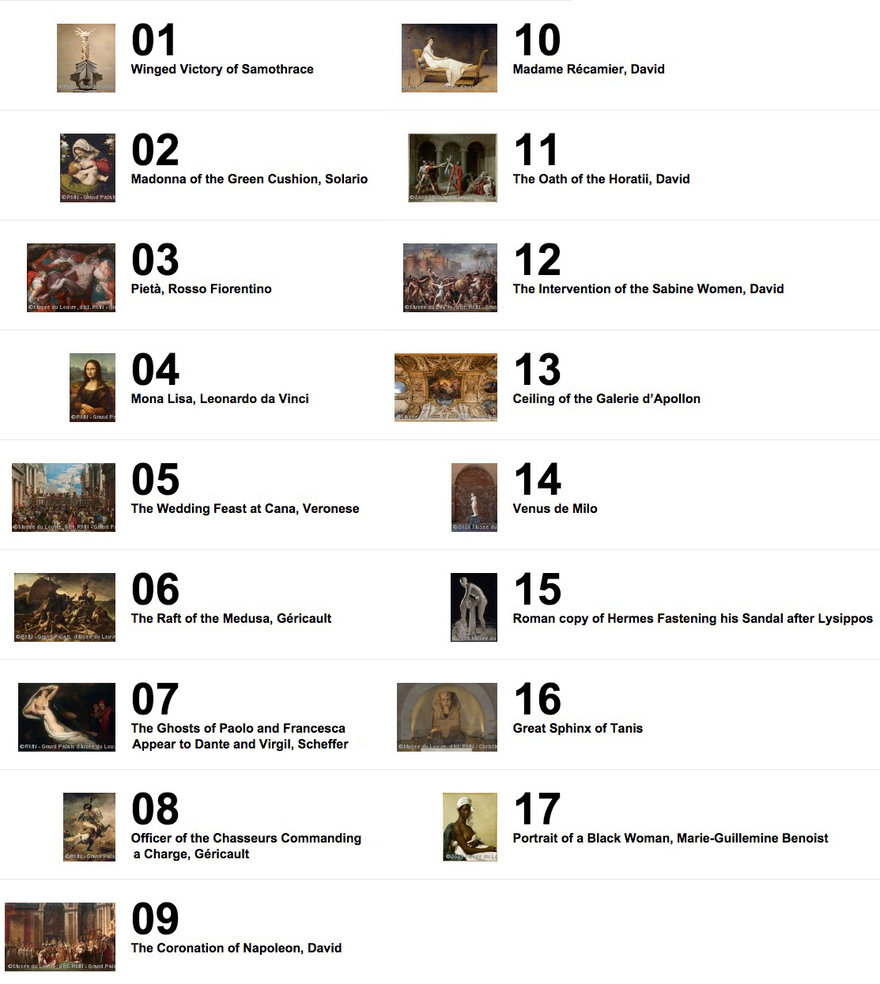 The 90-minute tour is offered on Wednesdays, Thursdays, Saturdays and Sundays.

Paris is a bit far for me to travel to, so I'm hoping Kanye does a video at the Cooper-Hewitt, or maybe the Smithsonian Air and Space Museum.