This week the Twittersphere witnessed an unusual PSA: Actor Tom Cruise and director Christopher McQuarrie, taking a break on the set of "Top Gun: Maverick," urging you to turn video interpolation off on your television set.

What does this have to do with UI? Everything, but first a little background explanation is required. (Skip the rest of this paragraph if you already know what video interpolation is.) Video interpolation is a "feature"--really a fix--that new TV manufacturers came up with to compensate for a technological flaw. That flaw is that LCD and LED screens do not display frames at the same rate that they're shot in. When watching a fast-motion action sequence or sporting event, that motion becomes blurred by the LCD/LED that cannot accurately depict it. Video interpolation thus generates and drops in extra images between existing frames to fill the gap. Depending on how sensitive your vision is, this can lead to a jarring effect where something looks "too real."

Video interpolation, to Cruise and McQuarrie, essentially makes the action sequences they've worked so hard to execute, look like crap. So they want you to turn the feature off:

Now you can see where the UI problem lies. First off, different manufacturers don't even call video interpolation the same thing. "Motion smoothing," "motion interpolation," "video smoothing" et cetera are some different names for it cooked up by each manufacturer's Marketing department.

Secondly, television interfaces have become incredibly complicated. There is no singular knob, button or switch by which you can turn the feature off; as Cruise and "McQ" (I heard Cruise call him that in a DVD extras) point out, you have to do a freaking web search including your brand of TV in order to figure it out. 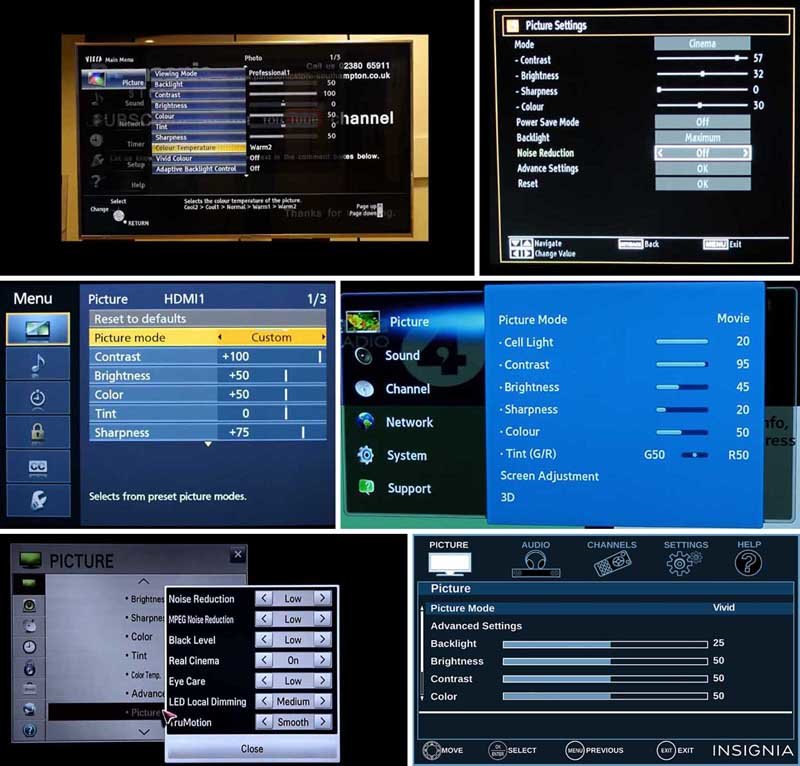 This is what you call a hot mess

The lack of standardization in television UI design is understandable for manufacturers--and undesireable for consumers. It reminds me of getting into a rental car and figuring out where everything is (not least of which, which side the fuel door is on). Or going to a hotel and trying to decipher their climate control system, or their weird designey shower control interface. If everything was the same and we could undertake consistent actions to achieve results, without having to refer to some tome-like manual, that would be the ideal UX.

The problem is that manufacturers have zero incentive to get on the same page. The TV marketers think that calling video interpolation some sexy new name is a competitive advantage. Plumbing fixture manufacturers want some sexy new way to turn the shower on, when all consumers want is to be able to easily set the temperature and the water pressure.

During the Industrial Revolution, manufacturers learned how to mass-produce their own fasteners. If you built a machine, you also built the nuts and bolts that held it together. With no McMaster-Carr in existence, you had no choice.

Other manufacturers of similar machines also made their own fasteners. There was no standardization of thread sizes, no possibility of attaching one company's component with another company's bolt. There was no Society of Automobile Engineers to impose SAE standards.

It was a Wild West of fasteners. But in the 1860s, the U.S. government decreed that anyone who wanted to bid on a government contract had to use fasteners with Sellers threads (a popular thread profile of the time because it was easy for machinists to produce). Around the same time, the major railroad corporations also moved to Sellers threads, presumably to make procurement and repairs easier.

This paved the way for the formation, in the early 20th century, of the Society of Automobile Engineers and their resultant standards, which we happily use today.

Now that that's out of the way: Do you folks reckon "Top Gun: Maverick" will be any good?