"As an industrial designer especially, your audience is neither history nor fame...."

When I was in design school, one of the professors was telling the class about different production methods, and how imagination could be used to adapt those methods to create new, useful things. The example he gave us was with blow molding, which was used to create plastic bottles. He told us that in the 1960s, some industrial designer wondered if blow molding could be used to create much larger things than bottles. At the time, all garbage cans were made of metal and looked like this: 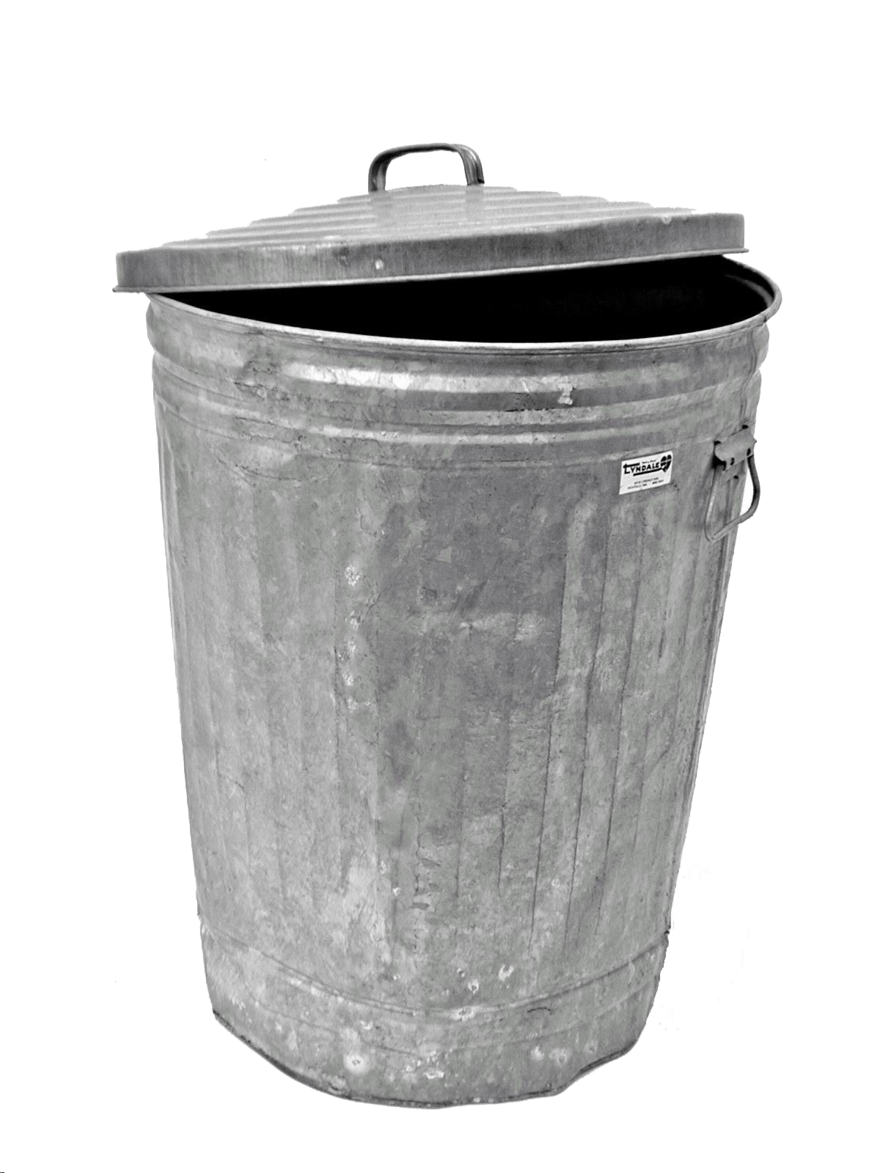 These metal trash cans could take a beating, but they created a terrific din on garbage day, with much clanging and banging. The industrial designer in question wanted to see if he could make a tough garbage can that was far quieter--so tried blow molding one out of plastic. He succeeded, and to this day most of us have plastic garbage cans in front of our homes. 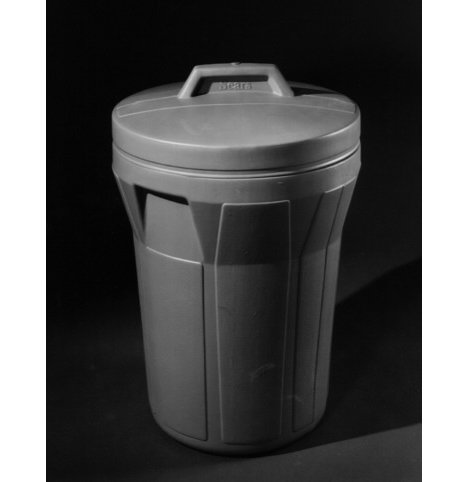 I later learned that that industrial designer was Charles Harrison, and that the garbage can was designed for his employer, Sears. 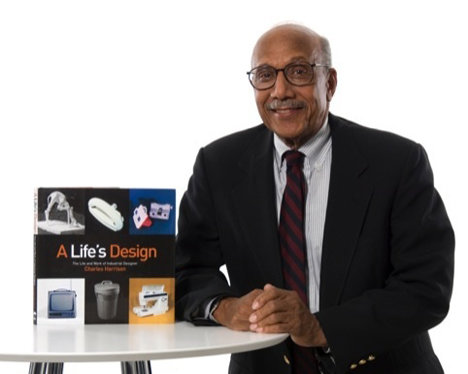 We wrote Mr. Harrison up in 2013 when his memoir, "A Life's Design: The Life And Work of Industrial Designer Charles Harrison" was still in print. Sadly, Mr. Harrison recently passed away at age 87, and we're going to reprint our write-up on him here.

In 1950s America, few people at all were pursuing careers in industrial design. Charles "Chuck" Harrison was one of them. He had talent and degrees from both the School of the Art Institute of Chicago and the Illinois Institute of Technology, but after applying to Sears for an ID gig, he was rejected for a single reason: Because he was black.

Sears' hiring manager, however, recognized Harrison's talent and was able to secure freelance work for him. Not having any African-Americans on staff was the unwritten rule of the time, but the freelance workaround enabled Harrison to start gaining real-world experience. 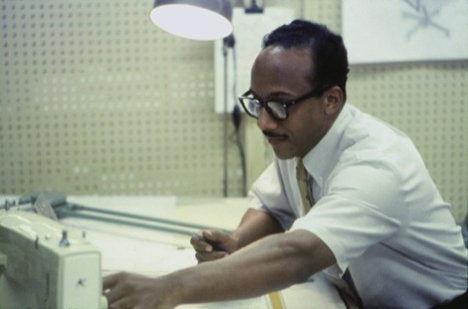 One of Harrison's former professors at Chicago was Henry P. Glass, the Viennese architect and designer. As a Holocaust survivor, Glass knew the ugly face of discrimination well, and having observed Harrison's skills first-hand, helped him secure work at a design firm. In 1958, while working at Robert Podall Associates, Harrison updated the design of the popular View-Master toy, creating the iconic form many of us recognize today (even though Harrison's Bakelite had given way to plastic by the time of our childhoods.)

By 1961 American society had begun poking small holes in the racial barrier, and Harrison got a phone call from Sears: They wanted him on staff. Harrison accepted, and embarked on a prolific career in design.

The breadth of Harrison's work is like an industrial designer's dream: Over the next thirty years he designed Craftsman power tools, radios, hairdryers, sewing machines, kitchen appliances, steam irons, televisions and more, spanning objects that you'd find in every room of the American house, including the garage and the toolshed. 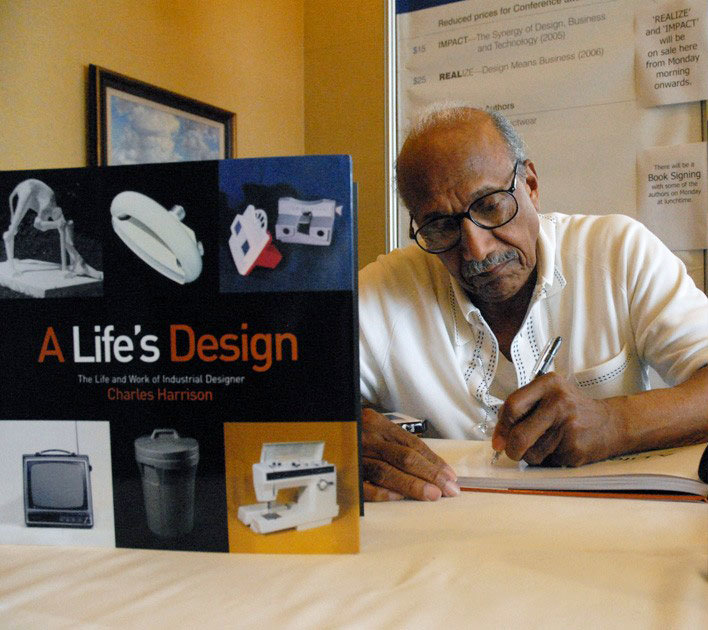 Harrison's favorite project was a humble one with a profound effect: The first plastic garbage can. At the time of its release all other garbage cans were metal, which made a terrific racket when the trucks came to pick up the trash each morning. Harrison's plastic can was decidedly quieter. And he doesn't mind that his contribution is largely unsung: "As an industrial designer especially, your audience is neither history nor fame," he writes, "but a couple who worked hard to buy their first home on a quiet street and would love just one more hour of sleep in the morning, even on trash day." On the practical side, he designed the can to nest, meaning they took up far less space for shipping and warehousing. 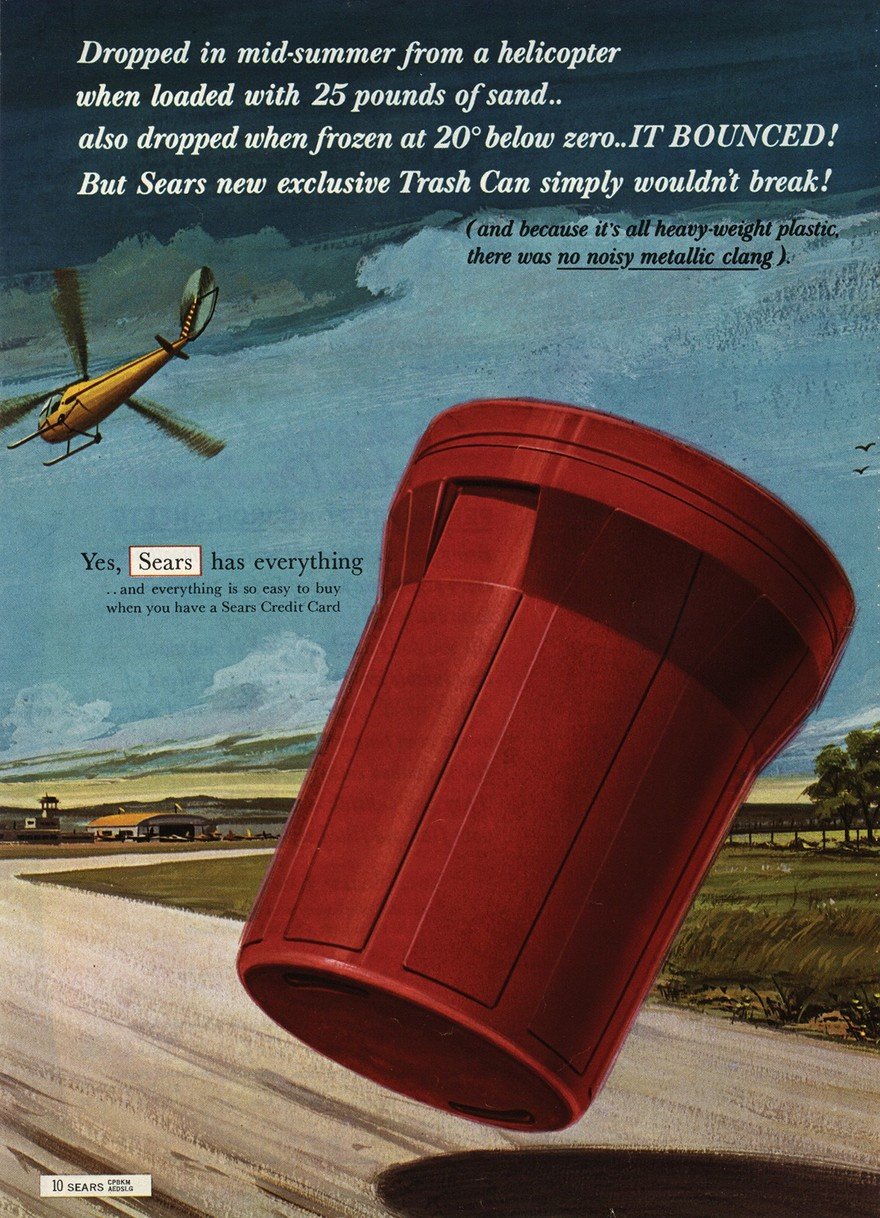 Harrison, who became Sears' first African-American executive, retired in 1993. Throughout the 2000s he taught product design in Chicago. His full story is captured in his memoir, A Life's Design: The Life And Work of Industrial Designer Charles Harrison. 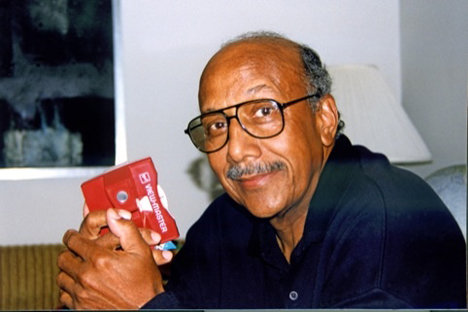 Harrison was one of the designers interviewed for Aileen Kwun and Bryn Smith's "Twenty Over Eighty: Conversations on a Lifetime in Architecture and Design," and you can read an excerpt of his interview here.