Grab Headphones, Listen to Something You've Never Heard Before: The Sound of Wind on Mars 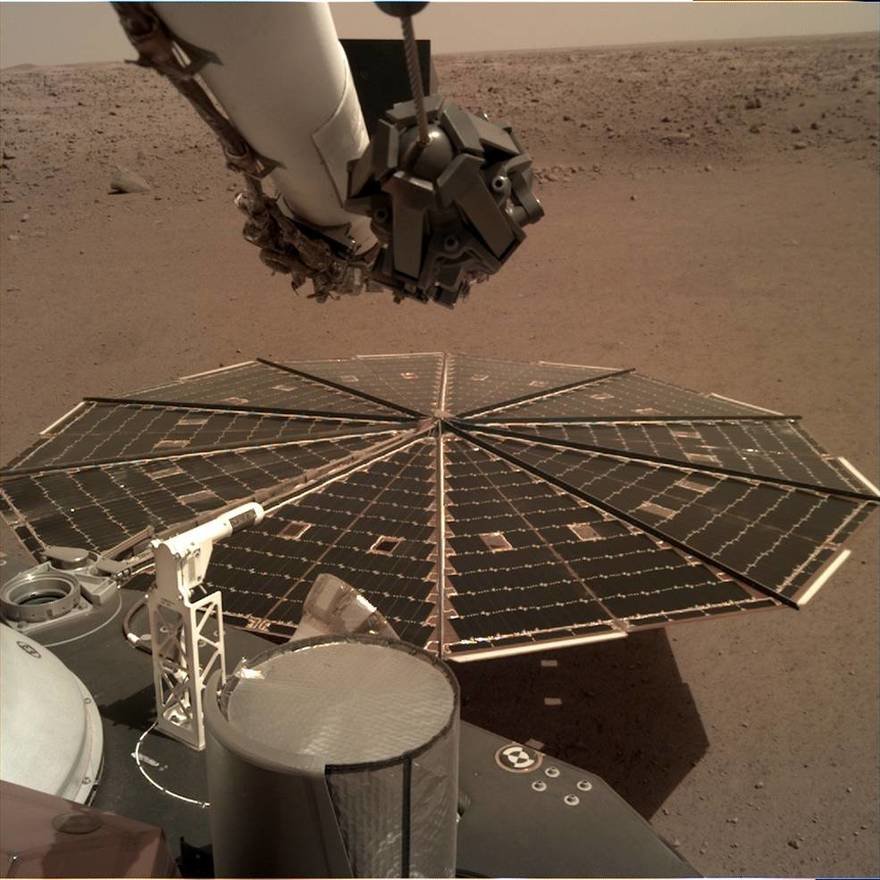 Thanks to NASA, we've all seen photos of Mars. It's red, dusty and featureless, so some of you jerks might now be bored by the miraculous spectacle brought to us by those eggheads in Houston.

Well, now they've upped their game, equipping their InSight Lander, which is currently hanging out on the red planet, with an air pressure sensor that can record air vibrations. They've also given it a seismometer that can record "lander vibrations caused by the wind moving over the spacecraft's solar panels." NASA can essentially distill the data from these two sensors into an approximation of what the wind sounds like on Mars, which they have released here. (Note: Use headphones for the full effect. It's pretty bass-y.)

"The InSight lander acts like a giant ear," said Tom Pike, InSight science team member and sensor designer at Imperial College London. "The solar panels on the lander's sides respond to pressure fluctuations of the wind. It's like InSight is cupping its ears and hearing the Mars wind beating on it."

"Capturing this audio was an unplanned treat," said Bruce Banerdt, InSight principal investigator at NASA's Jet Propulsion Laboratory (JPL) in Pasadena, California. "But one of the things our mission is dedicated to is measuring motion on Mars, and naturally that includes motion caused by sound waves."

Surely some famous DJ will remix the sounds for their next set on Ibiza. And if it's a hit, they can plan to have a follow-up track ready in a couple of years. NASA's Mars Rover planned for 2020 will be bringing two actual microphones.

Grab Headphones, Listen to Something You've Never Heard Before: The Sound of Wind on Mars