The Port Authority is open to suggestion

Is there such a thing as common sense? You might want to believe there is, but when you read that people accidentally die while taking selfies in front of charging bears or alongside tall cliffs, the answer would appear to be no.

Is there such a thing as common aesthetic sense? Not within the ranks of the Port Authority of New York & New Jersey. Each year some PA employee is tasked with hanging holiday decorations on the entrance to the Holland Tunnel. Look at how this numbnuts chose to place the decorations: 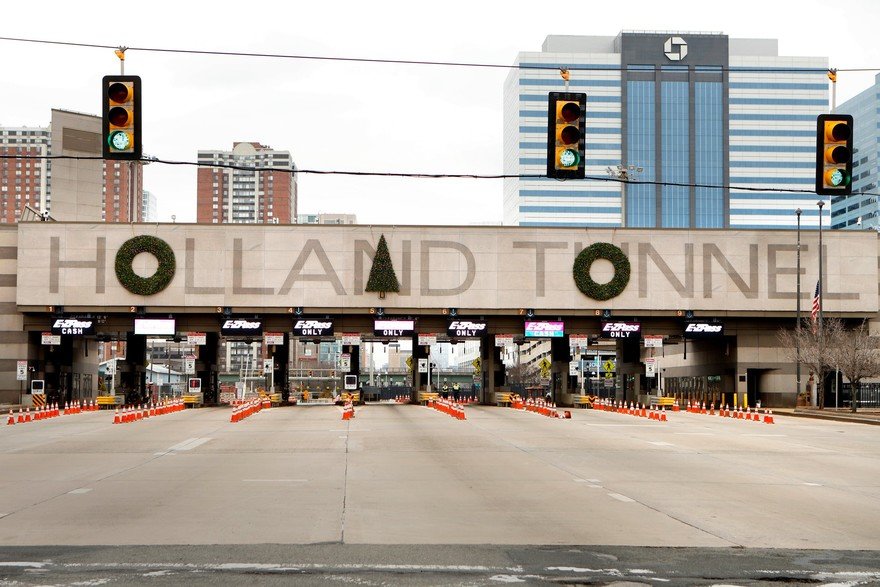 This finally raised an outcry among irritated commuters, who then lobbied the PA to move the decorations. The PA responded by launching a poll for what they're calling the "Great Holland Tunnel Decoration Debate:" 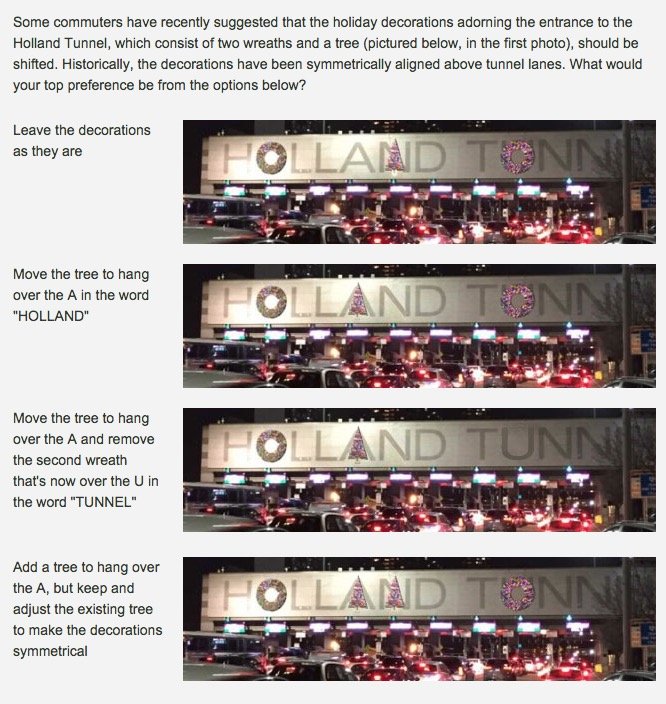 If you'd like to cast an online vote, you can do so here.