He helped keep Polaroid's classic analog instant film in circulation. Now he wants to do the same for Fujifilm.

Polaroid probably wouldn't exist today were it not for Florian Kaps. (Most people know him by his nickname, Doc Flaps.) When Kaps discovered the company's analog instant film in 2004, he started selling it online and built a community of 40,000 instant photography enthusiasts. In 2008, when Polaroid announced it would stop producing its iconic instant film materials, Kaps bought the factory. And in 2012, he rallied a new generation of instant film enthusiasts with his Kickstarter campaign for a camera that turns iPhone photos into instant Polaroid prints. 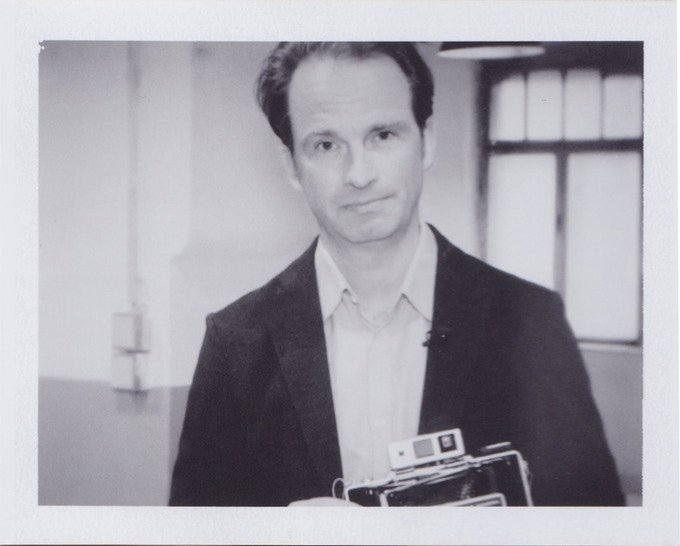 Florian Kaps has been on a crusade to save instant film since 2004.

But these days Kaps doesn't hold much sway in the company. He gave up the majority of his shares to a collaborator's family business, and when he approached them about rescuing another classic instant film—Fujifilm's packfilm—that was about to go out of production, they were unwilling to help preserve their historic competitor's historic product. So Kaps launched a new campaign, live on Kickstarter now, to revive this lesser-known instant film.

"It's a super magic material," says Kaps. "It's older, made for cameras from the 1960s and '70s, and was only actively distributed in Asia before Polaroid slowed down its instant film production." (The two companies were historically fierce rivals, and agreed to stay out of each other's territories.)

Fujifilm packfilm is more delicate and requires more patience, but Kaps thinks that's what makes it appealing. "When you look at it technically, it's not as brilliant, not as easy to use, but when you want to have a non-digital product, this is better. It has a nice smell. You touch it. You can do a lot of creative techniques with it. It's the origin of instant film."

One Instant film is more delicate and more complicated than Polaroid film.

Given what he learned reviving Polaroid's film, he thinks this more sensitive, more finicky product is exactly what today's instant film fans want.

"When we started the Polaroid project, we were targeting people of our age—people who are 45, 50, who know this material from their childhood and have romantic memories of it. But it was the younger generations, who grew up digitally, who became our most enthusiastic customers," Kaps says. "They are so curious, and Polaroid film helped them understand photography with a new perspective. Instant film is open: you can see the process, how chemicals and light and temperature affect it, how everything works. It is just a beautiful playground."

And he thinks physical mementos become more resonant as digital media makes our memories less tangible. "Your parents' photo album doesn't exist anymore. It's all digital. The antidote is to take the time to take one shot and capture very special moments that you can touch and you can keep. Instant film—without requiring a dark room, without taking very long to develop—is the perfect combination of analog and digital sensibilities."

But his friends at Polaroid were harder to convince.

"On the one side, our original project was super, super successful. Polaroid lost face." The company thought it was time to phase out its instant film, Kaps says, but his project proved that thousands of people were excited about the analog product. "We restarted production and then bought the Polaroid brand. We produced more than three million packs of Polaroid film," says Kaps. "On the other hand, the situation that we are in today is a total disappointment. We started the project to keep all kinds of materials like this alive. Polaroid has grown so much that the concept of saving packfilm is impossible for them now. So I say, 'Okay, I have to do it again.' which is just a funny situation."

But he doesn't think the project will end in the same kind of competition that once kept Fujifilm's packfilm out of American and European markets. "I still think at the end of the day, all of us will work together again and produce beautiful products," says Kaps. "There's no competition, it's just a niche market product."

"My hope is not only that we can save the material, but that we can also be an example for people doing things that big companies don't want to do. Beautiful things deserve to stay alive."

One Instant is live on Kickstarter through January 4, 2019.