Where would footwear design be, without an accurate way for customers to find the right shoe size?

You've all seen this thing, but unless you're a footwear designer, you might not know what it's called: 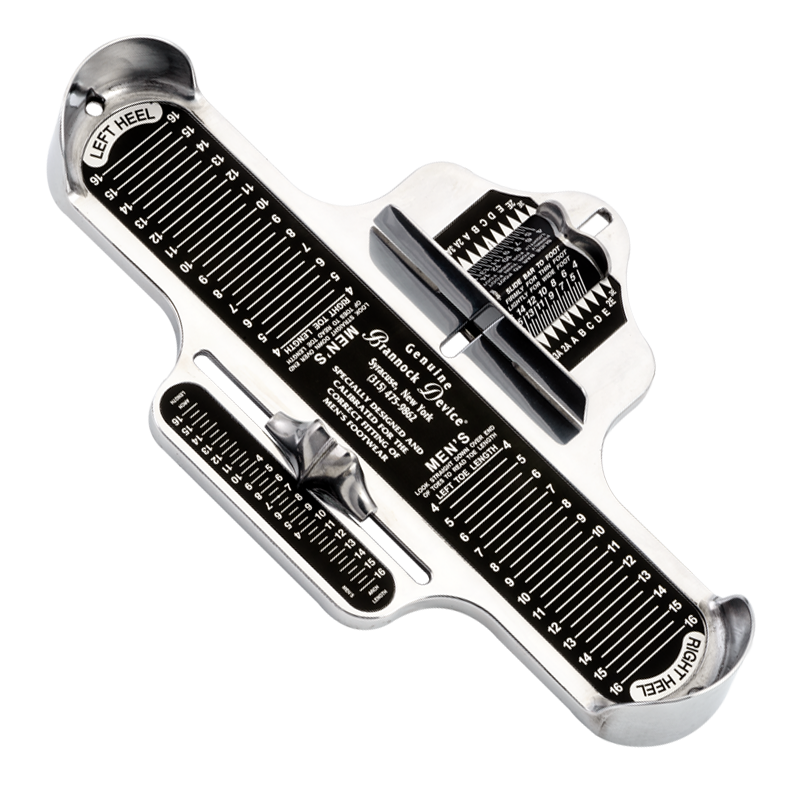 That's the Brannock Device, a dead-accurate shoe size measuring object invented by a Syracuse University student in 1926. I love this thing because it's useful, it's made out of steel and the design has been largely unchanged since it first came out. 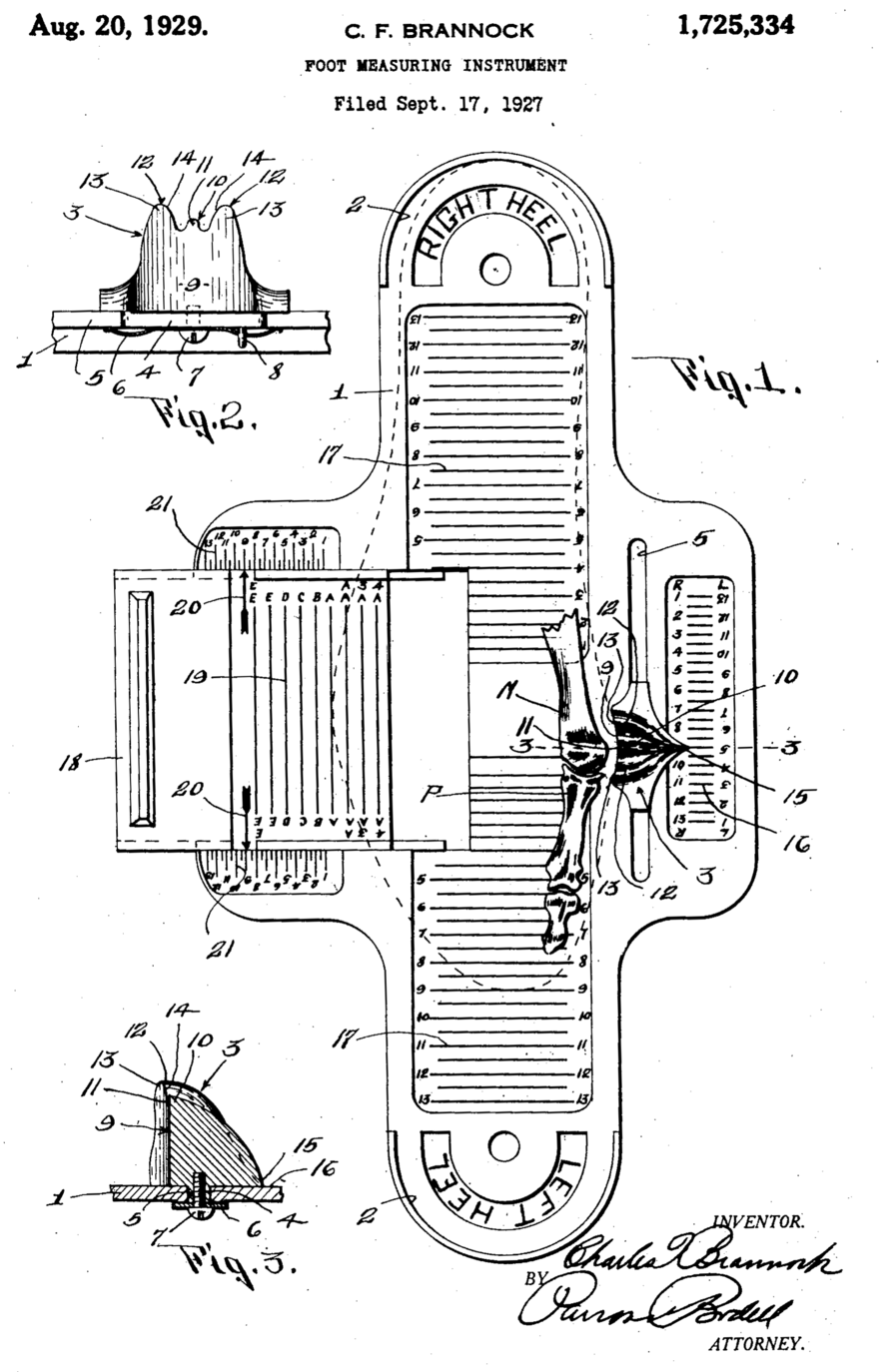 It was invented, patented and produced by Charles Brannock, the aforementioned Syracuse U. student, whose father was co-owner of a shoe company. At the time people used this wooden thing, called a Ritz Stick, to determine shoe size: 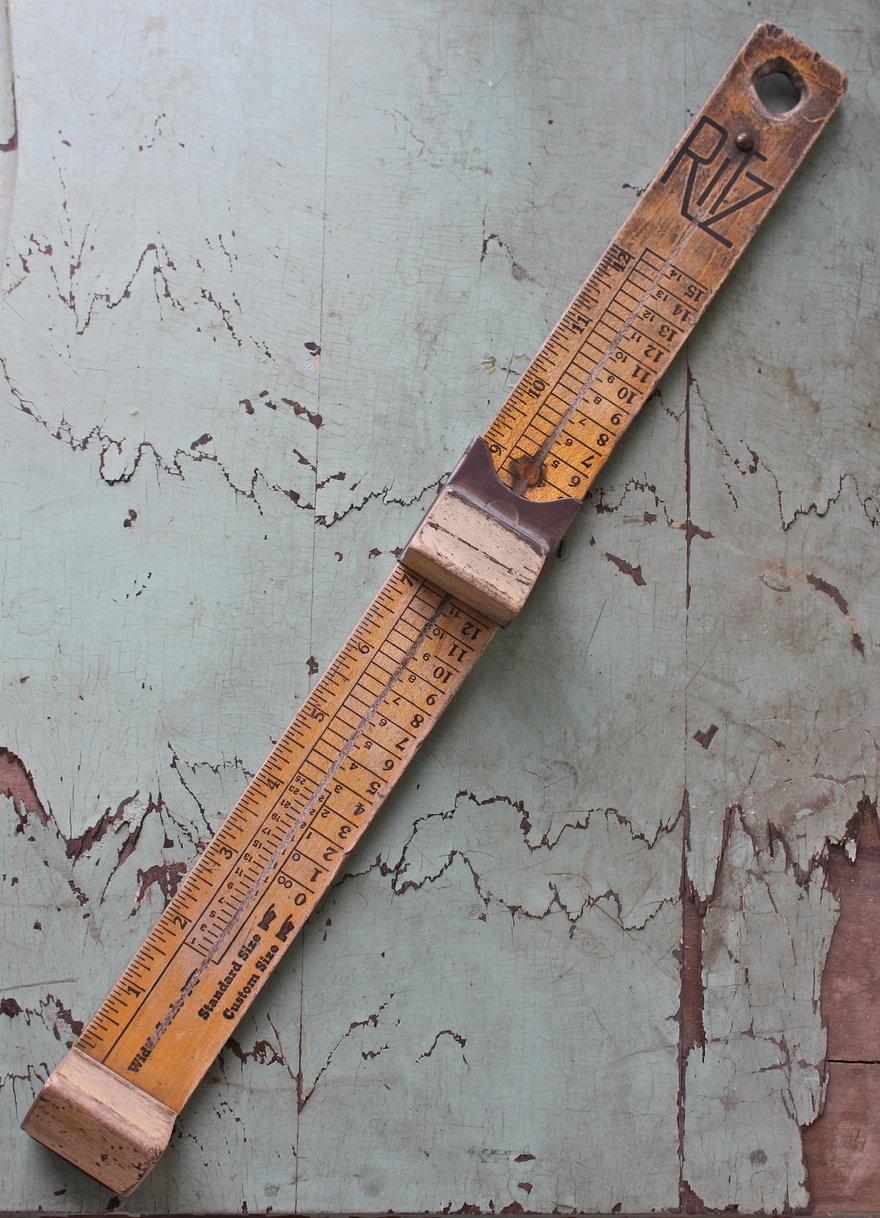 - Brannock's business received a huge boost during World War II, as "the Army hired Brannock to ensure that boots and shoes fit enlisted men," according to the company history. "That's when Brannock first expanded his manufacturing facilities."

- Here's how shoe sizes actually work: "A Men's size 1 is 7-2/3 inches. Each additional size is 1/3 inch longer. Widths work the same way. Each width is separated by a distance of 3/16 of an inch. There are actually nine widths in the US system (width actually varies with foot length): AAA, AA, A, B, C, D, E, EE, and EEE." 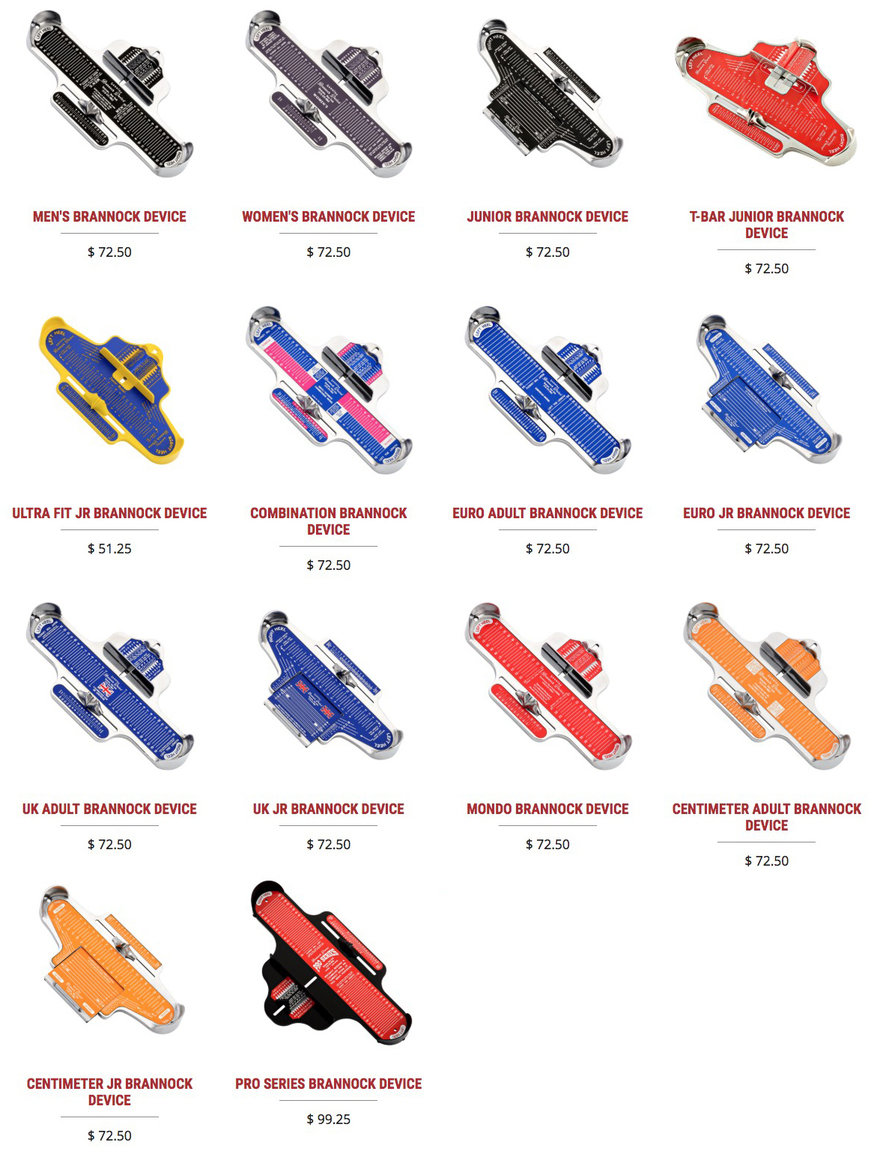 One disappointing fact cited by the company:

- "Today, most shoe stores don't get rid of their Brannock Devices for 10 or 15 years, until the numbers finally wear away from so much use."

The thing is made out of steel, so it ought to live forever, not just 10-15 years! There should be some way to reapply the numbers, as that seems like a particularly glaring flaw.

Today the Brannock company still manufacturers their product at a small facility outside of Syracuse--but, unsurprisingly, they're fighting for their lives against cheap Chinese knock-offs.