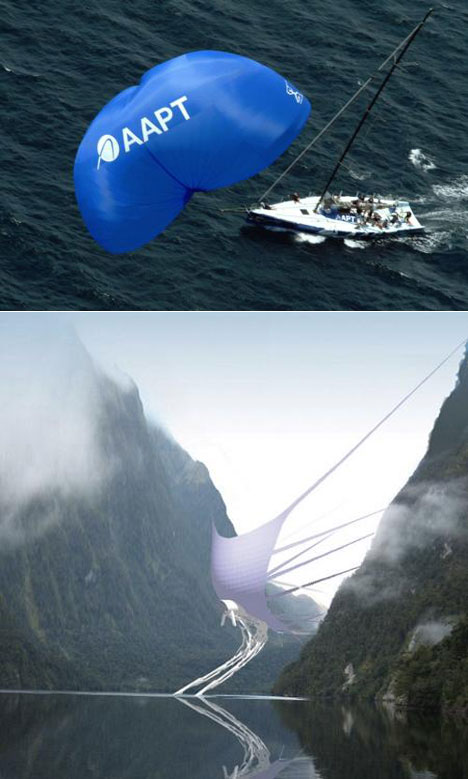 Kites are a 2,800-year-old invention that have been used for everything from simple recreation to message-sending to meteorology. Ben Franklin discovered elecricity with it, the Wright brothers experimented with man-holding kites, and nowadays they're even used to tow commercial ships and yachts.

Now architect Laurie Chetwood has another use for it: energy generation. Chetwood's Wind Dam project uses a 75-meter kite with multiple tethers to funnel wind into a turbine, creating juice. The first prototype is slated to go up on Lake Lagoda in Russia; if it works well, we'll see more. Chetwood is optimistic: "[It's] highly effective at capturing the wind because it replicates the work of a dam and doesn't let the wind escape in the way it does using traditional propellers."